There will be a benchmark timing recorded at the beginning, before the start of the Original Bootcamp session for newcomers and at the end of the twelve session. For seniors, the assessment will determine their improvement that is benchmarked against their previous assessment. Today was my fourth  benchmark assessment and compared to the first assessment, I am proud of my timing........ although I was targeting a better time. I am inspired, motivated and proud to see the improvement and progress of other recruits (See: OBC Timing Records).

The circuit for benchmarking assessment is similar every month but the condition of the field varies all the time without a perfect field condition. At times, the field was flooded with ankle deep mud and once, the field was dry but with an uneven surface (resulting from the mud & flood). Today, part of the field was muddy and un-even. I heard Claire fell while running. During one of the assessment, I lost my shoe and had to search for it in the mud. In another assessment, I lost the right shoe sole and ran without it......  it was so slippery.

There were two part of the assessment. First part was for overall strength and the second part was a 1-mile run. For more details on the benchmark circuits, please refer to previous blog-entry (January-Assessment; December Assessment, November Assessment) 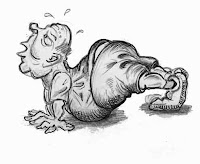 The push-up, grunts and military sit-up was not difficult but when pressing for speed, sometimes the form was incidentally subconsciously compromised... or it felt like it or maybe the circuit was getting easier. During the One-Mile run, at first I cruised slowly behind Chun SSJ and came second on the first lap but this Super-Delta was too fast for me to catch up. He disappeared on the third lap.  I slowed down on the third lap in hesitation, worried about my knee. Claire, another Delta overtook me before I heard Jordan whispering from behind.... 'Armin.. you can do it'... and bypassed. I cruised slowly with Jordan for two laps. As I completed the fourth lap, Corporal Faizal screamed "bigger stride Armin!!" that woke me up from the "Runners' high hallucination" and I increased my speed. I lost Jordan after the fourth lap and continued to run faster to catch up with Claire. There was a sudden surge of energy when Lans Corporal Stephanie called out my name and kept appearing (from nowhere)  beside me prompting two more laps. I sprinted the last two laps and scream "TIME.. TIME..... TIME...... as I get nearer to Corporal Faizal on the last lap......... "9:03!!!!", screamed the young eligible Corporal a few moment later...

Before the warm-down, I did another 30 repetition of push-up... suddenly I felt the exercise today was not enough...  Maybe I need to go to the gym later. Now, I am still feeling very 'high' probably from the excess adrenaline during that last sprint.... 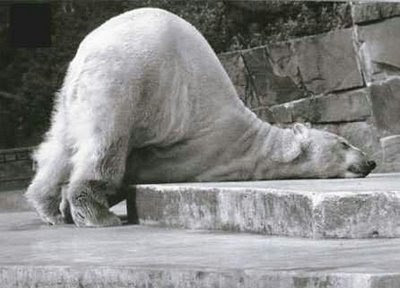 Maybe this is why the Bootcamp is so addictive!!