Posted by ARMIN BANIAZ PAHAMIN on June 23, 2012
I was in Kota Kinabalu twice to climbed up the highest peak in South East Asia Mount Kinabalu, once to run the Borneo International Full Marathon 42.2km and twice with Allianz. The first, we stayed at the Sutera Harbour and this second trip, we stayed and gathered at the Shangri La, Tanjung Rhu. Although Kota Kinabalu is not a stranger to me but the modus Operandi of the taxi there was.

On a 24 random sampling (including my own experience) done on a population of 240 delegates from Allianz that had taken a cab in Kota Kinabalu, I discovered that none of the taxi uses the meter to charge their passenger. Infact, I can safely say that 70% of the taxi in Kota Kinabalu does not even have any meter to use!!

The balance 30% of the taxi in Kota Kinabalu that was actually installed with a meter, the metered taxi starts at a whopping RM10.00!! The taxi driver claimed that it was the Road Transport Department (JPJ)'s directive and did not have any qualm with me taking a picture of it when he saw me in disbelief. However, even those taxi meter never used the taxi and charge on a flat fee basis ala take it or leave it. 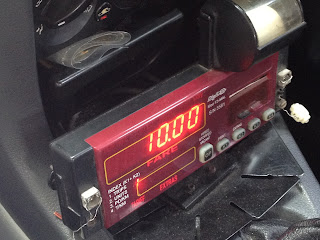 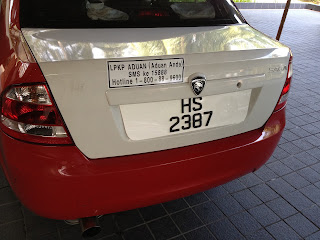 Since they quoted JPJ and being curious, I shall make some phone call to the Public Transport Commission (Suruhanjaya Pengangkutan) and some friends at JPJ to inquire if it is true that in Kota Kinabalu the taxi meter start at a fix rate of RM10.00..... Stay Tuned!!

This unregulated unscrupulous taxi mediocre is bad for our Tourism especially when Kota Kinabalu is one of Malaysia wonders for tourist being one of the hub for Airasia and world's best spot for diving, snorkeling and nature.