Posted by ARMIN BANIAZ PAHAMIN on January 19, 2010
.
Its the 7th out of the twelve Bootcamp session today and we are all still an ACE!!! 100% Attendance, Commitment and Effort. Yesterday on Sunday, the following 13 from KL Alpha recruits participated in the New Balance 30km Race (see Kiasu @ New Balance) (see bottom page for timing)...

After a torturous NEW BALANCE run yesterday, every body was there at 5:45am, Padang Merbuk for the 7th Bootcamp session without any late-comers except for err... Vivien Luyen whom arrived 1 second later (*stick tongue out*..). I was still limping and in pain from the knee problem but did not want to break the training momentum especially with the ACE-pact made and took the 'knee-friendly-option' exercise during the warm-up instead of the squat and lunges.

After the warm-up, Sarge Simran came and whispered to me to care for the knee and do not participate in the training today... "Armin, you should avoid the training today and avoid further damage to the knee", said Sarge Simran, a very concern chief that received the respect of many recruits. "Thanks Sarge but I do not want to break my training momentum", I replied. "Furthermore, I can still work my upper body.", I added. "Oh... in that case Armin, maybe you should join Corporal Faizal Ariff's circuit, because the Delta will be doing alot of leg workout" Said SargeSimran. "Yes I will, Hooyaah Sarge", I was all smiling. At the Bootcamp, there are always options for 'problematic' recruits.

I joined Corporal Faizal Ariff's circuit with the Seals. There were three well-planned circuit prepared for today with the following summary:

The circuit under Corporal Faizal began with the Seals being divided into two (2) ranks; front and back. The front rank began with 20 meter Bear-Walk to the yellow cone and back whilst the back rank performed 15 repetition each of Military push-up with Mock rifle, Squat with mock-rifle, front-deltoid lifting the mock rifle at shoulder height and shoulder press whilst waiting for the front rank to return from the Bear-Walk. The role was reversed and the circuit was repeated non-stop for 8 minutes. I did one set of the Bear Walk and stayed at the Back rank to performed all the workouts again instead of the Bear-Walk when my knee gave way again. Corporate Faizal vary the exercise and introduced a new 8-Point Push-up which I was not able to perform due to the over-used and painful knee. For the first time ever, KLA Seals were quiet without any moans, groans or any voices...............

We then left for Corporal Dharmendra's ULAT BULU (caterpillar) circuit
The circuit began with 8 repetitions for each of the followings:

After completing the above, we had to performed 20 meter ULAT BULU walk.. which began in a Push-up form, we move/walk both leg towards the hands that is stationary and fix on the ground (shaping a V-shape with the ass pointing up). As the legs get nearer to the hand, locked both leg and move the hand forward to form the push-up position. Perform the Ulat Bulu walk to the yellow cone and back to start point.

This is one of my favourite, 5 star circuit. KL Seals was too quite that I had to break the silence by screaming everybody's name.......... the field was too 'scarily' quiet.

When the Seal went to the third circuit with Sergeant Simran, I stayed back and re-joined the Delta with Corporal Dharmendra. At the Delta.... even Chun SSJ was without any voice... Everybody was quiet. Who would ever thought that Chun can be without any noise. The only voice heard from Chun was the initial....... "Hi Jordan"....  Yesterday's 30km race must have taken a toll to everybody's energy.

Sergeant Simran's circuit was Sandra Baglog Killer Leg exercise which was too strenuous for my knee but the workout comprised of 15 repetitions for each of the followings:

After completing the 3 above, with the sandbag raised high up with both arm, run 30 meter to and back from the yellow cone and repeat the circuit again for two sets of 8 minutes per set.

Still feeling lethargic, exhausted and in frustrating knee pain, I have to salute all the Bootcampers that completed the New Balance Race yesterday and was still able to wake up at 4am to train with us today. The Kuala Lumpur Alpha runner's timing are as follows: 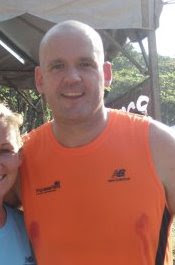 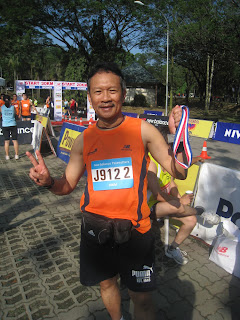 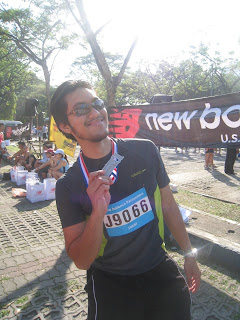 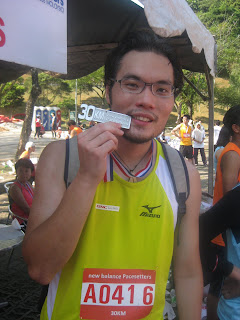 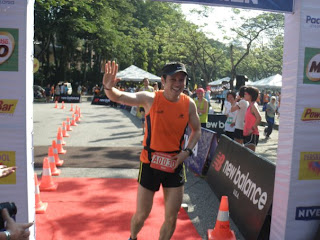 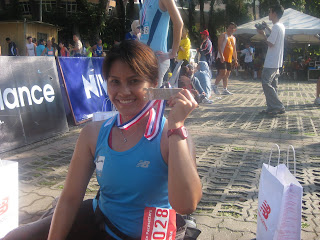 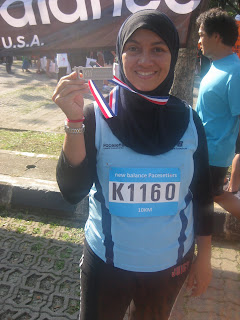 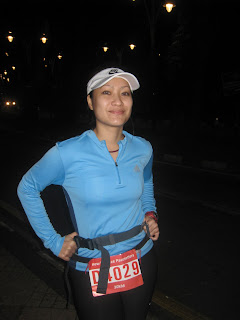 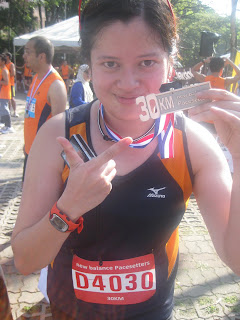 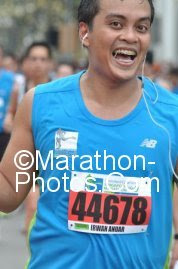 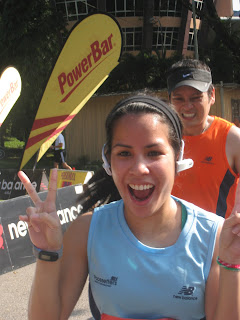 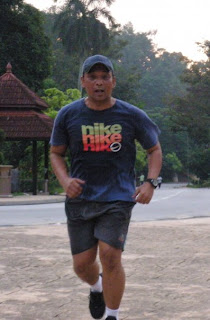