5 sessions down, 7 more to go for 100% ACE........ We had only two (2) AWOLS today and was penalised with only two (2) 30 seconds squat pulses for the AWOLS. Our trainers today was commanded by non other than the one and only OBC Sergeant, Simran Latiff and assisted by Lans Corporal Elin and Lans Corporal Stephanie. Corporal Faizal Ariff close rank and became one of us trainee.

Yesterday, I was at PJ Alpha at 5am as an observer.... to send Nawal Aini and sighted someOne for ACE. At PJ Alpha, I met RJ Rahman Mansor, Alex Nathan, Shamil Tan and for the first time met Yong Taw Foo.. she is smaller than I imagine. If there was any difference in comparison, it must be the team-work at PJ Alpha. The teamwork there was exemplary.. everybody contributed and worked hard to get 105 Grunts to lose more weight!! At KL Alpha, the most that we get, was only 20 grunts or 6 squat pulses. Congratulation and well done PJ ALpha.. keep up the good work.

Today, the recruits were divided according to their respective ranks Delta, Seal and Rangers and there were three (3) circuits prepared under each trainer.

Sarge Simran took the Delta on the first circuit with five (5) Ropes. 4 Deltas were assigned to each ropes. Danial Ismail, Marcus Jau Chan (again), Kenny Smith was in my team. With two (2) Deltas at each end, one Delta had to hold the rope whilst the other prepared to sprint. When the Sarge signaled for the start, BOOM... the two Delta holding the rope had to SHAKE-SHAKE the rope creating a wave-look whilst the other two deltas sprint for approximate 20 metres back and forth before tapping his partner to reverse the role from sprinting to shaking. The workout was repeated for three sets of 6 minutes, 4 minutes and 2 minutes for the first, second and third set. There were three types of Shake-shake the ropes but there are all for upper body and 'base muscle' workout.

The Beauty & the Dirty
The second circuit was for the Hour-glass shape workout .... in the MUD.. in pair. I was paired with superfit Marcus Jau Chan (again...scary but a damn good partner). At the Second circuit with LC Elin, we performed a non-stop 15 minutes endless sets of 5 repetitions for each of the following workout:

Deltas had to repeat the above workout until the 'Flipper' reached the other end. The slower the flipping, the more sets of the workout to be performed by others in the team. I can hear Chun SSJ shouting (dont know why?) at Clair calling her Jordan, mistaken identity which attract the laughter of the whole platoon.

The total calories burned today was 651 calories only....... Maybe I did not gave my 100%, the average calory burn otherwise would have been 750.I tried to be serious while training but the moment weirdo Chun SSJ start cracking up spontaneous remark and teamed-up with Shobha..... i just cant help but to start laughing in Pain.

Today we partially completed the list of Seals as a monthly 'get-to-know' our comrade project first initiated by Super Senior Delta Dr Malek Aziz in December last year. The last posting (see: here), we listed down the those in Deltas at KL Alpha. 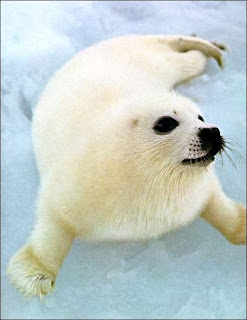