Today is the last 2 sessions for 100% ACE!!! Rose Emini Pahamin & Nyna Mohsein had already replaced this last 2 days at PJ Bravo during the first two weekends of the month having anticipated their travelling schedule to performed Umrah at Mecca,Saudi Arabia.

The Kiasu Council had also re-define the 100%  ACE as a full 12 sessions or 12 hours of attendance at the Bootcamp and accepted the 2 hours @ Platoon VS Platoon as part of ACE. Therefore granting the appeal by Dr Malek Aziz, Farhanah Bamadhaj, Shobha Bala, Vivien Luyen Ow, Saroop Rampal, Danny, Wan Rozana Aziz and Nawal Aini for a maximum of two stay of leave from January Bootcamp. As such, as of now, all the 31 ACE-PARTICIPANTS are still an ACE.... subject to the last session this Friday, 29 January 2010 which is last determinant factor for "KIASU ACE HALL of FAME".

As normal, we gathered at Padang Merbuk rugby field for our thrice weekly training. Today session was breath-taking, strenuous, hard, kick @ss and painful.. just the way we love it!!! Sergeant Simran, Corporal Faizal Ariff, Lans Corporal Stephanie was the trainers for the day. The field was ready with red and yellow cones prepared. There were Five Red Cones 10 metres apart and One Yellow cones approximately 30 metres away from the fifth or the last Red cone.

We had no penalty grunts or squat pulses after the routine warm-up and our platoon was divided into their respective rank Delta, Seal and Rangers. The Delta's circuit was with a huge tyre that was stuffed with 6 sand bags. (Four times bigger than the tyres in the picture on the right)

The Delta was further divided into 5 teams of 4 pax per team. Each team took their position in five files.that was marked with the Red-Cone to performed the followings 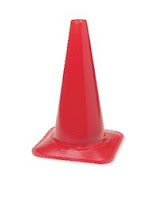 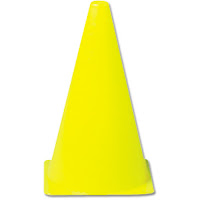 The Yellow-Cone marked the spot that the team with the tyre supposed to run and U-turned back to Red-Cone 5.

We managed to complete 3 sets in the given 8 minutes before we took 1 minute water break. After the water break, we continued with the same circuit but the exercise was change to the followings:

We completed another 3 cycles in the second 8 minutes and took another 1 minute water break. Then, we continued with the second set that was all about Sprinting.....

The exercise, was then change to an abdomen exercise while lying down. With head and shoulder up, the hand must touch the shoe-lace with the leg raised at 90 degree. The Delta, Seal and Ranger took turn to run across and back from the Rugby Field on a similar relay while others performed the exercise awaiting for their return.

The third set similar except the exercise was now changed to Tricep dip.

I am always impressed and motivated by the Trainers' fitness. At the Bootcamp, the trainer trained with us and not just all talk and command. Today, Sergeant Simran carried the tyres with us, sprinted faster than any of us, performed push-up, did the squat pulses along with all of us and never failed to performed any exercises prescribed to us perfectly. Sarge Simran's attitude is a motivation to all of us and should be made an example for other OBC and non-OBC trainers too.

Today was another excellent day of workout.......... Although I only burned 640 calories but the tricep, chest, shoulder, abdomen muscle was burning more. After today's session, we are not worried of flat tyres anymore, we could just carry the tyre to the next workshop and have it repaired Eeek...!!!