Sultan of Johor Passed Away 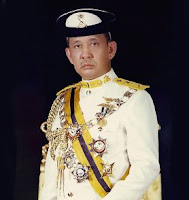 Sultan of Johor Passed Away.

The Sultan of Johor, Sultan Iskandar Ibni Almarhum Sultan Ismail, passed away  last night after ruling the state for almost three decades at 7.08pm on Friday. He was 77 years old.

The ruler left behind his wife, the Sultanah of Johor Sultanah Zanariah and 10 children. Sultan Iskandar was born in Istana Semayam, Johor Baharu on April 8, 1932, and was made the Sultan of Johor on May 11, 1981. On Nov 15 1984, he was installed as the 8th Yang di-Pertuan Agong.

Two hours before his death, the Tengku Mahkota of Johor Tunku Ibrahim Ismail was appointed the Regent.

He will be laid to rest at the Royal Mausoleum at 2pm on Saturday. Members of the public can pay their respects at the Istana Besar from 9am 10.30am, while dignitaries can do so from 11am to noon.