My first resolution for 2010 is to improve both my written and spoken Bahasa Malaysia (BM) being a Kelantanese that speaks BM in 'Kelatae' dialect and English on most occasion, my actual BM sounded really funny........ abit 'Skema' (whatever that means) according to most friends. As such, I had plan to mix my blog-post with some BM blogs which was not easy and attempting to blog in BM had left my blog without any post for a few days until today when I decided to continue blogging in English and defer the BM blog to another suitable time.

The second of the many resolutions for 2010 (ya typical list of resolutions..) was for a better health, fitness and physiques which I am confident to achieve especially with a training program such as the Bootcamp (which I am into my third month now).

With the overate & sleep hangover and the 'wake-up-3-hours-later' Jet Lag, I had to struggle out of bed today but arrived at Padang Merbuk in time to pay the monthly fees of RM299, register my attendance and greet to wished Happy New Year to the trainers and some recruits . I saw Sarge Simran, Corporal Faisal, Corporal Dharmendra, Lans Corporal Elin and another Lans Corporal Steph and at least 60 senior and new recruits.

Sergeant Simran had a new commando-style hair cut probably a New Year re-branding away from the taliban look but that trade-mark-look remains. Other trainers were the same cheerful and energized bunch with the same-look as last year. I scanning around for familliar faces, I immediately realize the Super Duper Kiasu Shobha Bala was missing from the 60 pax.

but Wai-Yee was quick to mention... Shobha sms'ed her to informed that Shobha will be joining PJ Charlie as a replacement for this morning's Bootcamp session....  but it could just be a deviation of focus away from her absenteeism.. we shall see!!

This morning gloomy weather and rain quickly flashed back our November 2009 mud-full experiences. We had an awesome dry field last month in December but November was horrible with an ankle-deep mud throughout the whole month. I even busted a shoe and invested in a new New Balance model 460 all terrain shoe in December that has not been put to full test. 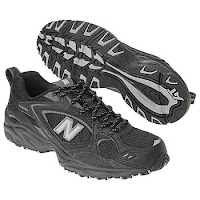 Thinking positively, at least I can try out the All terrain New Balance shoe today if it gets all muddy and wet. .

The benchmark test is conducted at the beginning and ending of every month as a timing record to track the progress and improvement of each recruit. This will enable the trainers to design and develop a program best suited for all. There are two parts of the Benchmark assessment.

The first part comprised of 3 circuit sets as follows: 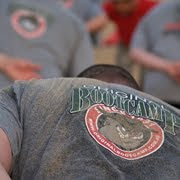 After completing three (3) sets of the above, all recruits will performed the second part of the assessment which is a 1 mile run. There were a few new recruits that vomited during the circuit run which was normal and nothing extra-ordinary but this marked the evolution for improvement. I was once in the same boat. During the first month of joining the Bootcamp, I had to stop and almost vomitted... and almost fainted.

From where I started.. My first assessment recorded 13:48 (Circuit Run) and DNF (Did Not Finish) (1 mile run), today my timing improved with the first circuit at 8:56 and the 1mile run at 10:14. My target was sub-Nine minutes for both but failed badly during the 1 mile run today... the field was 'kaw-kaw' muddy & flooded!!

As much as I wanted to blame the muddy and flooded field for the slow timing on the 1-mile run and also blame my busted knee-cap but really, there is nobody to blame except for myself. Next Assessment, I will achieve my sub-Nine minutes for both part!!! The Benchmark timing is recorded & kept for reference ready for viewing anytime at OBC BENCHMARK TIMING which is updated monthly, alternatively you can click at the OBC logo on the left column of this blog.

In fact, let us take this year a step further by recording our body measurement for weight, bicep, chest, waist (measure around the belly-button), hip and thigh... over and above the monthly Benchmark timing speed record!!! 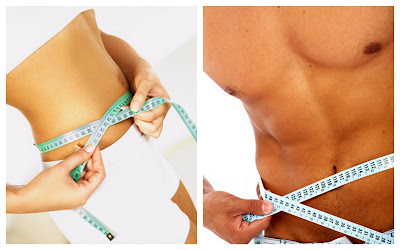 The only way forward is to improve ourselves every day, every month and everytime. Let us make this year 2010 a productive year full of achievement however big or small it is.

Last but not least, the New Balance All terrain shoe was PERFECT!!!