When she befriended anyone, she would go out of her way to help.. as in, she would go the extra mile for them if needed to but if anyone is on her side of dislike then she have the biggest problem with hiding it. Melor is not the pretentious type or a hypocrite. When she do not like means she does not like and it would show in her facial expression because of that, she was always misunderstood. If it was for any of her siblings, she would prioritize them above herself. When Sista Docta Teratai Edithy was in London and was about to get married, knowing that her sister was not around, Melor took upon herself that responsibility to make sure that every preparation and coordination was perfect for her sister's wedding. Once, I was stranded in Puchong Kinrara (before there was the LDP), Melor drove alone at 11pm to pick me up. Those who knew her, would also know that Melor never drives alone after 7pm but that is Melor, she will do anything for her siblings and friends. 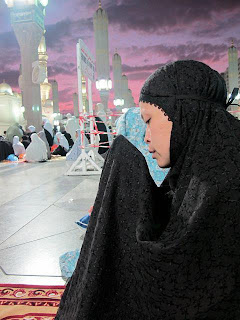 Melor, now a Hajjah is also a loving women and that was the trait that withdrew Mohamed Rhiza from all his youth notoriety... during courting time lah. If there was a love story that should be written into a cerekarama, then it should be how Melor Edina changed her husband into what he is now. A successful lawyer. From an outgoing, clubbing and socializing dude, Rhiza became err.. all nerdy and domesticated.... so much so that he even went to Harvard to pursue his post graduate academics. Its all about study, work and family.

Melor also dared to be different! While everyone was married on 23 July, Melor was the only sibling that was married on other date to follow her husband's wish and named her eldest son without the Pahamin. My father actually wished for his eldest grandson to carry his name but Rafel did not. Pahamin's name was then adopted by me in Aaraf Eid Pahamin and Chempaka Emalin's eldest son, Andika Rees Pahamin. Both Aaraf and Rees are of the same age; a year younger than Rafel Zichry Onn but that is Melor Edina, an obedient wife.

The quietest sister in my sibling is also the shyest but although the quietest and shyest, Melor is also the strictest especially when she set any rule for her children!! If any children were to get paid for each and everytime they were grounded, then Melor's children would be the wealthiest.

That being said, Melor is the most patience among us all. She does not easily lose her temper but I think whenever she does, she will just do it .... err Raina Style again so we can only see the sweet and the adorable sight of her. Whatever her strength and flaw is, she is the most accommodative and a sister that can very easily forgive and forget. We just cant imagine our life and family without Melor Edina Pahamin. 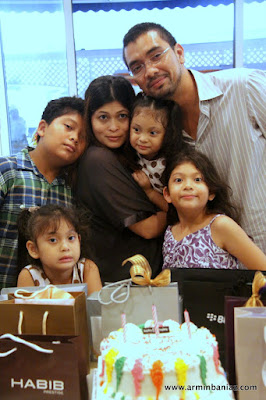