Today is the last, the 12th Original BootCamp (OBC) Sessions on the 12th months of the year and  marked the end of OBC Session for December and for the year 2009. 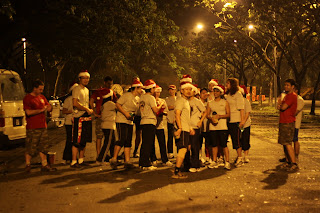 Today is also the first Christmas Day celebrated by the infant 6-months old OBC.....  and all of us trained with Santa hat.. to feel the spirit of Christmas.

and People think the recruits are the KIASU.....

What better way to end the year and the session with a Big Surprise......... SERGEANT SIMRAN TRIMMED HIS BEARD!!!

err... Ok if that is not a big enough surprise, a bigger surprise will be the "Girl/Boy friend Hunting" ... a special training prepared only for KL Alpha. The group was divided into three teams according to their respective ranking, the Delta, Seal and Rangers and they have to hunt for some ladies Tee, Ty, Sandra Baglog and some gentlement Pipey & Baggie. (Tee-Tali, Ty-Tayar, Sandra Baglog-SandBag, Pipey-rifle look pipe, baggie-bagpack).

Equip with a Google-map, the team appointed their team leader and Navigator. Our Navigator was non other than a Master-Diver Suriana Saiful. We reckon, if she can find her way in the deep ocean, she can navigate our hunting for the ladies and men.

And so the hunt began.... and we found Sandra with a pony tail hair-styled by a red hair band sleeping helplessly by the road side. I picked her up held her tight against my chest and continue for the next hunt.  She wasn't heavy but have abit of smell..... but I still hugged and held her while running.

"Sue, where do we go?", screamed Farhanah, the lovely wife to our Chief Kiasu Doctor Malek Aziz. I was abit quiet holding my breath away from the smell of Sandra. "Go straight passed the field and turn right at the end", replied Sue... and we ran in team being a bit excited. Kenix was the first infront probably too excited for the next girl.. or guy. Leesa, Tricia, Sulo, Peggy, Rose was more calm... but who knows what they were thinking.

We sang the Christmas jingle while running, and a few other songs ala re-mix as none of us knew the whole lyrics until we reach the next stop. We found Pipey impatiently seated by the concrete step beside the grass field.. and he was Hard! to Leesa's liking, she rushed for him.

Suriana Saiful continued to navigate us until we found Baggie. Being greedy, I could not resist but... like the idea of being sandwich but two... I piggie-bag Baggie while holding Sandy against my chest. Sandwich by them two, we ran to the next stop.

Others in the team were getting restless and they too wanted someone... but Peggie, Rose and Shammy did not even fight but instead shared Tee whom was found lying on by the roadside. Peggie took the front, Shammy the middle and Rose had her leg. A good show of team work indeed.

We, the Seal was the first to arrive and being very excited, we Eager-ly, Hyper-ly and Happi-ly jumped up and down non-stop along with Corporal Faizal Ariff. I think the Corporal too was too happy and did not want to stop jumping........ from the Star Jump to the Seal Jump and then the Cross Country Jump.... and we, being the obedient bunch happily followed his lead until the arrival of the Rangers and Delta.

We had our warming down session and being the last session of the month, it is customary for the Sergeant to announced the voting result for the Spirit of Bootcamp. There are 61 eligible voters and candidates for the best Spirit of Bootcamp and everyone are allowed to vote any of the 61 candidates that best motivate them to enjoy the masochism, pain and torturing moment at the Bootcamp.. and the December best voted Spirit was................. 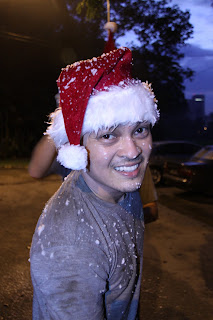 I was lost of words............ luckily it was still dark... I can feel the blood-rush to the face and almost.... or maybe already blushing when Corporal Faizal shook my hand...but actually I wanted to jump.. and scream....but there have been too much jumping earlier.. as Sarge handed to me this certificate........ 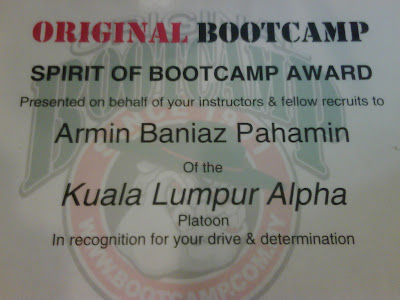 I gave a short speech as I never expected and never prepare to receive the award and Dr Malek the previous winner for the award was never asked to give any speech but if given an ample time to prepare, I would say this...... 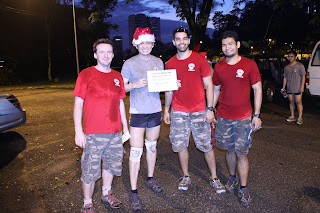 We, the Kiasu became Kiasu because our Trainers are the Kiasu-est of us all.... Who in the right state of mind would work on Hari Raya, Christmas and on Public Holiday???????

Who in the right state of mind would wake up at 3am and drive from Nilai at 4am to prepare the training field for us to train?

Who in the right state of mind would train us with a fractured ankle......

Yes.. none other than the OBC Trainers. 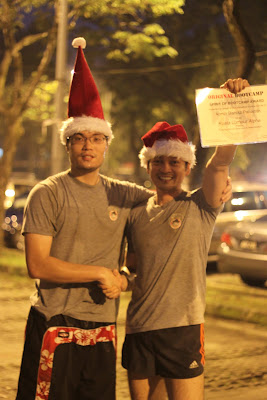 People from KL Alpha Platoons........... never had the chance to become friends but became Buddies instead!! That actually reflect the true meaning of One-1Malaysia.. from a Melayu, to India and Cina.. or maybe 1Global.. from Scottish to Aussie and Danish to Malaysians.... everybody became One family!

When we were struggling with heartbeat pumping to the tune of Techo-bass... .. When we were suffocating from the heaviest breathing.... When our Muscles had worn out and we became weaklings.... When our stomach rumbled and about to ejaculate vomit..... When our face became blue without any make-up...... when the mind starts seeing Stars... oh.. this one was real.... there were really Stars at six o'clock in the morning... but with all the pain and struggles... every recruits and every trainers and everyone irrespective of race, nationality and age...... will comeby to us and whispered to our ear those motivating and inspiring words that kept everyone to continue to push and give their best effort to complete the session with 110%!!! No one ever looked down at anyone no matter how slow and weak they are but instead carried them along in spirit and heart.

This is really the "SPIRIT OF BOOTCAMP".......... ONLY THOSE THAT HAS BEEN WITH US WILL TRULY UNDERSTAND. 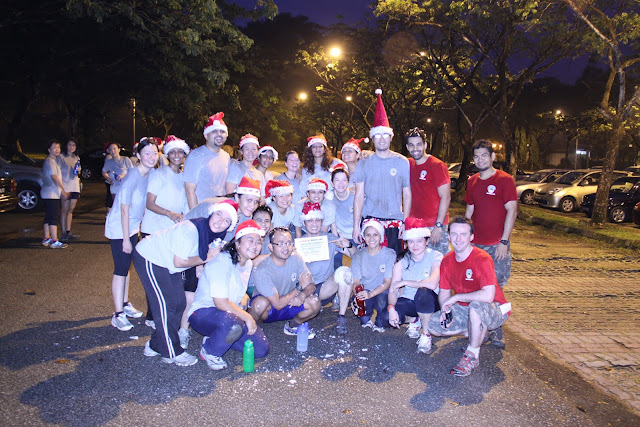 On that note, I receive the award on behalf of the whole Platoon in good spirit and a special thank you to SHOBHA.. without her, I would not have any nightmare and may have overslept in the morning and missed many Bootcamp sessions or probably already in London shopping.. Shobha is the key that provoked us all to continue and never gave up...

To Dr Malek whom never gave up to keep the whole platoon intact as one unit. When two of our KL Alpha recruit completed the Singapore 42km Marathon, Dr Malek and His wife surprised them with a Finisher Chocolate Cake.. and today... they both prepared the Platoon with yet...... another cakes.. 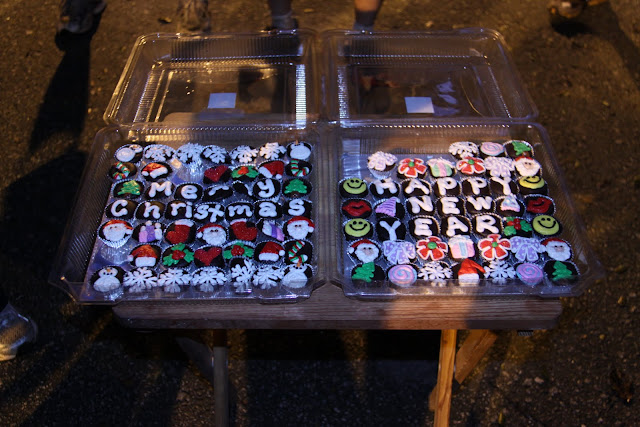 A thank you note to my sister Rose Emini who gave me 25 missed-call daily to wake me up with failure (and send her maid to wake me up) every morning when Nawal is in London. 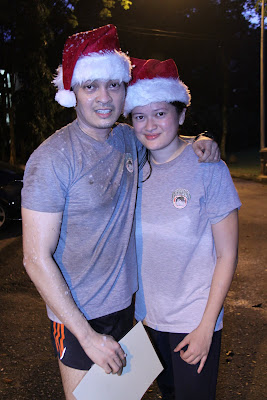 Last but not least........ to all RECRUITS that signed up for the 100% ACE with a PACT!!! Every morning, all that I can think of was the OUTFIT that you will make me wear if I missed any OBC session... The thought of training in Skirt... ala Kenny Smith really freak-me out... and because of that... my fitness and momentum in training became PERFECT!!! Thank you all for the frightening nightmares....

Although OBC is only 6-months old, it has changed the look and spirit of many people...But this is not the end....... next Year in January... February... and the months thereafter..... the ACE WILL RULE!!! and be prepared for another month of KIASU, CRAZY AND FUNTABULOUS SESSION!!!

and as always after most sessions especially since Peggy Hoegh is leaving Malaysia for good, the Kiasus went CAM-WHORING...... 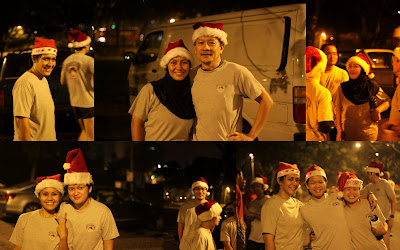 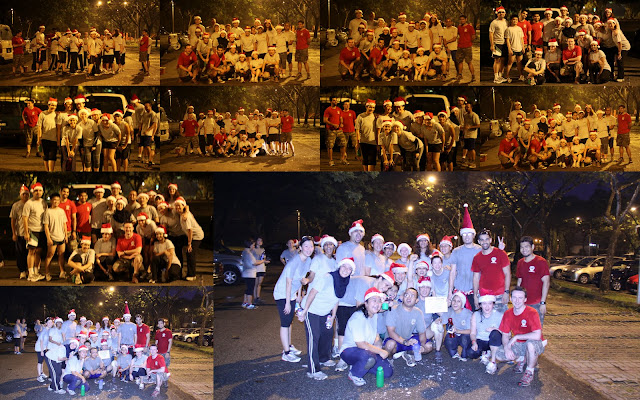 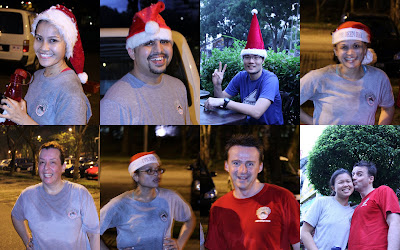 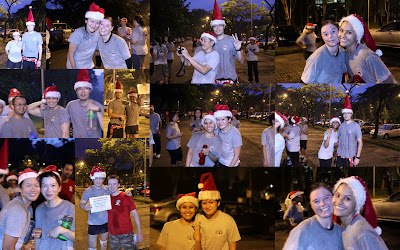 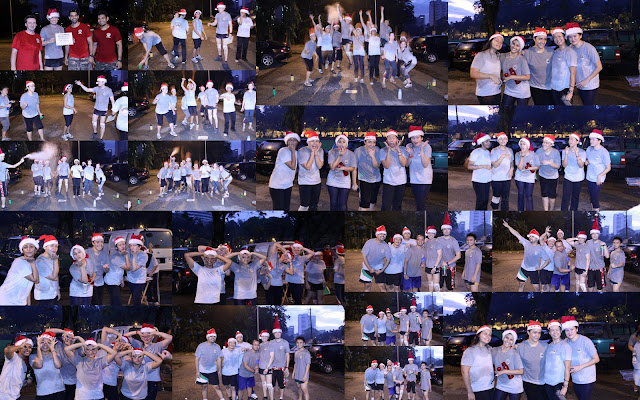 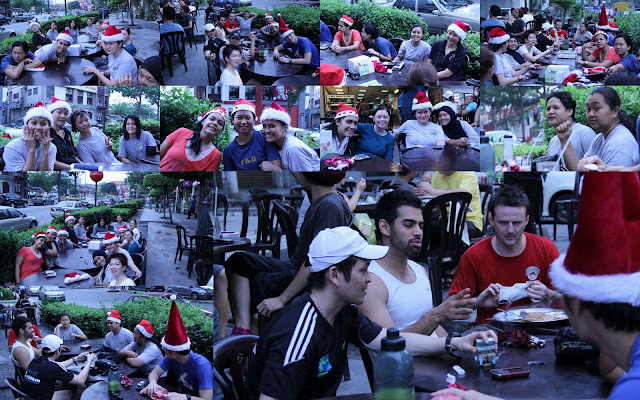 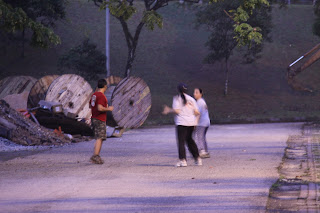 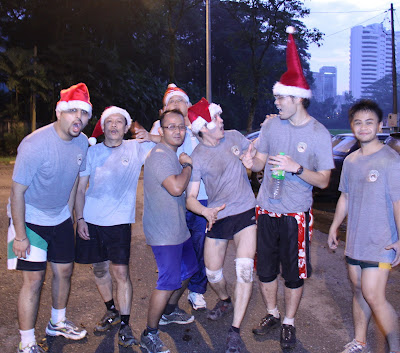