DKS 3- Dancing in the rain with Senior Sarge 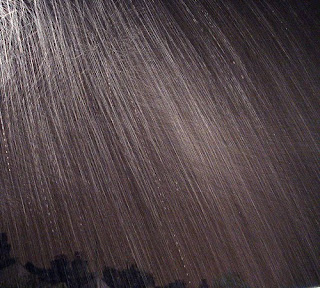 With less than 4 hours of sleep for two (2) consecutive nights, I dragged myself out of bed, stormed through the all night non-stop pouring RAIN and arrived at Padang Merbuk 5:35am!!! and quickly screamed "is SHOBHA HERE?????" sadly.... she was there.

I quickly search for the SENIOR CHIEF, in case he FFK from the rain ...... I shut up the moment I saw him with his big arm on his waist in RED TEE!!!

1) Malaysian trainers never bring the rain with them (especially the whole session) except for MUD.
2) Instead of TIME-ADDED for late-starters, imperfect form (of exercise), early stop (before the scream STEADY!); Senior Chief would RE-START the timing and even the whole cycle (especially for Grunts)!!
2) No water break and/or any breaks!! (We will never complain of our 30sec water break again...) 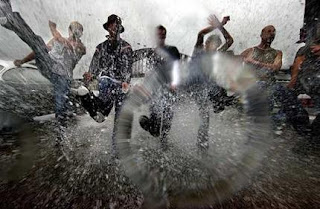 The first is an alternate Tap dancing & Push-up. At first, I thought it was a Wolf dance... but was assured not to asked with the white taliban at sight. The Tap Dancing exercise require the recruit to jump and tap the tip of the cone (that was placed at the front) with one leg and jump again to tap the same cone with the other leg. There were two teams... One team dancing and the other team simultaneously doing the push-ups!! This was repeated for 5 sets of 20 seconds per repetition.

If the cone dropped while being tap with the leg, then extra time will be added.... I did well but the cone was confused and dropped by itself twice...  so time was added for us to burn more fat! (no need to thank me).

The team that was aligned in one line was guided through to performed 2 sets of the following exercises:

The circuit comprised of 2 sets of 3 sprintings measured by the 1st, 2nd and 3rd yellow cone with a distant of 50 metre, 75 metre and 100 meter respectively (from start point to yellow cone and back to start) (my measurement may be wrong).

(a) the first Sprint was toward the nearest yellow cone and back to start position and performed 10 repetition of shoulder push up. The shoulder push-up was performed with both hand and leg on the ground with the ass smiling up.... sort of an upside down V-Shape. In that position, lower the head to touch the ground and push it back up using the shoulder muscle for a repetition of 10.

(b) Then the next sprint, and 10 repetition of grunts;

(c) and the final Sprint with 10 repetition of stationary-cross-country run.

Everybody must performed an on-the-spot jogging while waiting for all team members to complete the first set.

The 3 sprintings and distance remained but the exercises were change for the 2nd set. The exercises for the second set that was performed with 10 repetition each are as follows

(a) Star Jump;
(b) Ground Stationary Climb (don't know the name)- start similar to a push up position, with both hand on the grass and on both toe. Then move/jump one leg up until the knee touches the chest akin of big step climbing.
(c) Jumping (or was it bouncing) Squat. This was performed with both hands behind the neck, squat down then bounced up.

This circuit was the major contributor to my 715 calories burnt today!! I rate this programme a 5 star but felt I could have ran faster... Maybe because nobody screamed RUN ARMIN RUN... ala Forest Gump!!!!!!!!!!

(3) The third circuit was for 8 pack abs, Jacob wannabe... Each exercises was performed 5 sets with 60 seconds per repetition.... and a 30 seconds break between Sets.

Started with an easy 5 sets of 60-second non-stop SIT-UP per set. Then the burning JACK KNIFE and finally an excruciating leg cross-over (Dont know what its called?).

The leg cross-over, was performed  lying down flat on the back with head and shoulder tilted up and both leg raised at 45 degree. In that position, spread both leg open...... then cross those legs before spreading it wide open again and again repeatedly........


[PICTURE CENSORED]
The ABS EXERCISE was my favourite.... Although I gave 110% effort.. but the leg that was suppose to be straight & raised at 45 degree automatically curled and bent... but it NEVER TOUCHES THE GROUND.. Phheww...otherwise.. TIME ADDED..!!  Typical!!!! 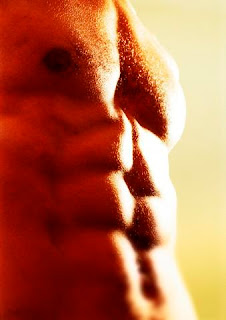 Since we were never given any water break, I tried to drink the rain drop by opening my mouth whilst on the flooded grass....

The Abdomen exercise was my favourite, in fact I personally requested from the Wolverine for more abs workout!! It was excruciating, painful and difficult with an orchestra of moans..... OOOOhhhs... AAAAAhhhhhhs.... some recruits reached their point of no return and started calling names Rose rose rose.... aaaaahhh peggy peggy peggy.. UUuuuuuhhh... shobha shobha shobha........... OOOooooohhhhh.........  me...? I was busy drinking rain! 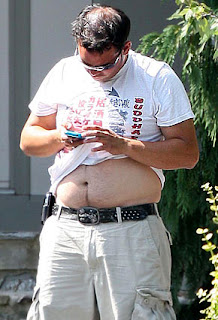 The session ended with Senior Chief....... probably his TRADEMARK, a loud scream of 3 HOOOYAAHS!

Next posting the "KIASU POWER.....The RULES ENGAGEMENT FOR 100% ACE"