Our intel had pre-informed us that the OBC Senior Chief for Asia RED TEE from Australia will be joining us today... probably either to
(1) Review and assess the Red Tee & us the Grey Tee
(2) took command, assist & instruct the Kiasu (ala Military coup from the Wolverine)
(3) could not resist to train with us Kiasu...

Senior Chief did not took command nor assisted in the training today... ruling out No 3. Surely, our trainers do not need any assistant!! They are perfect and would pass any assessment with flying colours.. so ruling out no 1 too..!!! Now we are left with No 3... lets see........

Today, our local Chief Wolverine is in charge!!!  .......and led the warming up session before gathering us at the rugby field for the customary sweating & crying blood session as follows:

After the 60 seconds break, the push-up workout was replaced with a sit up... .. and the same circuit was repeated for another 10 minutes.

I gave in 110% effort in the sprinting and rated the circuit a 5 star rating... A very good exercise for Speed Work!!! My aim for December!!!

We then proceeded with another muscle burning circuit......10 sets of each of the following exercises with 30 seconds break between repetitions... though it felt like 5 seconds.

LEG......  45 Seconds of non-stop Squat pulses with & Jumping squat. The leg workout was a killer.. for me!! My 1 month leg training at OBC is equivalent to my whole life of leg training at the gym. Rate 3 Star in effort.. leg was worse than wobbly!!

CHEST..... Push up (on Toe) Military Push up, (on knee and on every rep, alternating one hand on the chest with every push up. My favourite training.. the chest workout........ Although this is my favourite, but I reached the orgasm after completing the Push-up.. during Military push-up............ my whole chest felt numb!!! This I rate my effort as 5 star.. although that last few sets was hell.. but thats was all that I had.

Except for my leg that kept cant be straightened (when doing the jacknife) for some unexplain reason, I gave in a 5 star effort too!! so orgamic!

I love the abs exercises!!! I can feel the 8 pack comfortably sleeping & hiding under the thin layer of my tummy fat (grrrr)........ but it wont be for long!!!

After the circuit training.......... we went for a recovery run from one Rugby goal post to the other end. Crazy Chun, high on adrenalin wanted to run straight for the KL Tower that was beautifully visible from our training park!!! We had to drag him back to reality!!!! .......but I didnt recover during the recovery run.. I recovered during the warming down session!

The session ended.. today in short was a CHEST DAY!! ........and a noisy day! I was noisy and ugly.. screaming uuuuuh aaaaaaa uuuuuh aaaaah on every exercises performed. The noise was sort of an expression orgasm... from the workout!

After the session ended, a bunch of us Kiasu said HELLO to the Senior Chief and chatted with him wondering why he did not instruct us today (pretend)...........

Senior Chief said, he actually wanted to join us for training before he leave back to Australia on Sunday!!! HAH.. SO ITS NO 3 ALRIGHT!!! ....yaaa we know, we are so irresistable!!!! but I said, it would be great if Senior Chief could instruct us instead!!

Senior Chief agree and said he will instruct us on FRIDAY!!!! ..and find other platoon to train with. 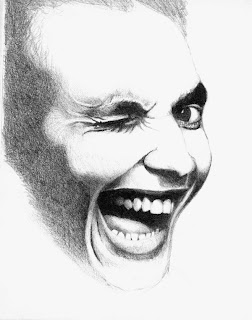 At home, I send Senior Chief a wall message and ask:
"How did KL Alpha do today from your observation?"

"Everyone (at KL ALPHA) appeared to PUSH HARD today.. KEEP UP THE GOOD WORK!!!"