4 JUNE 2010. The circuits prepared at the ORIGINAL BOOTCAMP @ Bandar Utama (OBC-BU) targets at least a 500 calories burn for men and 400 for women DURING the 1 HOUR exercise. Through the Excess Post-exercise Oxygen Consumption (EPOX), the body will continue to burn more calories throughout the day. The circuits at the ORIGINAL BOOTCAMP is a cutting edge Metabolic Conditioning program that has been scientifically designed for ordinary people to achieve extra-ordinary result... the most sought after result is of course, fat burn, toning and athletic improvement.

To achieve at least 500 calories burn, OBC-BU core instructors actually performed the circuit before prescribing it to the recruits. All of OBC-BU instructors are fanatical with their own performances having a 'built-in' passion in more than one sporting-activities. Me.. being a recruit, and alongside other recruits with 'calories-counter' will verify those supposedly 500 calories burn!!! Freak? ...Mad?? yaaa.. Its good to be surrounded by people that share the same 'mad-passion'.... and its good to learn there is a PROGRAM designed for ordinary people to be mad... and get mad result. 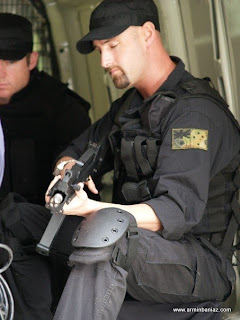 There are many versions of POW circuits that was designed from Chief Brabon's (Picture on right) own personal experience escaping prison during his war period but today's POW was the latest and more interesting. The adrenaline rush of being chased was too much to bear, we ran and rush through 12 obstacles in four teams of 5 prisoners with different fitness that made it more challenging.

Being high on adrenaline, I could not stop but to actually feel the real 'combat'.... dropping flat on the ground a few times upon a shower of grenade bomb and had to go on the knee holding the 'shot gun' to avoid being spotted by... Chun-in-grey??? Each one of us had a 'shot-gun' and we combat through the obstacles a few round the 'prison'. The last escape was the worst, there were too many enemies, and we had to drop down and jump (grunts) three times, from the first obstacles to all the 12 station. I was swimming in adrenaline.. in hallucination when suddenly I heard James Fong crying out my name... ARMIN.. LETS GO!!!!!!! I woke up and saw the other team very near behind us.. and it wasn't a shower-of-grenade-bomb that I heard.. it was my heart beat pumping so fast from the exercise.

The team behind us was catching up.... They almost tapped Fatintafrina Mohd Taref but she and Lizza Abdul Rahim was strong and left them behind further and further away.

After escaping the POW, we all happily gathered and had the GOOD MORNING, OHAIYO GOZAIMAS (machiko-san taught me at KLA), SAWASDEEKAP workout... but actually the GOOD Morning workout was not a good but excellent oblique and lower body workout....

Holding the 'SHOTGUN' with both hand behind our neck, we had what Nyna Mohsen felt was an easy a few hundred lower back and oblique exercise... until I saw an sms from Nyna Mohsen this morning that reads: "Damn it, my back aches"... and  Rose Emini could not get out of bed moaning like a 'nenek'.

I love that OHAIYO GOZAIMAS SAWASDEEKAP workout........ after the warm-up, I read my POLAR WATCH and saw....

705 CALORIES BURN!!!!!!!!!!!
Feeling satisfied... and contented........ I saved the calories burn with only 4 quarter-boiled egg and a toasted bread. Exercise alone is NOT ENOUGH to gain a good physique.. A good diet is as important... Chief Brabon was kind enough to provide some nutritional guidance for all ORIGINAL BOOTCAMP recruits....

ORIGINAL BOOTCAMP Master Gunnery Em, the Master Global Trainer... leader by example.. it is time for us to make the best of what the program can offer... 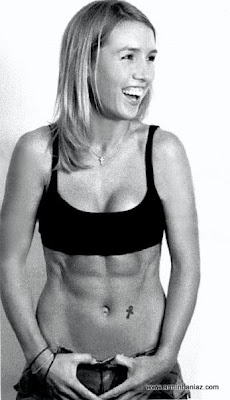 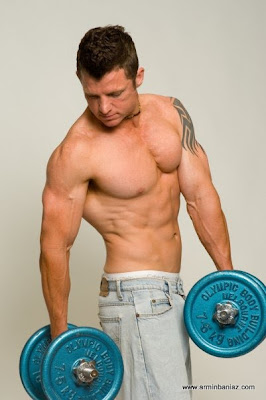 It wont be easy to achieve those lean physiques and it is not an overnight process.. heck, it may take months, but with consistency and discipline especially with food and diet, it is not impossible.