9 June 2010.. We have all been through the Love Triangle relationship at some point in life either in friendship, romance, familial or pre-existing hatred between rivals and even sexual interactions. Recruits that have never been in any Love Triangle, were forced into one today with the Love Triangle Circuit (name not related to OBC-terms or names).

As the name implied, the love triangle comprised of 3 parties (aka stations) and usually someOne will be left feeling betrayed. However at the bootcamp, a guided polyamory was agreed and supervised by Sarge Dann and assisted by Corporal Chun, Lans Corporal Nawal and Lans Corporal (P) Erni.

There were three guided sets of polyamory in the Love Triangle. Sarge Dann guided the first set for a specific area...

To ensure a balance relationship, the first party had the overall body conditioning with the Grunts as the first stimulation. Second party focus in the missionary with the military push up and third, for nice physical appearance via the jacknife abs.. The first party run to the second, second to the third, the third to the first and so forth... and it does not end until everybody were exhausted. Thats the thing with love triangle.. always running and very exhaustive. 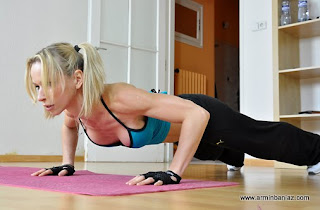 It is always very exhaustive with the Love Triangle... We then had to run and "Cross-Country' before stopping for a 'Seal Jacks' and run again to be stopped with a Mountain Climbers.... again and again.

and in a tri-party relationship... we must be able to 'hold' planks for a certain period on the first before running to the second and strengthened the bridge there. But the other bridge too had to be strengthened, and so we ran to the third to strengthened the other side. 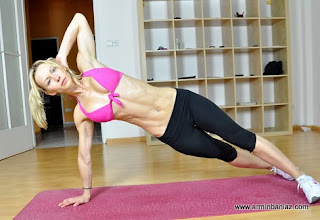 In the end... we were dead!! Love Triangle is definitely not a good relationship but having done it today, we burn 680 calories!!! and seriously, everyone cheated today.......... including Rose Emini Pahamin and Suriana Saiful... but JAMES FONG? He seemed to be running in the triangle... actually sprinting!! and so was Lizza Abdul Rahim!!! me..... needless to say.

and to see who always cheated......... (see picture below... the person sitting without any movement). 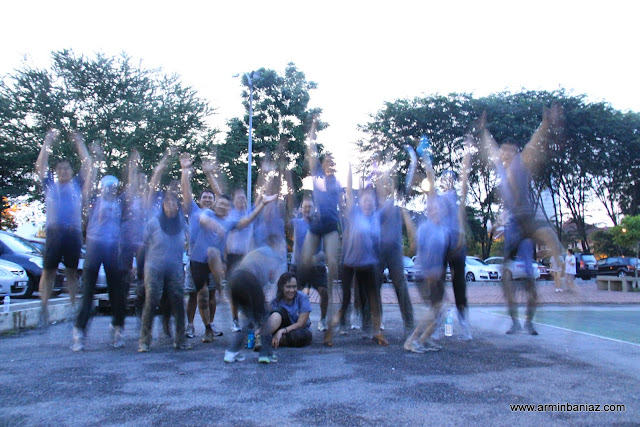 and why was JAMES so eagerly running in triangle...... because, he just turned a year younger today!!! its his birthday. The team (actually Sarge Dann & Ody) bought a yummilicious cake ........ 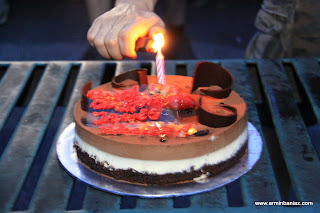 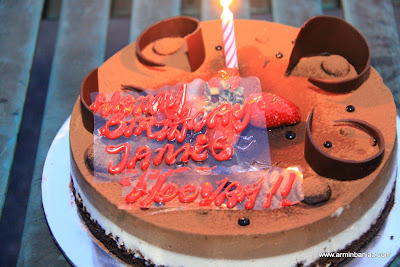 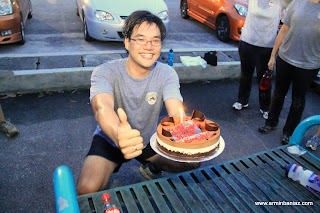 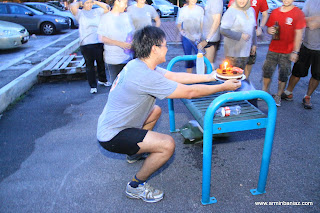 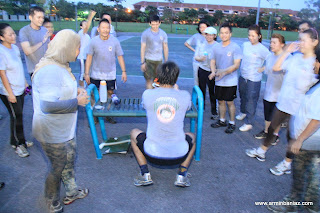 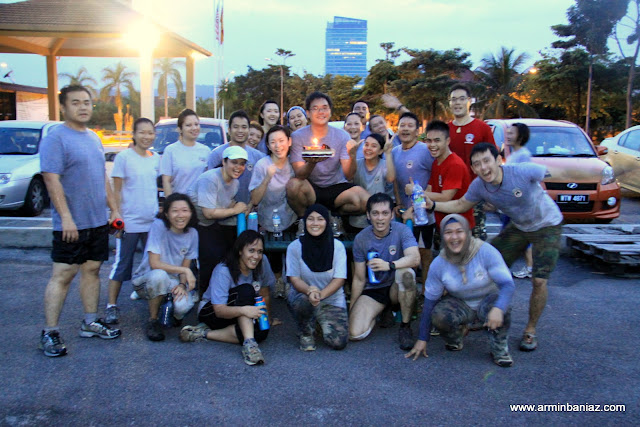 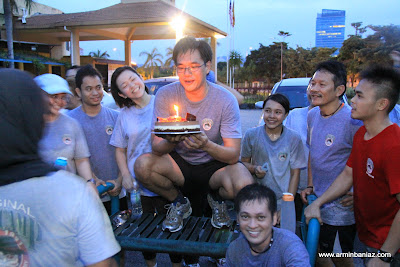 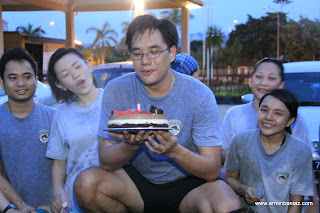 The birthday boy made a wish (secret!!), blew the cake and serve the cake to every members of the Platoon. 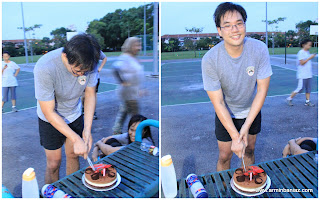 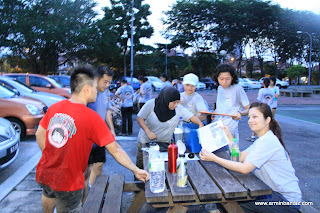 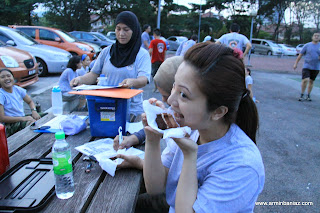 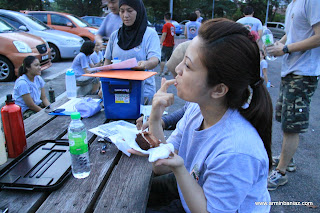 Yummmy.. finger licking good!!!
We spend our 680 calories burn immediately with a piece of cake... Err.. can only afford three bites only!! 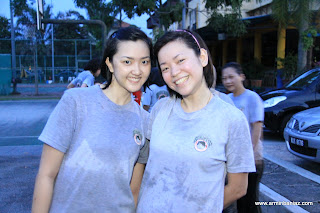 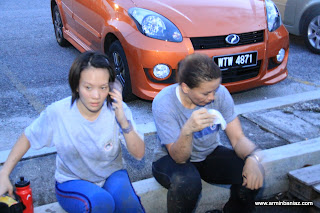 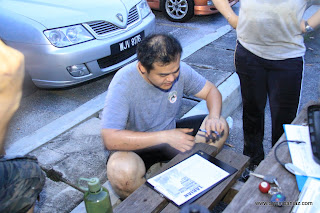 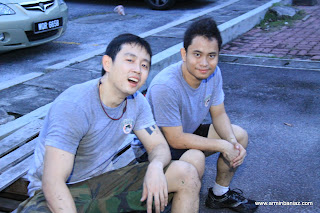 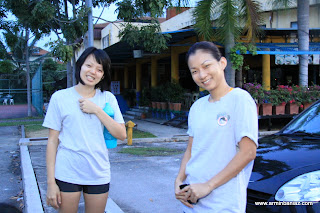 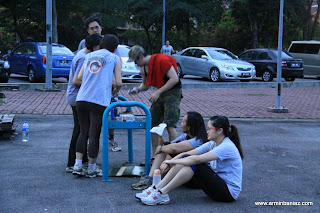 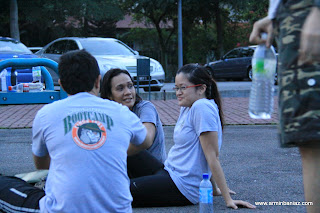 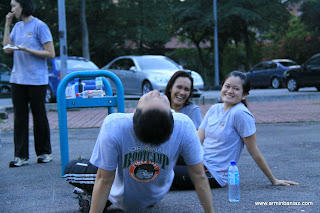 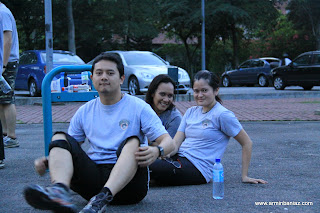 The ORIGINAL BOOTCAMP is the BEST 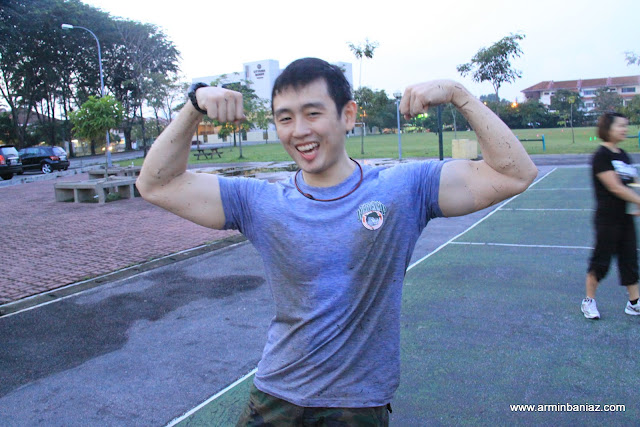