23 June 2010. Recruits at the ORIGINAL BOOTCAMP @ Bandar Utama had the pleasure of training with Bryan Nickson Lomas on the second last OBC session in June.

Bryan Nickson Lomas was the youngest, smallest and lightest participants when he competed in the 28th Olympic Games in Athen in 2004 where he was given the honour of being the Malaysian contingent's flagbearer. In the same year, Bryan won Gold medal at the world junior championship in Brazil and in 2005, he won Gold Medal at the SEA games in Manila. Bryan Nickson won  Silver Medal during the Commonwealth games in Australia in 2006 and  Bronze at the World Junior competition in Kuala Lumpur. 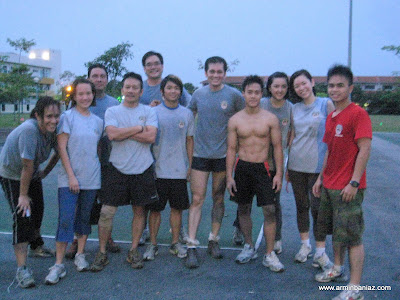 Olympian Bryan Nickson on my right and Hairi Zaid, National Gymnast on my left posing with other recruits at ORIGINAL BOOTCAMP @ Bandar Utama

Bryan Nickson is now training for the next Olympic games and is representing Malaysia for various other competitions. Bryan Nickson trains at the ORIGINAL BOOTCAMP @ Bandar Utama as an additional training over and above his regular training schedule in preparation for the forthcoming Olympic Games and competition.

Today's session, being the last week of the month, was an absolute best choice of circuits especially when many of the recruits are running the Standard Chartered Kuala Lumpur International Marathon this weekend. We had the sprinting and running for cardio and fat burning. Dirty dog push-ups, scorpion push up and reverse scorpion pushups for chest firming and conditioning. Bear Crawl, Reverse bear Crawl and Leapord crawl for the core muscle and aerobic gain. 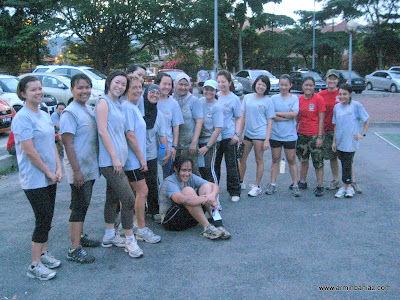 Some of the babes of ORIGINAL BOOTCAMP @ Bandar Utama 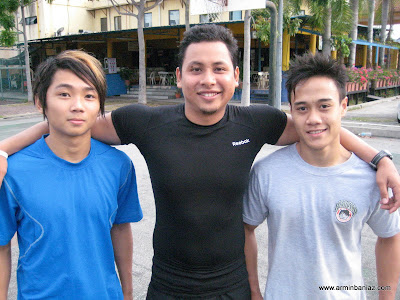 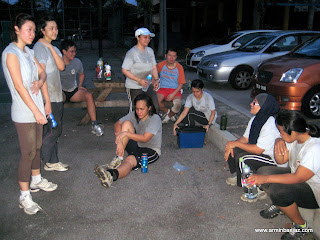 Looking very blur after the session.... still high on adrenalin.. 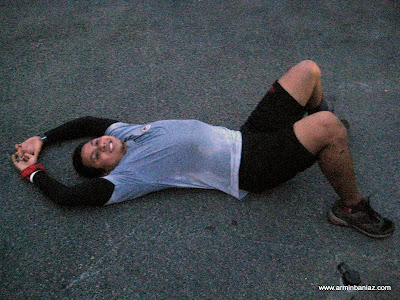