My arms, back & abs were still burning as I woke up this morning from yesterday's crazy 100 assisted pullups, 100 bench-presses and 100 decline situps at the gym. I had my fingers-crossed for some cardio workout at today's fourth June Original Bootcamp @ Bandar Utama session!! but we had more super upper body and abs workout!! SARGE!!! HAVE MERCY!! Next time, maybe should cross the leg instead.

When the Thailand government were battling Thaksin's 'red' supporters and the World against the Zionist regime in Israel whom blocked the aid mission convoy in international waters, we were BATTLING the ROPES in Malaysia field at Bandar Utama.

With the whole body still aching.. I was paired up with Dr Malek Aziz for 8 sets of battling ropes on TABATA. Battling rope was invented by multi world record holder strength and endurance athlete, John Brookfield and is one of the most effective way of burning body fat and building muscle. 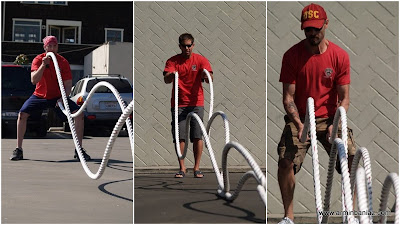 Bearing that body fat burn and hoping to build muscles, we close our eyes, screamed and waved the rope ala creating a typhoon... or so we thought. The thought of waving the rope sounds easy.... but when its done, there were no typhoon or tsunami wave (not like the picture above). Suriana Saiful said she lost contact with her arm.....Yam Chan said she could not feel her arm. Dr Malek thought his arm had dismantled away from his body.... and Nyna Mohsen's arm said bye bye to her... me...? my arms were okay.. but the ropes were very tired. 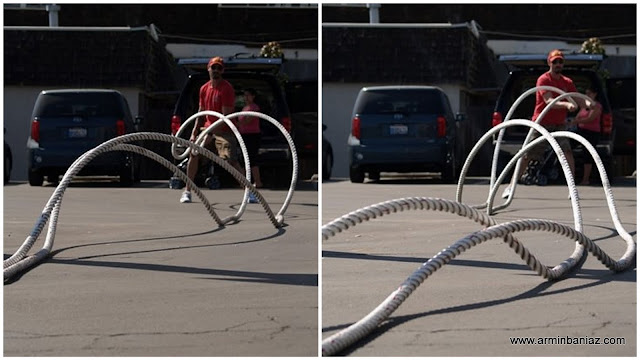 After battling ropes session we went on to another tabata with Corporal Chun that primarily focus in legs (jump squat, Switch Lunges & Courtsy lunges) for 8 Sets . 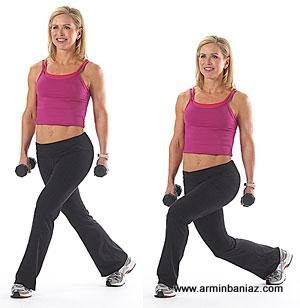 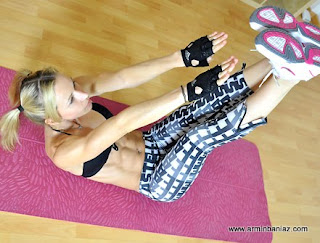 We burn a modest 640 calories but the entire system suddenly rebelled.. the arm, leg, abs!!! The pain... Mmm I would say pleasurable. The exhaustion is becoming BFF. Each session was not easy... but thats what you pay for. Otherwise a walk at the mall is sufficient (stick tongue out).

Maintaining a fitness level, improving stamina, staying lean and building confidence through exercising is never an easy task. The ORIGINAL BOOTCAMP master trainer, Senior Sarge Rob Coad successfully lost almost 30kg in 4 months through sheer commitment and hard work. Rob had ballooned up to weigh 108kg after being discharged from the army when he never recovered from a whiplash and years of rehabilitation during an accident at the defense force. 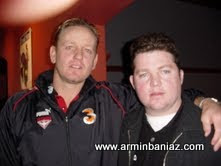 Rob Coad on the right
Being overweight, depressed, no confident and unemployed, Rob's girlfriend too left him which was his turning point. Rob took the first step by slowly walking and eventually started running and controlled his diet. from then on, there was no stopping..... Rob invested to be an ORIGINAL BOOTCAMP licensee in Adelaide, Australia and through sheer commitment in the program, became a fitness model, idol and regional master trainer. Read more about ROB COAD at HERE. 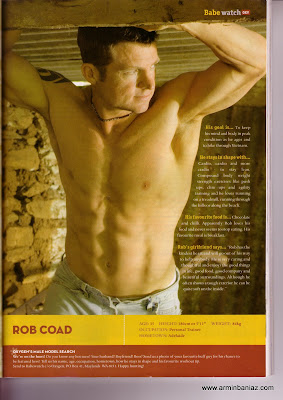 Being a part of a global network that share similar passion for health & fitness are very inspiring and motivating. There is no better way to get motivated and inspired through the sharing and learning from those successful recruits globally.

Stay tune for the Page-5 updates and the inspirational story of Chief Brabon, the founder of the ORIGINAL BOOTCAMP......