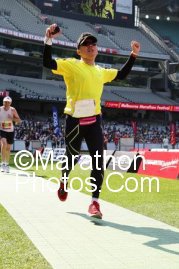 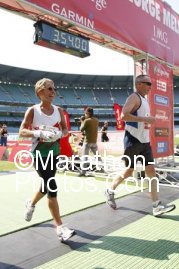 2) Corporal (OBC) Sandy Roberts completed the same St George's Melbourne Marathon in 3:53. Sandy is an instructor with the rank Corporal at the Original Bootcamp Bandar Utama. Sandy's previous Personal Best (PB) was 4:15 and the Melbourne Marathon was her 6th marathon. 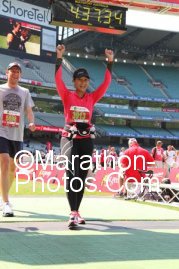 3) Nawal Aini Zulkifli had also improved her PB when she completed the St George Melbourne Marathon in 4:36. Nawal Aini Zuklifli's previous PB was 5:26 at the Standard Chartered Kuala Lumpur International Marathon. The Melbourne marathon was her 5th 42.2km marathon. 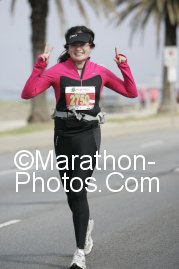 4) Rose Emini Pahamin had more than 1 hour improvement in her timing when she completed the St George Melbourne Marathon in approximately 5 hours compared to her previous PB 6:20.

5) Ilyanna Aylin Ayob is officially a marathoner when she completed her maiden marathon in 5:19. 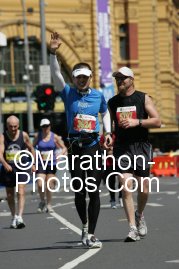 6) Armin Baniaz Pahamin.. Me... manage to shred almost 30 minutes from his previous PB and completed his 5th 42.2km marathon at the St George Marathon, Melbourne in 5:21. His previous PB was at the AMbank International Marathon with a timing of 5:46. 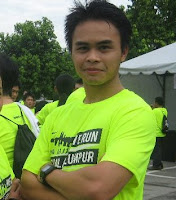 7) Daing Daniel Fitri or Sarge Dann clocked his new PB when he completed the Nike 10km City run in 46:45. 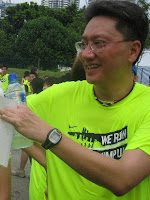 9) John Chuah OBC-BU thoroughbred ran the Nike 10km City run and completed it with a new PB in 1:09. 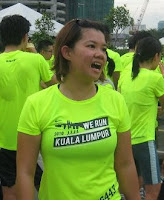 10) Lilian Lee ran the same Nike 10km City Run and recorded her PB when she completed the race in 1:06. 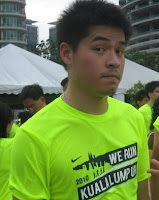 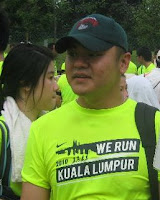 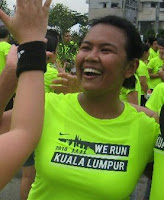 17) Bahariah Bahadom manage to get her PB when she completed her Nike 10km City Run in 1:25.