14 October 2010. Dato' Syed Zainal Abidin Syed Tahir today unveiled the new Waja replacement model code-named P3-90A. The soft-launching of the P3-90A was held at the Crystal Showroom, Proton Edar Centre of Excellent, USJ Subang Jaya. I arrived late having had to attend a dialogue with the Ministry of Domestic Trace Co-operatives and Consumerism pertaining to the HP-Act amendments. The meeting was chaired by Dato' Daud Tahir, The Deputy Secretary General (Domestic Trade) and attended by the members of the Malaysia Automotive Association headed by Dato Aishah Ahmad. The dialogue had cleared many confusions in the interpretation of the amendments but this is a story for another occasion. 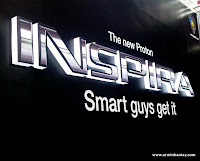 After a short speech, Dato Syed Zainal revealed the name of the new Proton as PROTON INSPIRA and awarded the 'name-the-new-proton' contest winner with a big huge cheque.. size. The winner brought back RM10,000. 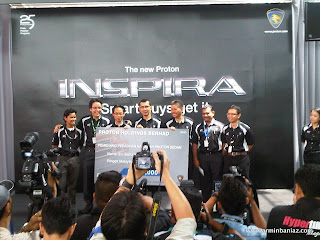 PROTON INSPIRA, a collaborative effort between Proton and Mitsubishi will be retailing from RM79,880 for a 1.8 manual, will penetrate a new market segment that is currently being dominated by Toyota and Honda.

This will provide Proton customer the option to upgrade their vehicles form the current Saga, Persona or Exora into a bigger and better range.

Since the official launching will be held on the 10 November 2010, the soft launching only unveiled the car bonnet? 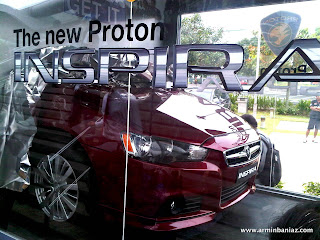 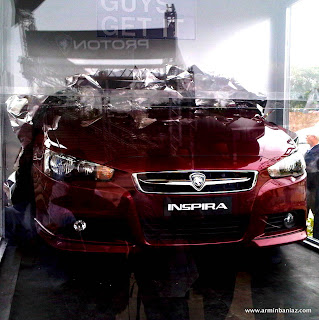 There were dozens of press that gathered for the Press Conference. 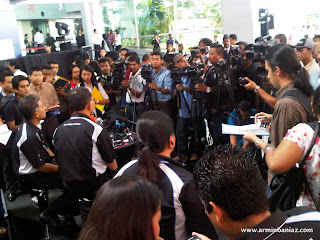 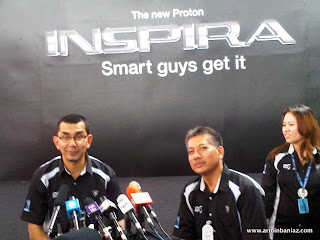 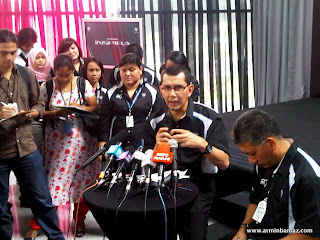 There are 4 choices of colours namely Plum Red, Solid White, Genetic Silver and Tranquility Black for Three model Variance: Premium2.0 CVT, 1.8CVT Executive Auto and 1.8 MT Executive. For the early birds or those that book now within a limited period will be eligible for an introductory offer worth RM1,658 for a 2 years or 50,000km free parts and labour.

There are only 1,000 PROTON INSPIRA cars to be produce per month, to avoid unnecessary long waiting period, click HERE to contact us for booking now.