20 YEARS OF THE ORIGINAL BOOTCAMP, THE HISTORY....

20 years ago in 1991, at the tender age of 17, Jim Brabon joined the Royal Australian Army as an Infantry Soldier.He had just completed his final year of school, and with weeks was on a bus to Basic Training (the Australian name for boot camp).

Having competed at a national level in Athletics, Cross Country and Road Running, Brabon was soon identified as "An extremely fit individual amongst a very fit group of men." by his Commanding Officer.

Despite his already impressive level of fitness, Brabon soon found that the functional training methods, and discipline based motivational techniques utilised by his superiors, continued to improve his overall physical ability, more so than the methods taught to him while completing his fitness and athletics coaching certifications.

Base on his reputation within the ranks, Brabon was soon fielding requests for Personal Training from fellow soldiers looking to undertake the gruelling SAS Barrier Test, and if successful, the legendary SAS Cadre Course. It was at this time that Brabon discovered his passion for motivating others to push beyond their mental and emotional barriers. As a result Grunt Athletic was born.

Brabon's methods were obviously working. Not only were his clients stepping up and being noticed by the Army's upper echelon for their rapid physical improvements, but those of his clients who had wives and girlfriends living on or near the base were receiving plenty of compliments from their partners. It wasn't long before one such wife approached Brabon with a proposal to train her and 10 of her friends.

It was only natural that Brabon utilise the same motivational techniques and workouts that had worked so well with the soldiers. So without much prior planning, Australia's first military based fitness program for civilians, ORIGINAL BOOTCAMP™, was born. It was at this time the man formerly named as Jim Brabon became better known as Chief.

...attracting a wide variety of clients, from middle aged house wives who had never trained before, to professional athletes.

After leaving the Army, Chief returned to Melbourne, where he continued to further his career in the fitness industry, eventually managing and even owning a number of successful health & fitness facilities. All the while, continuing to conduct his early morning Bootcamp sessions, attracting a wide variety of clients, from middle aged house wives who had never trained before, to professional athletes.

Chief eventually made the descision to move to Sydney where the fitness industry was booming after the one of the world's largest health club chains made a move into the Australian market.

Chief's ORIGINAL BOOTCAMP™ program grew rapidly on Sydney's iconic Bondi Beach, and it wasn't long before the above mentioned Health Club chain approached him, asking for him to help them establish their own boot camp program Australia wide.

It was at this stage that Chief teamed up with the woman who would start as the country's first female bootcamp instructor, and would later become the driving force behind ORIGINAL BOOTCAMP's reputation for exceptional customer service and professionalism, Emily Hames (nka Emily Brabon).
Em started her boot camp career as an Instructor on the flagship Eastern Beaches program, before taking on the leading role of the club chain's National Boot Camp Sales  & Customer Service Manager.
Under Chief & Em's guidance, it wasn't long before the program became the most talked about fitness fad in the country. In three years The pair appeared on over a dozen TV segments world wide, and Chief was formally accepted by the fitness industry as the Pioneer of Bootcamp training here in the Southern Hemisphere.

In 2003, Chief & Em decided it was time to go out on their own, and re-establish the ORIGINAL BOOTCAMP™ brand, back on beautiful Coogee Beach.

Before long, the duo were approached by personal trainers, military personnel, and privately owned health clubs, asking whether they would be willing to License their highly successful system.

Since then, ORIGINAL BOOTCAMP™ has grown to become the largest boot camp fitness program in the Southern Hemisphere, with over 50 locations Australia wide.

In early 2009, ORIGINAL BOOTCAMP™ launched its first Malaysian and US based programs, with the Malaysian arm expanding to 3 Franchises by early 2010.

With license applications arriving daily from such far flung places as China, Singapore, Turkey, the UK, South Africa and even Kenya, you will have to stay tuned to see just how far the ORIGINAL BOOTCAMP™ network will expand throughout 2010 on onwards. 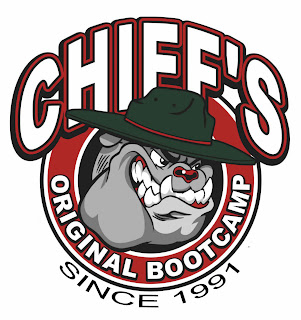