The CHIEF'S ORIGINAL BOOTCAMP MALAYSIA at BANDAR UTAMA welcomes 10 Sports Science Students from the University Malaya at BU Alpha platoon, to research and understand the mechanics of our 20 years old program. The students whom were in their second year degree course arrived early for the 5:45am alpha platoon session.

After the shortened warming up session by Corporal (OBC) Nawal, Sarge Dann separated the 10 students, Rangers, Seal and Delta and then partnered up the strongest with the weakest to give them the extra boost in mojo. 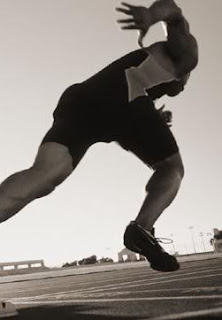 The partner-based workout named the ROCK & ROLL RELAY.. eh I mean the ROCKING RELAY entails a 4 sets of cardio workout relay with muscle endurance stationary exercise. There were four forms of cardio from a normal sprinting, run & drop-down, to bunny hop for those with knee restrictions and kangaroo jump to bear crawl. I was unfortunate to be training next to two Meks.. Mek Yam and Mek Ling. Mek is a nick commonly used in kelantan that carries a few meaning depending on the usage. Mek when used in Kelantan can means mummy, or Miss but for Mek Chan Meng Yam and Mek Shear Ling Toh, it means noisy... okay i made that up. No such meaning.

While one of the partner did the cardio, the other partner performed four types of muscle endurance workout with a Grunts, Deep Pushups, Truster getups and military situps.

In total darkness, all that I can think of was perfect form and 20 repetitions of each muscle endurance workout but everytime I completed 20 repetitions (except for grunts which i took my own sweet time waiting for the partner to return), my partner is still no where to be seen. It was impossible to do any extra repetitions without having any energy left for next round, so I stopped and start peep to the right and saw Rienna Choo and Mek Yam. I look at the right and saw Super Delta Power Puff Kenix Lim. and just as  I look up, I can see Mek Ling approaching the line and start her Mek-Nagging Armin stalling stallion.

A shortwhile later.... another voices was heard from the dark.... "Armin.. Where are you!???" sounded like Dr Malek Aziz.... "Still breathing Doc...", I replied still gasping for oxygen. Just when 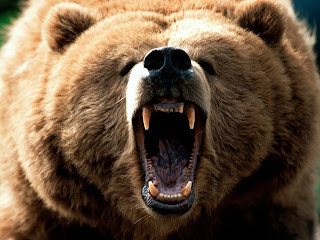 The bear crawl was the toughest but probably is one of the best workout for the core muscle. Crawling in darkness increases its intensity especially when we crawl 'senget' (crooked) most of the time.

The session ended just-in-time before we turned vegetable but thats what bootcamp'ing is about... we surrender, gave our best in the 1 hour session and if we had to struggle to complete the sesssion, then we have had a great workout. If we sailed through the 1 hour session comfortably (and probably with abit of sweat), then you have mastered the art of cheating-during session..... (hinting to the two meks and John Chuah??). 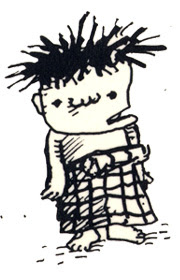 A short reminder to all past, present and future recruits... its party time
When? 29 january 2010, 3:30pm to 7:00pm!!!
Where? Lot 3014, jalan Palimbayan Indah, SUNGAI PENCHALA, 60000 Kuala Lumpur
Theme? Yesss.. in conjunction with the venue at KAMPUNG SUNGAI PENCHALA, the theme shall be KAMPUNG BOY/GIRL