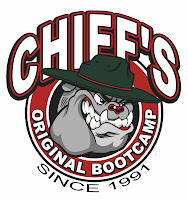 The ORIGINAL BOOTCAMP MALAYSIA @ Bandar Utama that was established in June 2010 have had 7 graduation parties before the closing of the year. A total of more than 300 recruits excluding corporate and children at the Seal Pup have participated since establishment and there are more than 3,000 pictures taken at all graduation parties.

The summary of all the graduation parties are as follows:

The first graduation was organised at the ECOBAR, Damansara Perdana on 7 July 2010 . The theme was the World Cup in conjunction with the World Cup fever. (See: first Grad)

The July second graduation was held at the DUKE, Taman Tun Dr Ismail and the theme was the rugged white and denim in line with the 'younger' look having burn thousands of calories training at the bootcamp. (See: Second Grad)

The August or the third graduation was combined with September graduation due to the fasting month or the Ramadhan month and was held at the co-licensee's residence at Bustanu Pahamin. The theme was Hari Raya in conjunction with the Eid Mubarak celebration. (See: 3rd &4th Grad)

October graduation was held at the Library at the E-Curve Mutiara Damansara with a hilarious theme Nerd & Geek. The Nerd & Geek theme was to add some laughter to the monthly graduation. (See: 5th Grad)

November graduation was organised at the TGI Fridays with the theme Hats Off.. in line with the 'hats off'  & well done recruits for both completing the 8 weeks challenge as well as for being consistent with training. (See: 6th Grad)

The last graduation party was held at the Modestos, the Curve Mutiara Damansara and we invited His Excellency General Chan Kosal from Cambodia as our Guest of Honour. There is no better way to end the year than to invite a real military to give out the certificate to our millitary inspired recruits. (See: 7th Grad)

More than 3,000 pictures during all the graduation parties are available for viewing at HERE. Have fun viewing. Thank you for making every graduation party a huge success.