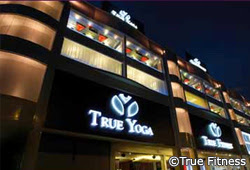 What is worst than not going to the gym at all? yesss. thats it!! It felt worst when you get yourself an expensive gym membership to be embarrassed and offended by the gym's amateur Personal trainer when you are in the midst of your training especially when he is under the instruction of the Manager on Duty!!

Being a Truefitness Blackcard VIP Lifetime membership, I have the liberty of inviting 5 guests for a One month free trial and having introduced 4 other VIP Blackcard members, I once had at my disposal twenty free 1x month VIP card membership which I have used up most of it.  Naturally.... of course I would bring all my friends of the closest circle to be a gym member at the same club. That way, we can continue to hound and motivate each other... or nag and nag and nag... 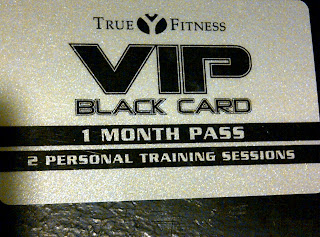 On the same note, last two months, I invited Daing Daniel Fitri aka Sarge (OBC) Dann the lead instructor at the Chief's ORIGINAL BOOTCAMP Malaysia @ Bandar Utama & Subang USJ1 to try out the Truefitness Gym @ Desa Sri Hartamas. After trying it out for 1 month and almost a daily routine-training on non-bootcamp days, I manage to pursuade Dann to pay and join the gym... and who can say no to me.. wink wink.

So there he goes.. Daing Daniel Fitri joined his first PAID gym club membership!!! Being a national gold medalist for Taekwondo, the youngest 5th Dann Taekwondo Master (in Malaysia) and a Taekwondo instructor at 5 centres in Kuala Lumpur and Selangor as well as the lead instructor for the Chief's ORIGINAL BOOTCAMP MALAYSIA, Dann never had to pay for any gym or fitness centres. Many thanks to me (my pleasure), Dann is now a proud paid-member at the Truefitness Gym at Desa Sri Hartamas.

In view of that, I felt obliged to blog this incident for three (3) reasons.

The following was the chronology of event.

2.   Since November, during the free 1 month membership and after paying to be a member, Daing Daniel Fitri has been regularly frequenting the Truefitness Gym at Desa Sri Hartamas and without failure, his gym routine includes various workout that always ended with a TRX session.

3.   After more than 2 months of uninterrupted usage of the TRX as well as other equipments at the gym, on 14 JANUARY 2011 AT 5PM, a personal trainer named HAZAL approached Daing Daniel Fitri and asked him to stop using the TRX. HAZAL WAS UNDER THE INSTRUCTION OF THE FITNESS MANAGER NAME "BOY".

Now the following was the quoted conversation translated from Bahasa Malaysia:

HAZAL: Bro, are you with PT (paid personal training session)?


HAZAL: sorry, you CANT use TRX. It is strictly for PT only.

and before Daing Daniel could reply,

DAING DANIEL: Of course, I am a gym member for already more than 2 months.

HAZAL: If you still want to use the TRX, you should speak to my Manager Boy, he is the one who asked me to stop you. ("kalau kau nak, kau pergi cakap dengan manager aku, dia yang suruh aku cakap dengan kau")

*ONLY when a member subscribed and paid for a Personal Training Session that he/she is allowed to use the TRX although the TRX is displayed and located at a public area without any notice.

and if Daing Daniel Fitri wants to use the TRX, then he has to purchase a PERSONAL TRAINING SESSION with the Gym!!!

6.   Daing Daniel Fitri, offended and irritated went and asked the sales consultant DANNY to further clarify the usage of the TRX as that was his pre-requisite to join the gym. DANNY called the General Manager, Sales Department JASMIT for further clarification and according to JASMIT, a paid member has all the right to use the TRX!!!

7.   Puzzled and confused, Daing Daniel then called Boy again to re-clarify because he need to use the TRX as part of his training and was told off by Boy that RULES ARE RULES!!!

8.   17 January 2010, Daing Daniel spoke to Adam, apparently someone senior at the Truefitness Gym to related his grouses and received a call from a lady UMAH, apparently from Complaints Department this morning and said that she is looking into the matter and asked for 2 days (maybe for a domestic inquiry) after being told of a legal suit.

As at todate, the TRX has been removed.

There are many issues that can be derived from this incident but my take is as follows:

3) The gym staff should speak the same language and not confuse the members with different interpretation & message.

4) The Gym should apologize to Daing Daniel Fitri for the embarrassment. Interrupting a gym member in the midst of his training is offensive especially to forbid him from using an equipment without any prior notification or proper communication.

I do not understand why the Truefitness Gym is being stingy with the TRX. As it is, Celebrity Fitness and some Fitness First branches are offering the TRX as part of the gym equipments made available for all its members... for free!!

WHAT IS YOUR TAKE?