Posted by ARMIN BANIAZ PAHAMIN on January 22, 2011
It has been awhile since we last trained at the Chief's ORIGINAL BOOTCAMP @ Subang jaya USJ1 and since many people from OBC-BU wanted to replace their missed session to ACE in January, Nawal Aini Zulkifli and I decided to hooyah USJ1 as well. It was more to support JOHN CHUAH, SHEARLING TOH, James Fong, Lilian Lee, Ju Kuang Tan and Jeremy from OBC-BU and meet recruits at USJ1.

Although we sped almost at 200km per hour, we arrived at USJ1, 5 minutes late and joined others in the midst of the warming up session. We left Sungai Penchala at 5:38am for the 5:45am session... deep down.. very deep at the back of our mind, we had our fingers crossed that Sarge (OBC) Dann wont be punishing late-comers on Bring-A-Friend Day. A few minutes after our late-arrival, Nor and Joannita Zaleha Yusoff arrived and shortly even later, Lilian Lee arrived fashionably late. Maybe its the 'in-thing' to be late now or maybe everybody was confident there wont be any punishment on BAF day. 5 late-comers!!!

Sadly, late comers are still late comers even on BAF day.. should have known better!!! but since it was BAF,  Sarge (OBC) Dann only gave us 40 GRUNTS, a BAF discount of 25 grunts!! One late comers attract 15 grunts as punishment and we only had F. O. U. R. T. Y. grunts. (thank god??). I think the grunts was meant for JOHN CHUAH whom is lobbying hard to ban Grunts from OBC-BU.

John Chuah, Shear Ling Toh, Ju Kuang and Jeremy was not late, there went AWOL!!! JOHN CHUAH & SHER LING TOH probably should be crowned the new FFK-King & Queen... they conveniently disappear every time they say.. "See you on USJ1".

The BAF day at USJ 1 was hardcorer (dont bother checking the dictionary-no such vocab) than OBC-BU. The Delta, Seal & Rangers were separated from each other and in a pre-planned workout with zig zag drop down for pushups etc. On every 10 steps, all delta from a different starting point had to chase and tap each other and those that was tapped.... must performed however much 'grunts' the winner requested! To cut the story short...... James Fong & Nawal Aini Zulkifli both tapped me and you dont want to know how many Grunts I was asked to do!!! JOHN CHUAH.. HOWS YOUR BANNED THE GRUNTS PROGRESS!!!

After the USJ 1 session, we immediately left for BU to support the SEAL PUPS. 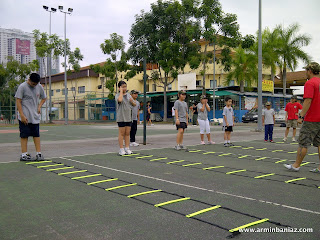 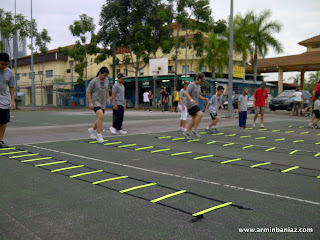 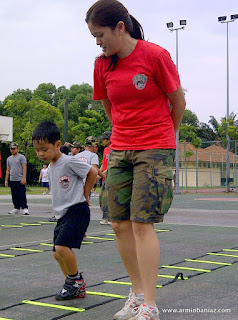 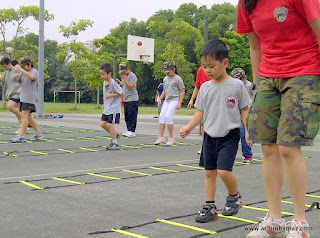 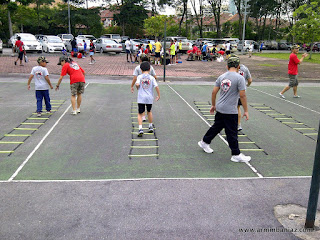 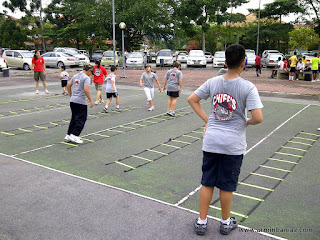 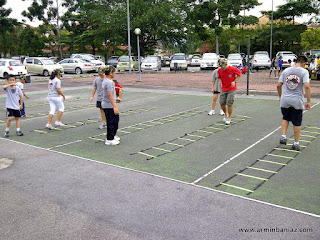 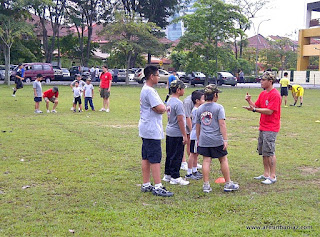 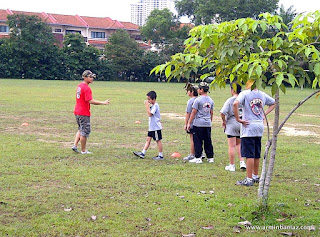 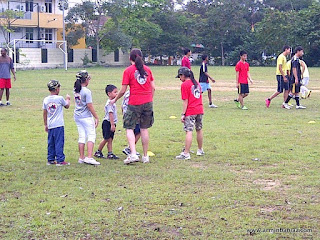 At the SEAL PUPS, suddenly spotted the FFK-KING.... JOHN CHUAH!! I think, John Chuah finally realised he can avoid the Grunts if he joined the Seal Pups?? 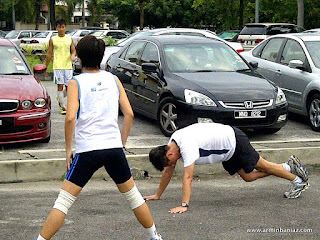 We spend the 40 grunts punishment at the BU-stalls makan 1tonne wantan mee. 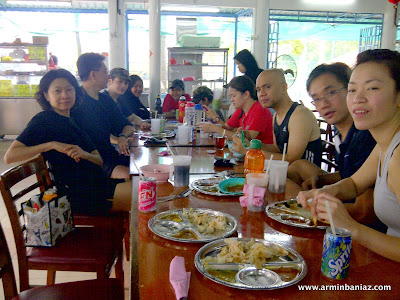