Posted by ARMIN BANIAZ PAHAMIN on February 07, 2011
On a random sampling of the four Chinese open houses that I visited over the weekend for the CNY celebration, I can derived and probably conclude three theorems.

FIRST THEOREM, the contemporary, traditional Yee Sang or Yuu Sahng (simplified Chinese: 鱼生; pinyin: yúshēng) that existed in China, popularised in Singapore in the 1960s and consists of strips of raw fish (most commonly Salmon), mixed with shredded vegetable and varieties of sauces,  condiments, among other ingredients that acts as a symbol for abundance, prosperity and vigor is less followed by the new millennium Chinese. On the sampling of the four houses that presumably represent the Chinese community. Okay.. maybe needed a bigger sampling but suffice for the purpose of this blog which I will explain in awhile.

SECOND THEOREM, Chinese New Year open houses does not serve Chinese Food. In all the sampling, the varieties of food served ranges from nasi lemak bungkus, western to Japanese Teriyaki. After walloping a few nasi lemak bungkus and even 'tapau' some Japanese food, I have no complain.

THIRD THEOREM, most of the Host at the Chinese New Year open houses do not wear Red. Actually I too do not understand the importance of red colour but during every Chinese New Year, every streets, shopping mall and houses are decorated in red. Even Ang Paw is also in Red so I am sure the colour red has some significant...... and so I thought. 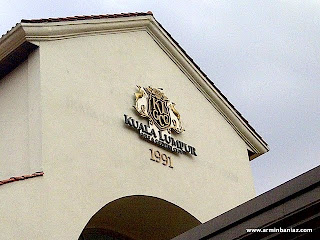 I think Chinese New Year should be more traditional and less commercialize but being a  Malaysian, it does not feel right to be without any Yee Sang on the fifth day of Chinese New Year. So after the random sampling, we had to uphold the Malaysian multi-cultural tradition by having a Chinese Yee Sang on our own....  led by Daddy-Boss, the whole Bustanu Pahamin went to KLGCC for our first Yee Sang Dinner.

Since Sister Dr Teratai Edithy Pahamin & Amnan Bazli Pahamin are not around to join us, this blog was dedicated to both of them with a message....... You missed a god damn good dinner!!!! bluwek.... 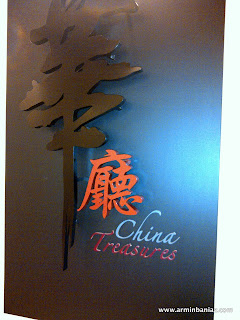 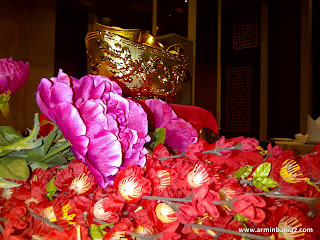 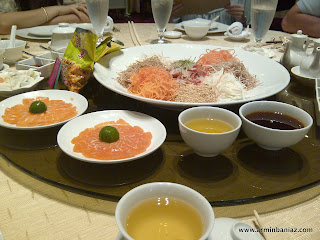 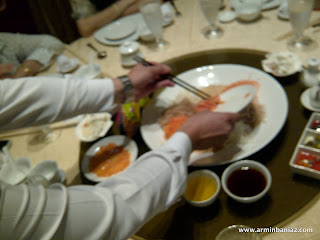 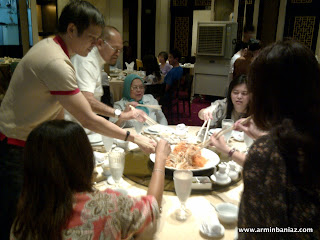 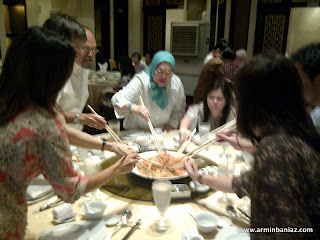 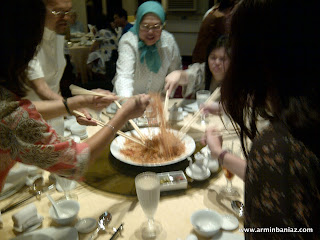 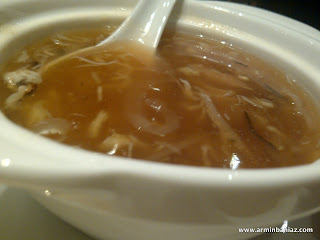 Crispy Chicken??? or whatever its called.. Soooo good!!!! 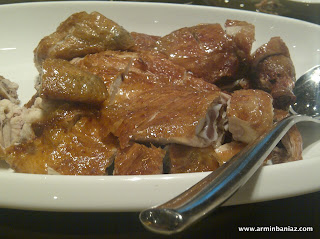 Salted Egg prawn.. the bomb!!! but the salted prawn at lala chong was better!! 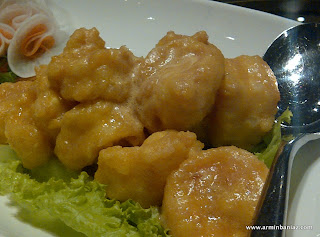 This scary fish with the mouth open was actually more delicious than its look!! 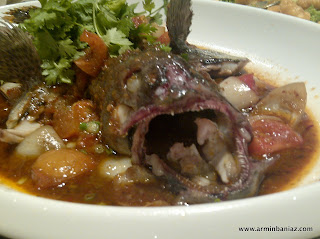 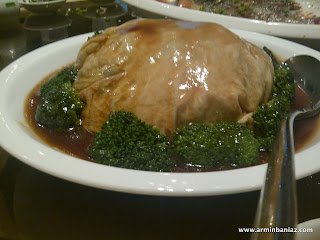 Aaaah.. Mek ta, this two are your sisters!! 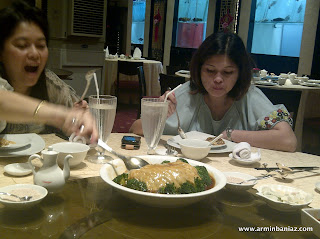 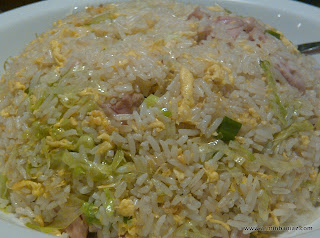 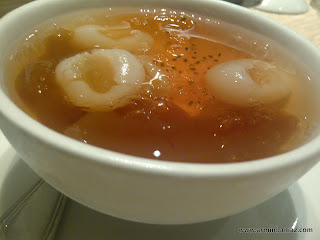 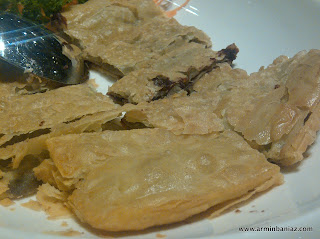 Ooh this one is your brother!!!!! Excuse me.. I am from Makan Department!!!
Dont be jealous!!! 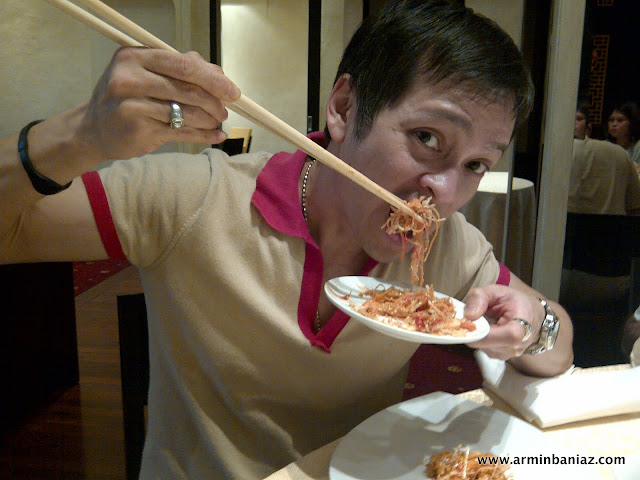