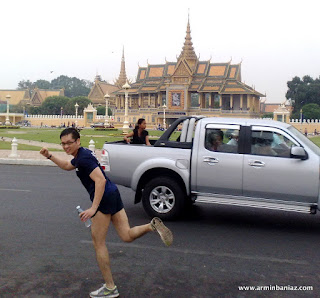 There is nothing better than to start the day with Running... but the picture on the right was 'acting' and eksyen-picture only....

But actually I did go running because I ate too much the night before. We had dinner with H.E. Ponlork Ho. Excellency Ho ordered and brought two freshly slaughtered Deer, 10 Rabbits and seafood to entertained us and Vietnam Colonel Tang Van Chuc, the Deputy Chief of Ministry of Defense, Chairman of Member Assembly as well as the General Director of Lung Lo One Member Construction Ltd Company, Head Quarters Army Engineer.

Excellency Ho entertained us at his armed guarded house by River Mekong and those food were barbeque and served fresh from the fire pit. 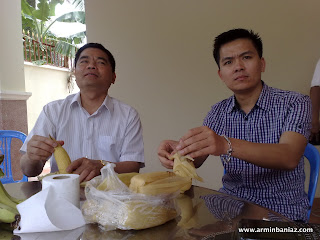 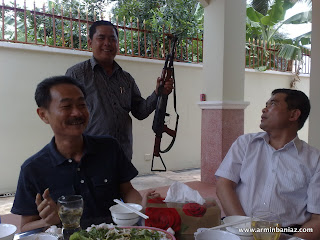 Having ate Rabbits and Deer, I planned for an hour of jogging today but ended with 30 minutes run and 30 mins walk instead (aiiya)..... 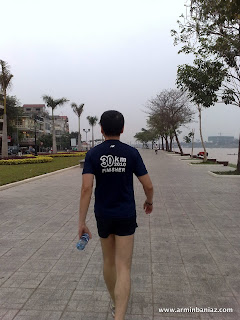 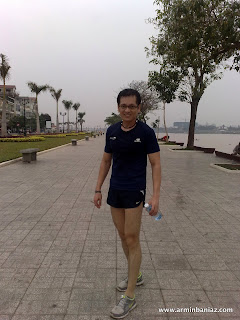