Posted by ARMIN BANIAZ PAHAMIN on May 24, 2011
Part 3 of many series as a countdown to 1 year CHIEF'S ORIGINAL BOOTCAMP ANNIVERSARY!! Part 1: Lilian Lee, Part 2: John Chuah. 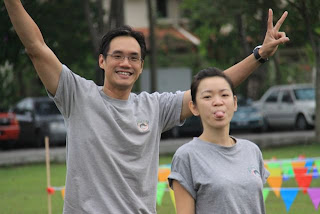 Delta, 3 times voted the Spirit of Bootcamp & 8 Weeks Challenge finalist James Fong and hot ass Chan Meng Yam joined the COBC 11 months ago to prepare themselves to conquer the Pinnacles at Mulu Caves. Recalling their first experience in June 2010 last year, James Fong and Chan Meng Yam were both an owl being quite wide awake and was out everywhere drinking, dining & partying at night but their lifestyle change when they forced themselves to sleep early in fear of what workout Sarge (COBC) Dann was going to prescribe the next day. 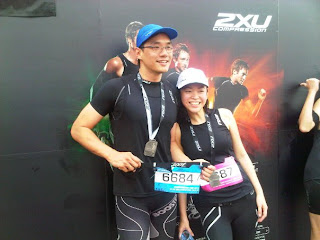 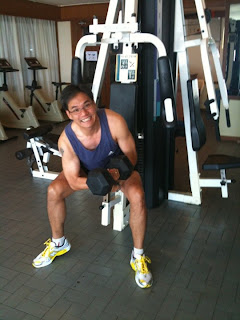 James Fong a Chartered Accountant and Hot Ass Mek Yam was also one of the first few recruit that actually took advantage of the CHIEF'S ORIGINAL BOOTCAMP Global NETWORK and went to COBC session in Australia. Any recruit from any COBC can go to any COBC (even in Australia) for any session as long as they are an active recruit at one of the many ORIGINAL BOOTCAMP Inc centers.

Mek Yam Chan Siu Cheh... or Chan Meng Yam knew she had to stop many times from barely a kilometer walk in Taman Negara 2 years ago and having planned to climb the Pinnacles in Mulu, she had to start working out. She joined the COBC to prepare herself for the expedition and her journey with COBC never stopped since. After Mulu, Yam & James Fong had also participated in various running event.

Mek Yam is known with many names. Amongst her trademark names were Torn-Pants Yam because she wore torn pants to bootcamp...  Mek... but never TomYam and also Hot Ass.. err i dont know if she literally have a hot ass but why Mek yam was known as hot ass Yam???.....watch the video! 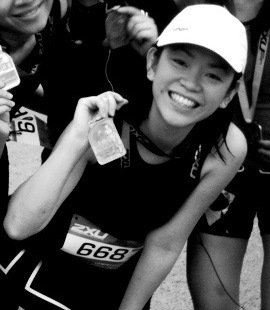 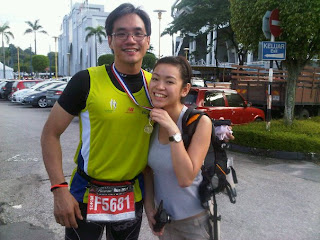 Since joining the CHIEF ORIGINAL BOOTCAMP, James Fong did not just hold the best record for benchmark assessment but he started running!!! He ran his maiden 10km run at the BARENO in March 2011 early this year. He then left for Singapore to run the Singapore 12km 2XU race where his hot ass partner CHAN MENG YAM ran her FIRST race!!