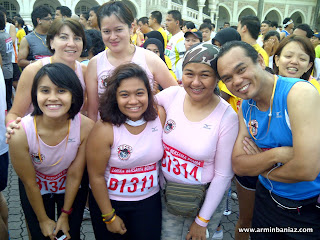 LARIAN BERSAMA BOMBA 2011 or RUN WITH FIRE FIGHTERS 2011 was held at the Dataran Merdeka yesterday 8 May 2011 and was flagged off at 7:30am sharp. This year marked the 9th Bomba run and we never missed these 10km runs except for last year when a bunch of us typically Rose Emini Pahamin, Nawal Aini Zulkifli, Ili Liyana Baharon, Nyna Mohsen & Faizal Ariff Abdullah registered and went for the run but did a 'Raju' instead!!! (click RAJU for that bomba'licious run). 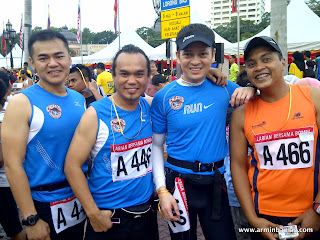 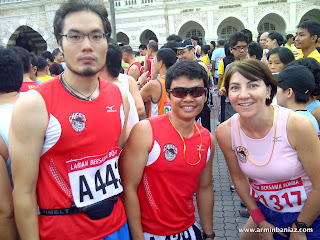 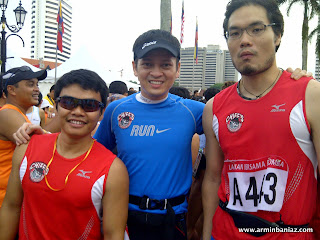 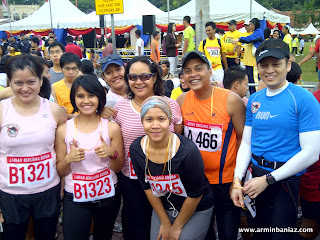 After the flag-off, we ran....... and while running.. spotted the Chief's gals in pink vest, guys in blue and trainers in red!! There were so many of us.. 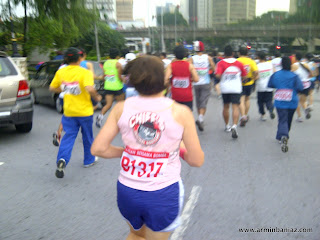 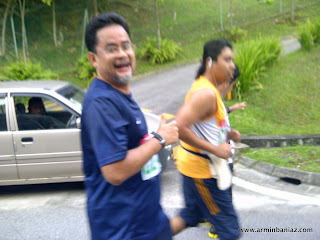 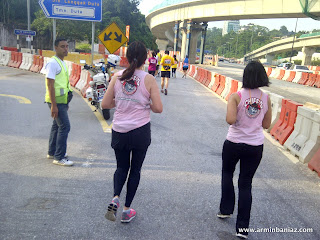 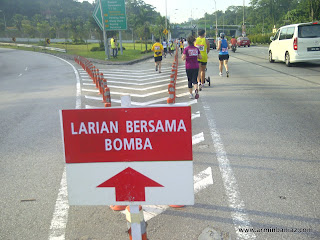 LARIAN BERSAMA BOMBA... err.. i was imagining BOMBA.. fire fighters in full suit running the 10km as well and we ran along with them.. but no, there wasnt any 'bomba' running.. only bomba 'posing'... 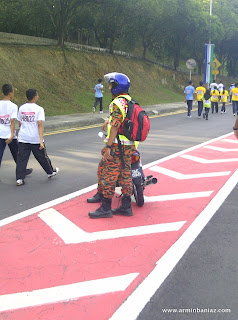 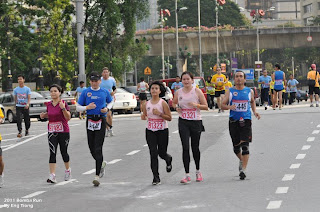 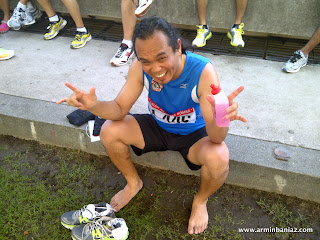 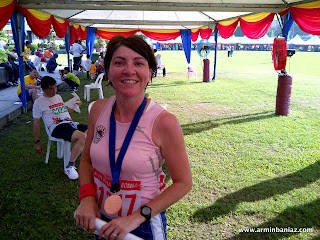 My comrade DEBBIE BURGESS.. Debbie had err... sort of stopped bootcamping for err... quite awhile and she had also stop err...running for err.. 5 YEARS!!!! FIVE YEARS!!! DEBBIE!!! but Debbie... welcome back to both the bootcamp & the running fraternity!!! We are proud and glad you ran with us today. We will be registering you in all running events that the CHIEF'S ORIGINAL BOOTCAMP is participating.. Stay tune.....HOOYAH!! 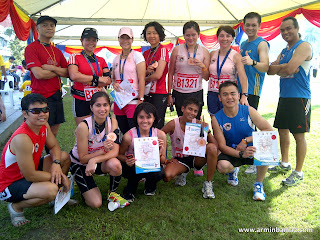 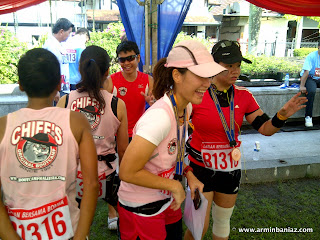 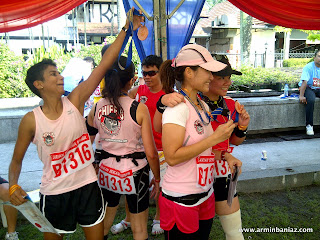 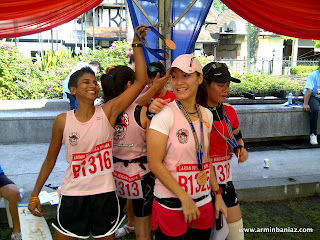 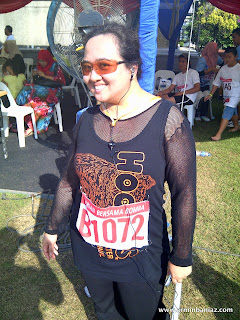 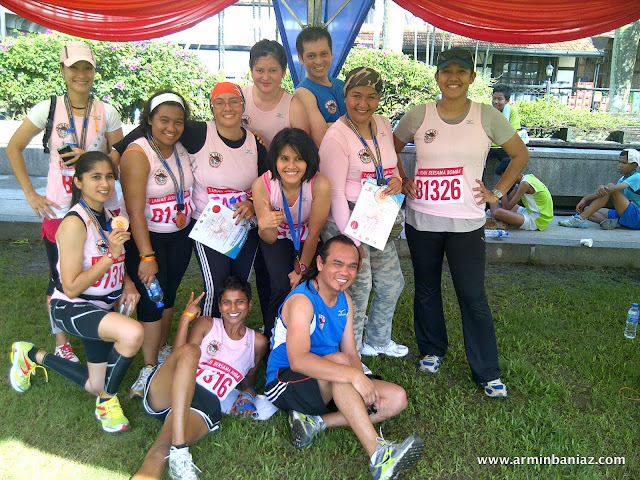 We are also proud with all runners whom never give up and crossed the finishing line in whatever time recorded. Running is a passion.... not a burden.