UP CLOSE AND PERSONAL WITH JOE LIEW YAW LOONG 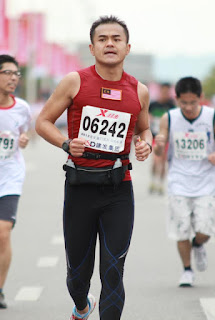 JOE LIEW YAW LOONG whom was born and raised in Kuala Lumpur, graduated in 2001 from the University of Missouri-Columbia majoring in Marketing. Upon graduation, Joe Liew came back and run his family business which was established out of his forefathers' interest as a hobby in supplying martial arts and self-defense equipments in Kuala Lumpur. Although Joe Liew has always been exposed to sports by virtue of the equipment supplies but his interest in sports and outdoor activities was far fetched. He was never an athlete and totally hated being all yucky in sweat playing sports... Joe Liew would simply resist any opportunity that would expose him to the sun and humid!! Since childhood, the word that best described Joe Liew was a "Couch Potato".

Under duress from parent's pressure, Joe Liew took up taekwondo only during primary school then fencing in secondary school and in university because fencing was less strenuous. Swimming that washes away any chances of being drowned in sweats was Joe Liew's preferred form of exercise which he mastered and was certified as a Live Guard.


Joe Liew first heard of the outdoor group personal training bootcamp from Staff Sarge (COBC) Dann @ Daing Daniel Fitri whom he has befriended for many years. Staff Sarge Dann was a recruit at Padang Merbuk then, whom was under training to sit for his 5th Dan Taekwondo assessment. Having known Daing Daniel Fitri for years, Joe Liew was impressed at how much Daing Daniel Fitri had lost weight and toned-up that Joe Liew enrolled himself at the Chief's Original Bootcamp (formerly known as Original Bootcamp) (COBC) when COBC first opened in Bandar Utama. Joe Liew is a pioneer and still is a member at the COBC. 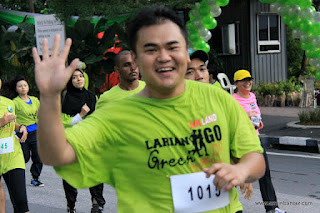 The 5 times voted Spirit of Bootcamp (SOB) by his comrade at Bandar Utama Alpha was admired because of his transformation from where he was in size and lifestyle. Joe Liew weigh more than 100kg (see picture on left) with either an XXL or XXXL shirt size before COBC to now, barely 70kg and shirt size S (the first picture above). Joe Liew was so overwhelmed at his newly found energy at the bootcamp that he enrolled and ran his maiden running event at the Larian Go Green Fun Run at Damansara Perdana with a distance of 7.5km in June 2010 barely a month after joining COBC.

The single and one of the most available bachelor at the Chief's Original Bootcamp hardly have any time to socialize being busy with his business. Although young and free but Joe Liew have always been committed to his business and COBC workout program. The man that hardly missed any workout session  never realized how much he had improved and physically changed but only took Staff Sarge Dann's advice and hold it dearly. Joe Liew recalled his first conversation with Staff Sarge Dann where he asked: how fast and how soon can he lost his weight?!! Joe Liew said, Staff Sarge answered in a very simple sentence, "Do not miss any session, make sure you push all out and don’t cheat in sessions.. its only 1 hour per session and you will get your answer before you even realize it!"

"One day at the bootcamp, my question was answered", said the most popular recruit in COBC being the most frequently voted and undefeated SOB (5 times). "One day, Farhanah approached and said to me..... Joe Liew, you have come a long way. Your changes had aspired many recruit", recalled Joe Liew whom suddenly saw himself rushing back home and took a deeper look at himself in the mirror. "I was so religiously attending every session and making sure I gave in my best effort that I forgot to even noticed the fruits of my hardwork", continued the loyal pioneer. "Only God know how overwhelmed I felt when everyone surrounding started to notice me and my changes.", said Joe Liew.

"I received the best result when I participated in the COBC 8 Weeks Challenge.. my body transformed at supersonic speed in weight lost!!!" added the initially shy and not so talkative Delta. It was hard to start any conversation in the beginning with Joe Liew. He is always to himself getting frequently lost deep in his thought but the soonest as the workout began, his energy... his scream while training... his heavy breathing catching up a breather after throwing his best effort was quickly felt by all his comrade!  While other people were attending to their tiredness and exhaustion, Joe Liew's focus was to fight against time before the platoon commander screamed steady signaling the platoon to stop. When other recruit was waiting for the command to stop, Joe Liew refused to bow down to his exhaustion and most of the time continued to workout even when the commander commanded the word Steady!! ... that is Joe Liew!!

When others would succumb to a sinful meal, Joe Liew will be calculating the calories he burn today against the intake he might indulged himself in, which in the end he ended up drinking a few pints of mineral water instead. "I really enjoyed the suspense of a workout program that when others would go out clubbing and socializing at night, I will be calculating the hours of sleep I needed to make sure I can give in my best effort at the field while training tomorrow", said the once a couch potato that can now run a 21km race in less than 2 hours. Again, that is Joe Liew.


To be where he is now from over 100kg in weight and size as huge as er.... censored, does take alot of perseverance and determination. Joe Liew who is always ever so positive and aspiring always said to everyone and anyone who wants to listen, result is there for you to grab! you just have to ask yourself, how much you wants it! If you wants to lose weight, you have to calculate your calories intake!! you have to have enough sleep!! You have to make sure you gave your 110% effort while training. Surrender yourself to your platoon commander while training!! "I followed strictly Staff Sarge's every advice", said Joe Liew whom could not be thankful enough to Staff Sarge Dann for introducing him to the world's oldest military-inspired outdoor group personal training program.

From just swimming and working out in style dressed in full battle uniform for sword fencing sport, the man that hated yucky sweat and humidity now is obsessed with dirty, muddy, stinky, sweaty, tough and rough workout program at COBC.

"Although losing weight was the target, the bonus of being at the COBC is its community" reiterated Joe Liew. "People that I know at the COBC were never my friends but they are more than a buddy and best friends. We share most of the things that others wont understand. We share the same torture, the same pain experience, the same determination and especially the same passion. We would frequently meet outside the field for some off-field bonding and to strengthened bonding discovered at the field", said Joe Liew who is also a blogger at HERE.

From an inactive work in air-condition office to now a marathoner, Joe Liew said his turning point and enthusiasm in physical activities and fitness dieting began with the lifestyle he adopted from COBC. Now my daily diets and workout became my ideal healthy routine and is a step further into my newly discovered hobby... marathon running! Todate, I have run 15 running events with some as far as China. 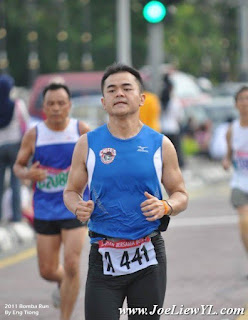 "This year, I will clocked in more and more mileage in running and COBC is these two are my only love", said Joe Liew who is out searching for a partner ..... hint hint. "Last but not least, if there is a word that can best describe my gratitude, that would be the word I would use to express to the COBC team for the new me!! For getting the best out of me. This is the beginning of a new chapter. I am proud to be part of such a privilege community. HOOYAH!!", said Joe Liew proudly.

Sarge (COBC) Nawal best described Joe Liew as a true gentlemen. Very soft spoken and calm by nature and has the warmest personality. He is easily likeable by anyone and would go out of his way to help and support his friends and associates.

"Joe Liew as a kind hearted man", said Corporal Wan and continued, "Joe liew is also very humble and down to earth and if there is one man that best described the word determine.. that is Joe Liew!!" 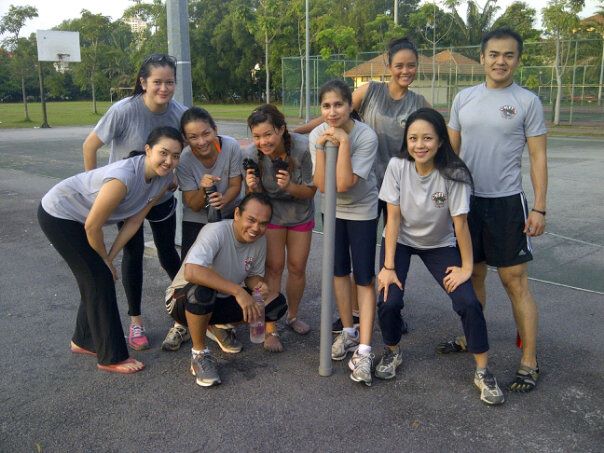 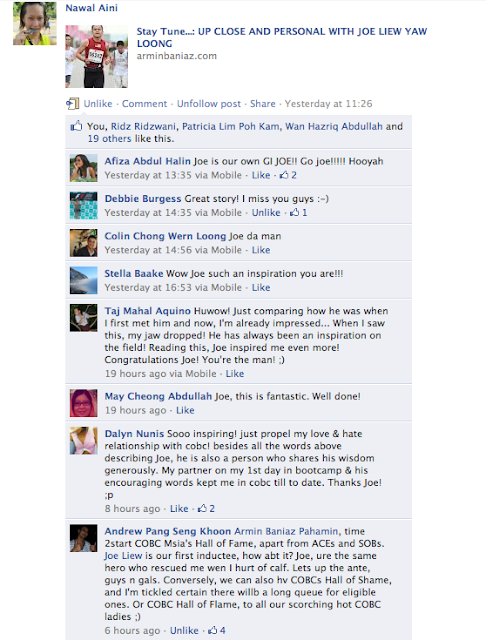 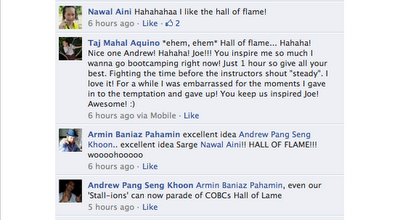