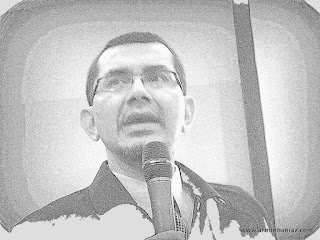 When Dato Sri Syed Zainal first came into PROTON on 1st January 2006 taking over the  hot post from Joint-MD Dato Kisai Rahmat and Dato Kamaruzaman Darus, he called upon PEDA and the dealers to support him against 45,000 unsold stocks, the worst level of stock holding in the history of PROTON. Dato Sri Syed Zainal too inherited the burden to consolidate more than 400 over-congested showrooms in the sales network and took over when PROTON lost its no 1 position as Malaysia best selling cars.

In contrast to all previous Proton Managing Directors that would dictate on policies for PEDA and the dealers to swallow, when Dato Sri Syed Zainal was first appointed, he called and met PEDA to asked for market feedback and inquired on the network's problem. There were no PROTON EDAR Chief Executive Officer then, for more than a year. The communication was a direct channel between Dato Sri Syed Zainal and PEDA. Most of the public outcry and the dealer's issues pertaining to the low quality of cars were addressed, slowly resolved and mitigated. At this juncture, Dato Sri Syed Zainal even answered to various complain in Cyberspace and internet himself as the Managing Director. He personally attended to all the complains and directly commented on various blogosphere and cyberspace. He was also the first PROTON Managing Director that extended the manufacturer's warranty for all cars to a good 5 years (from previously only 2 years).

However, some operational issues had worsen and escalated when the line of communication between PEDA and the pious MD was halted on the appointment of a Proton Edar Chief Executive Officer. Communication between PEDA and the manufacturer became almost non-existence and operationally, brokers were bred, customers to a certain extend, were victimized when they had to shop around for the best deal with the mushrooming of brokers in the market whom offered only unregulated partial discounts on overtrade that was meant wholly for the customers. Issues on disorderly marketing were swept under the carpet. Manufacturer's warranty is back to 2 years in contrast to all other competitors whom are still offering 5 years extended warranty.

Now that PROTON BOARD OF DIRECTORS had regrettably accepted Dato Sri Syed Zainal's resignation and his resignation is official, I am proud to say, at least for myself whom had directly worked with him, that I can now give out my name card bearing either a dealer or the President for the Proton Edar Dealers Association Malaysia without any complains received from the customer. Once, whenever I handed out my namecard to anyone, most of the time, the customer without failure will express out at least 10 complains on Proton car defect in one single breath. All that is now history. Complains were better managed by Proton and customer satisfaction index was improved. This is the result of his effort and hardwork. Dato Sri is also a pleasant gentlemen to work with. 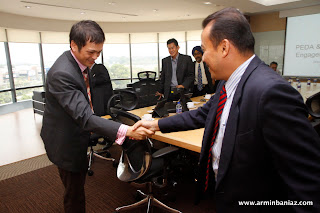 The booking for the Proton Preve is healthy but the number of approved loan is absurd with the Central Bank new Lending rule and this is a story for another session but for now, PEDA is looking forward to work closer with the new management in Proton in particular Dato' Lukman Ibrahim, Kamarul Zaman and Abdul Rashid Musa. Thusfar, everything is positive with them being very dealers-centric. The DRB-Hicom's methodology in treating the dealers as a customer is enlightening and is a big paradigm shift and an evolution from what was previously practice by Proton Edar. (picture: Armin with Dato' Lukman)

Where will Dato Sri Syed Zainal be attached to hereon? I dont know.. but coming to a general election, I think Dato Sri is a good candidate to be reckon with. Until then.. Stay tuned! 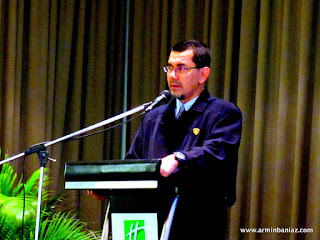