UP CLOSE AND PERSONAL WITH ABDUL AZIZAM 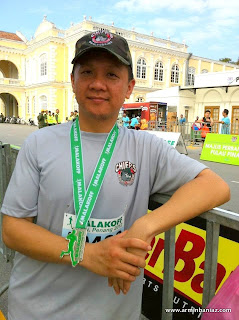 Abdul Azizam, a Sabahan and a worldwide Ahmadiyaa muslim community missionary moved to Penang in 2010 and probably had the shock of his life with Penang food delight that saw his weight prospering to a whopping 98kg... 2kg short of hitting the 3 digit weight level. It did not help too with Abdul Azizam or more fondly known on facebook as Sam Kaola's passion in cooking!! He did not just love to eat but he also loves to cook... a deadly combination. When an average Penangite would go clubbing at night or layparking by the beach, Azizam would go restaurant-hopping trying out various food ports available in the island. Infact, Azizam kept a chart and list of best eateries in every part of Penang (hah.. now we know who to contact for food in Penang). While others who landed in Penang would visit all the historical and tourist attraction sites, Azizam would be exploring all restaurants and that was exactly what he did when his family visited him in Penang from Sabah. He brought them to eat all around the island as oppose to bringing them site-touring that little island. 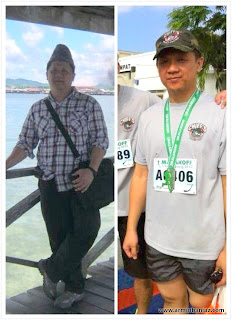 The father of two-lovely-daughter's life took a turn when he incidentally paid and enrolled to try-out the Chief's Original Bootcamp (COBC) last year. Instead of waking up to food, Azizam actually woke up and exercise. Azizam's wake up call was when he went shopping and his choices of clothing were so limited due to his bigger than XL size shape. He never enjoy going out shopping but Azizam's saddest moment was when his romantic wife could not bear hug him because he was too big for her hands to meet... Azizam said, "My wife always surprise me with a hug from the back but when I was too big, she could only lean without being able to give a good hug".  The always smiley dude continued, "Now, my wife just could not let me off her sight without hugging me. Happiness is she... and me!!"


Azizam learn the true meaning of friendship at the COBC. In his jovial self, Azizam who is expecting his third child soon said, "At COBC, I met great people whom share the same chemistry and passion in friendship, food and workout. I have never met a group of people so passionate with their training". Azizam was beyond words with his expression. The self-motivated man was so lively that his energy was felt by his comrade and not surprising, Azizam was voted by his comrade the "Spirit of Bootcamp" three (3) times for his platoon!!


The cheerful but determine recruit said, "COBC gave me the opportunity to have great people as friends and wearing the grey COBC tee somehow gave me the sense of belonging to a community that I am so proud off." 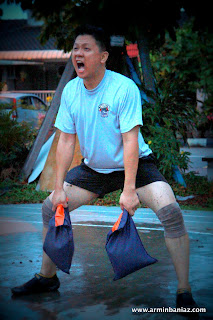 Smiling Azizam said, "If there was a word that can best describe how grateful I am to COBC and especially to the instructors in Penang, then I will use that word but in the absent of that word that best described them, I want to give them a big bear hug instead because, there was time that I was very low in spirit and enthusiasm and almost give up during training but every time Sarge (COBC) Boon called my name.. It was like a thunder strike and out of no where, whatever energy left in me suddenly strike out and there I was.. all recharged and energized to complete the session to the end."

"Thank You COBC, Thank you Sarge Boon and Thank you all instructors", said Azizam being lost of words before continuing again, "I have a great time beyond words with COBC'ians... yaaa.. particularly those in Penang where we have a bunch of animals doing boink boink". "I never knew friendship is about exercising and makan but that is what friends are.. to share our passion and yet stay fit and healthy", said the most popular guy in Penang platoon. Somehow, COBC brings out the hidden energy in us during training and also brought out the 'animals' at meja makan especially at the famous "Meow Meow in Curry" (Kari Ikan Keli) that was introduced by the platoon commander himself.... Waaaaaa... lapar again!!!", laughed the always cheerful man Azizam before ending it with a HOOYAH and Hooyah again!! HOOYAH!! 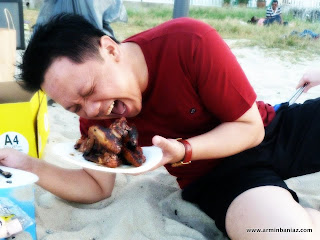 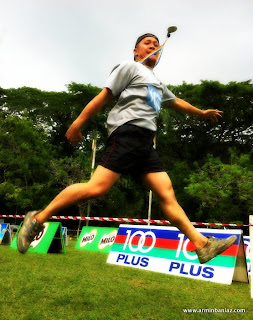