UP CLOSE AND PERSONAL WITH FAIZUL ZAINOL 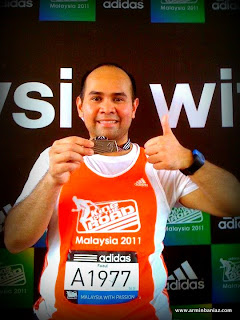 Faizul Zainol, a Chartered Engineer is an Operation Manager at the SapuraCrest Petroleum Berhad (2005) and a recruit at the Chief's Original Bootcamp, Malaysia (COBC) since April 2011. Faizul Zainol graduated from Oxford-Brookes University, United Kingdom in 2001. The 33 years old Chartered Engineer was also active in sports having represented his State, Kedah during his Secondary School in Badminton and table-tennis at the Malaysian School Sports Council (Majlis Sukan Sekolah Sekolah Malaysia) tournament. During his undergraduate in the United Kingdom, he represented his University in inter-university badminton tournament nationwide. Now, Faizul Zainol is an avid golfer and enjoys reading and travelling.


Despite being active in Sports, the second child in a sibling of 4 males was the biggest in size as compared to others in the family. The boy who hated running and exercise was a thoroughbred plump boy all his life and throughout his early school years but Faizul began losing weight when he was accepted into MARA Junior Science College (Maktab Rendah Sains Mara), Taiping. At boarding school, exercise was compulsory and food menu was not by choice nor was it appetizing. Faizul's weight was naturally adjusted to an ideal 85kg (height 180cm) as Faizul left home to pursue his Form 6, A' Levels in Bath, United Kingdom.

Being deprived from his choices of food, Faizul quickly indulged himself into all the food varieties when he returned home upon graduation. He was all nasi Briyani, nasi tomato, nasi kandar et cetera and even look like one. He was back looking cute with 130kg in weight and under duress, Faizul enrolled himself at the gym but was only able to shred a lousy 5kg after 4 years of training. The son to a gynecologist father was flabbergasted and immediately accepted the invitation from his friend, Siti Balqis Mohd Saidi to try out the world oldest, 21 years old military-inspired group outdoor personal training program. Siti Balqis was a recruit at the Chief's Original Bootcamp. Faizul enrolled and attended the program alone as a stranger in April 2011.


The stubborn, very self opinionated and regarded as a simple but complicated person by his wife, surrendered himself and followed the COBC program religiously. Faizul quickly became addicted to working out at COBC and lost 2kg during the first month. After a consistent and discipline training and having participated in COBC 8 Weeks Challenge, todate, Faizul had lost 20kg and had dropped 6 size down from 44" to 38".


"Most of my colleague ridiculed me during this period as I only took certain food during lunch with them. I was so determined to stick to it & at the end of the day, some of them got inspired by it & even signed up for COBC!!!", said one of the most popular guy at the Bandar Utama Alpha Platoon.

Faizul further added, "I still have another 20 kgs to go & is determined get back to my ideal weight by the end of this year. The best part, I was upgraded to a Delta after the 8WC!  I am now a DELTA!!" screamed Faizul, "A Delta!!!". A Delta is the highest ranking of fitness at the COBC after the Ranger and Seal.


The consistent and determined Delta confessed, "I have always hated running and had a bad relationship with exercising but when I started COBC, I saw myself picking up running but I could only initially run a maximum distance of 4km but that even surprised me because from where I came from, running and me was like cats and dogs". 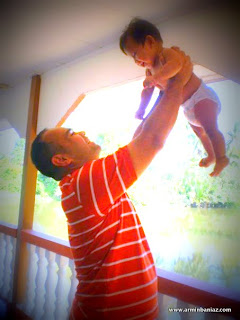 The loving father of one and soon expecting another child in June then said, "A month after joining COBC, I ran my first 4km. Three months later,  I ran my first 7km with thirty other recruits from COBC at the NTV7 run. Then I completed 16km at the Adidas King of the Road race. Since then, I ran the Putrajaya Night Run (10km), KL Malakoff (10km), MPSJ Run (10km), Terry Fox (5km), Mizuno Wave Run (12km) & the latest Penang Malakoff (17km) in Penang.


Given his demanding work schedule, Faizul who is married to a landscape architech, Farah Wahdani Dusuki stopped his gym subscription and even quit golfing to dedicate his available time and preserve his energy to be fitter, leaner and healthier at the COBC and with the COBC Community.


"I love everything about the COBC program especially its torture. Well.. the torture meaning, you only need to wake up and surrender yourself to the program and complete the 1 hour session without giving up", said the once voted the most inspiring recruit and received the Spirit of Bootcamp certificate for his platoon.


The man who lost his second child when his wife was 7 months pregnant and had a miscarriage a month before joining COBC said, "Throughout my journey in life, I have never met so many people from all walks of life with such a strong positive attitude and passion for health. Everyone are so inspiring and motivating that I started counting down for the next session shortly after completing one."


"COBC brought together under one roof people from various background. Frankly speaking, I have not been with such a big and inspiring group of people prior to joining COBC. Shamelessly saying, I am one of them now!! There is only one sentence to describe COBC.. COBC get the best out of you! ...awaken the giant within!!", continued the man with few words during every session. 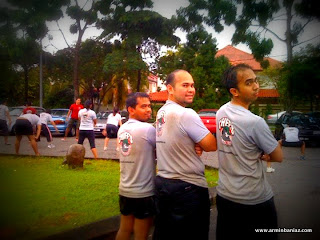 "I love everything about the program from the TABATA workout, monk crunches, ankle taps and GRUNTS the most (yaa just kill me). COBC never fail to amaze me even though I have been with the program for almost a year.

"At COBC, I see myself driving my target in life further. A goal that I could only dream before is now becoming a reality. My next short term target is to get my diving license," said Faizul. There are various passion within the COBC community. Beside the regular running group there is also the COBC Diving community as well as triathlete. With a good health and fitness, we could do everything and anything.

Faizul continued his short term resolution and said, "Next, I want to get back my ideal weight and I want to be able to workout in every session with a perfect form".

"...but my dream and ultimate goal is to get my wife to join the group and be part of the world oldest program. It is just too good not to be shared especially with the most important women in my life", ended the firm but friendly Delta. 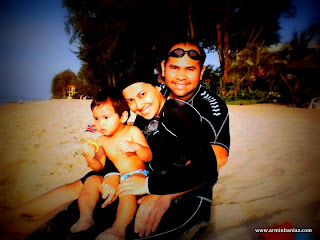