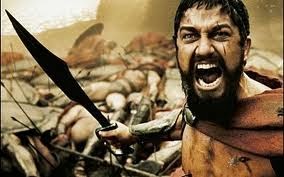 A war cry was issued on 11 November 2013 for the battle of all platoons at 6 locations and will be held in exactly 14 days on 18 January 2014. This war, is the Chief's Original Bootcamp's third annual event that was organized so that all recruits from all platoons can meet, get to know each other and be united as a big healthy and fit community. Most of us interacts and knew each other through facebook but had rarely met except during the quarterly Bootcamp parties.

The third battle, as per the previous two, was also organized to determine which platoon is the strongest in a friendly, enjoyable and slightly competitive manner. At COBC's war, "TIME" is always of the essence!! Even a second can be the determinant in crowning a champion.

The location for the battle field for the 3rd annual challenge is at Taman Metropolitan, Kepong!! Click on picture for map. 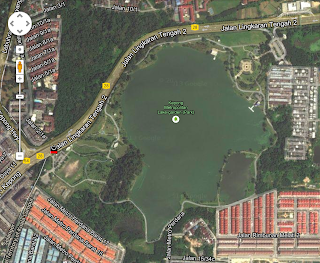 Note:
1. For direction using Waze, click this link. If you do not have a Waze, download it at here.
2. The battle will began at 6:30am sharp. For muslim recruits, there is a Surau for Subuh prayer.
.
The first battle was held in 2011 at the Damansara Heights Community Centre and the Champion was team Highlanders or the platoon from Damansara Heights. The second battle was at the University Malaya and team Spartans from Bandar Utama was crowned the Champion. This third war will be a tough battle as there are more fit recruits and the community are better united. This unity is one of the determinant factor to win the war.

This year is also Ampang's first battle as a platoon under team Barracudas. In 2012, Ampang platoon was merged together with Cyberjaya, Shah Alam and Penang as team United Nation Avengers.

The team that will be competing for this year are as follows:

What are the requirements to form a team?
1. A minimum of 40 recruits per platoon, there will be no maximum but some weightage will be given for battalions with the most number of participants. A team with less than 40 recruits will be at the disadvantage and may lose points.
2. Any past recruits (since establishment but must not currently be a recruit/instructors at any other bootcamp-centres) and all current recruit can participate.
3. Not the spouse or girlfriend/boyfriend of instructors or admins. They are not allowed to participate to avoid any leakages of confidential 'war' information.
4.  All team members must have and wear the COBC grey tee.
5. Pay a fee of RM20 per person.

# The team members must appoint a team leader/Captain. The duties of team Captain includes but not limited to:

1. Attend war briefing, receive instructions and disseminate instructions to all team members
2. To form a committee to assist him in performing his duty as the Captain.
3. Ensure that everyone is in COBC grey T and sport shoes and comply to ALL rules of engagement.
4. Marketing and ensuring that the team includes a minimum of 40 recruits per platoon.
5. Coordinate the war cry, team theme, cheer leaders and teamwork.
6.Disclose any injuries to the Instructors.
7. Declare confirmed number of participants by 11th January 2014.
8. Guide, Motivate and inspire each other especially each and everyone of your own team members.
9. Collect the fees RM20 per pax and forward them to COBC admin Farhanah or Admin Rose.
10. Make sure all your team members arrived on time at battlefield not later than 6:30am. Battle began punctual at 6:30am. Any late comers will be converted to a Cheerleader.

Stay Tuned and get up close and personal with Team Captains of each platoon!! The Rules of Engagement will also be announced soon.