WHAT HAPPEN TO OBC AT PADANG MERBUK & PADANG ASTAKA ?

Being a new license operator for the ORIGINAL BOOTCAMP @ Bandar Utama, I was shocked to receive the Official Statement email addressed to all current & past recruits and instructors.

The summary of the OFFICIAL STATEMENT is as follows;

1. The Agreement between ORIGINAL BOOTCAMP INTERNATIONAL and MR SELVA KUMAR has been terminated and expelled by the network due Selva Kumar's action in:

a) False representation of himself as the Master Franchisee for both Malaysia, and in some cases Asia. (My thought, Selva must have paid alot of money to secure the right as a master franchisee? or was there anything paid?.. chief said None were paid by Selva other than a 'discounted' fee for the KL & PJ locations)

b) Threatening other licensees with legal action in an attempt to claim the location for himself. (I did not receive any threat or any legal notice neither from Selva nor from his associates, maybe an action against other licensee)

2.. Selva Kumar's former partner Senior Sarge Rob Coad had also condemn Selva's action in the deception and/or the attack on his fellow Network Members and had since, severed all ties with Selva Kumar. (not actually relevant to me but maybe to other licensee in the network)

3. However, it was clearly stated that none of the current Kuala Lumpur and Petaling Jaya instructors were involved in the indiscretion. (Thank god, as I think all OBC instructors are great!! and should not be dragged into this tsunami-conflict)

Upon the Official Statement been issued, I received endless sms'es, emails and phone call which I then contacted Chief Brabon at Chief@bootcamp.com.au to seek further clarification... I also seek Chief's consent to published our conversation here as a form of clarification.

Selva Kumar was the authorised licensee, franchisee (whatever name that is being called) for the ORIGINAL BOOTCAMP program at PADANG MERBUK for the KL Alpha, KL Bravo, KL Charlie, KL PM session, PADANG ASTAKA for the PJ Alpha, PJ Bravo and PJ PM session and PADANG METROPOLITAN PARK at KEPONG.

With the OFFICIAL STATEMENT, there will be NO ORIGINAL BOOTCAMP program offered at Padang Merbuk and Padang Astaka. The ORIGINAL BOOTCAMP program was designed, developed by Chief Brabon and is made available and accessible via an online mentoring program to all licensees/franchisee (or whatever it is being called). The mentoring program has been blocked to Selva and associate.

As part of ORIGINAL BOOTCAMP @ BANDAR UTAMA's commitment towards the network, we are offering JUNE session for free to ALL THOSE RECRUITS that wants to continue with the 20 years old program but had unfortunately paid for KL and/or PJ. You can call OBC-BU ADMIN at 017-379 5988. ORIGINAL BOOTCAMP @ BANDAR UTAMA location map & session time is available at OBC-BU MAP. We believe it is a noble thing to do although it is a lost in our profit.

According to the OFFICIAL STATEMENT too, there is an open invitation to all KL and PJ instructors to stay with the ORIGINAL BOOTCAMP network. My recommendation... rather than be jobless, it is good for all instructors to contact Chief Brabon to either seek clarification, discussed their career opportunity and/or apply and open up a franchise yourself too.

Personally, I regret this turn of event but will not let it effect our kick @ss session at BANDAR UTAMA. See you tomorrow at the last TRIAL session  For those that have not registered for JUNE session, PLEASE CALL/SMS OBC-BU ADMIN @ 017-379 5988 for a quick registration.

My passion is in the 20 years old programme... 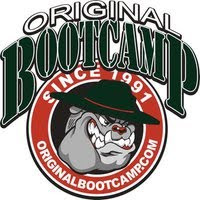 Mr. Kumar has been expelled from the ORIGINAL BOOTCAMP™ Network for falsely representing himself as the Master Franchisee for both Malaysia, and in some cases Asia, to Instructors, Recruits, prospective Licensees and even the media.

In addition to this, he has abandoned his commitment to the ORIGINAL BOOTCAMP™ Network by threatening other Malaysian Licensees with legal action in an attempt to claim their locations for himself.

Mr. Kumar’s actions have been condemned by his now former business partner, Senior Sergeant Rob Coad, along with all Franchisees across our International network. Senior Sergeant Coad was in no way involved in either the deception, nor the attack on his fellow Network Members, and has since severed all ties with Mr. Kumar. He has also pledged his ongoing allegiance to the ORIGINAL BOOTCAMP™ INTERNATIONAL Network, including our authorised OBC providers in Bandar Utama, Subang Jaya & Bukit Jelutong.

This is the first time in ORIGINAL BOOTCAMP’s history that a provider has been expelled under such circumstances.

I must make it clear that none of the current Kuala Lumpur or Petaling Jaya Instructors were involved in these indiscretions, though they have all since received legal notification of the circumstances of Mr. Kumar’s expulsion.

All current Kuala Lumpur & Petaling Jaya Instructors have been presented with an open invitation to stay on with the Network, but ultimately the choice is theirs to make. We can only hope that these dedicated and professional individuals choose to distance themselves from Mr. Kumar’s reprehensible actions, whether it be through an ongoing commitment to the ORIGINAL BOOTCAMP™ Network (as either Instructors or Licensed Providers), or in following their own paths in other areas of the fitness industry.

It is also my responsibility to inform you that despite displaying a complete lack of respect for our Network, its Members, and our brand as a whole, Mr. Kumar plans to continue utilising ORIGINAL BOOTCAMP’s world renowned programming, systems, images, and even name, in an attempt to continue profiting from the hard work, innovation and dedication of the Founders, Master Trainers, Licensees and Instructors of ORIGINAL BOOTCAMP™ INTERNATIONAL.

We have already engaged lawyers to ensure our rights and brand are strongly defended and to ensure that Mr. Kumar’s actions, and those of his supporters, cease as soon as possible.

This attempt to misrepresent himself and his business as still being associated with our brand further highlights Mr. Kumar’s unscrupulous nature and desperation. It is obvious that he questions his own ability, and that of his remaining staff, to continue on successfully without relying on ORIGINAL BOOTCAMP™ INTERNATIONAL’s name, reputation and program concepts.

The ORIGINAL BOOTCAMP™ program was pioneered by myself close to 20 years ago, and has been my primary focus ever since. Over the past 5 years my wife Emily and I have had the pleasure of welcoming over 50 Licensees, and more than 200 Instructors to the OBC Family. Through their unquestionable professionalism, and enduring commitment to our brand, we have had the pleasure of sharing the ORIGINAL BOOTCAMP™ experience with over 25,000 Recruits from right around the world.

We hope that your own experience with ORIGINAL BOOTCAMP™ has been a positive and empowering one, thanks to the exceptional manner in which your instructors have implemented our proven training systems and motivational techniques.

ORIGINAL BOOTCAMP™ INTERNATIONAL is already in discussions with prospective Licensees for both the Kuala Lumpur and Petaling Jaya regions who are committed to upholding our brand’s dedication to ethical and professional business practices.

Again, it is with great disappointment that I must issue this statement, but we feel that all members of the ORIGINAL BOOTCAMP™ family deserve full disclosure in regards to this unfortunate turn of events.

Please do not hesitate to contact me directly if you have any questions or comments.