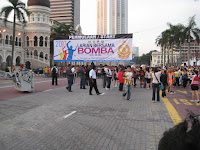 2 MAY 2010. We had a good carbo loading at Wau Penyu, Solaris before leaving to Ampang for Aaraf's Taekwando class. Ili Liyana Baharon had the most load.. She had Nasi Lemak for breakfast, Curry Fish head for lunch, a feast at Ara Damansara and dinner at Wau Penyu. Equally loaded was Nawal Aini Zulkifli whom first had her breakfast at 6:30am, steak at Colliseum etc etc and ended up with Nasi Kerabu at Wau Penyu. 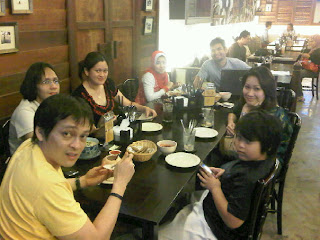 After a good reason to eat (carbo load for the Bomba run), we went to bed the soonest as we reached home from Aaraf's Taekwando. We woke up at 6am and left home at 7am to Dataran Merdeka with two car convoy with Faizal Ariff Abdullah, Nyna Mohsen, Ili Liyana Baharon, Rose Emini Pahamin and Nawal Aini Zulkifli. 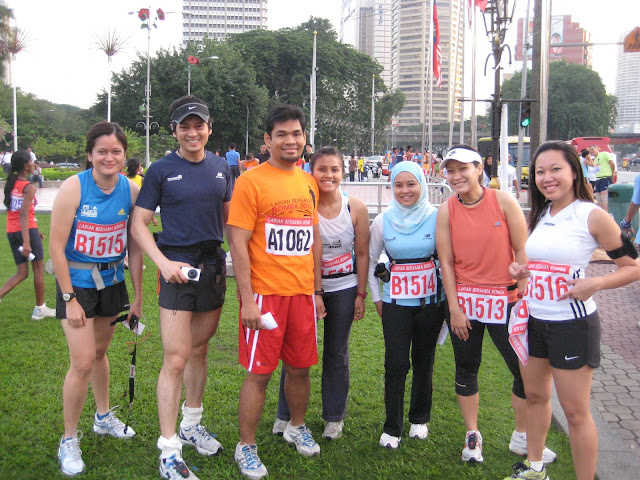 We reached Dataran Merdeka at 7:10am all hype up to run.... Dataran was packed with fire brigade and firemen. An impressive view indeed. 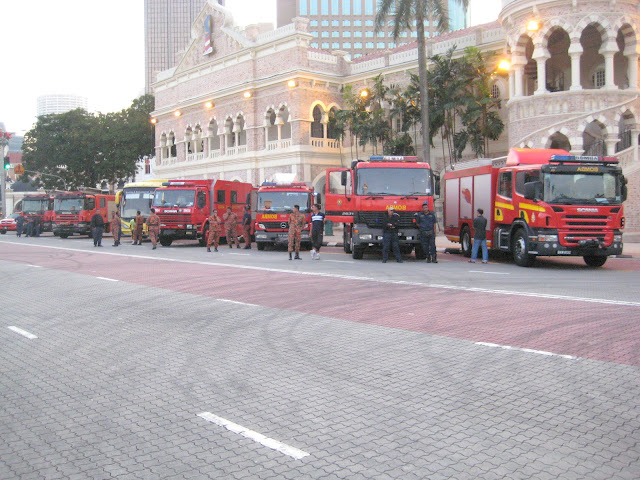 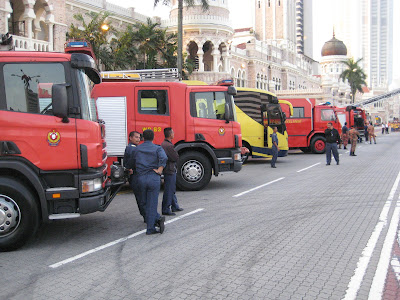 Everybody was ready to run.... The marshalls were ushering us to the starting point. 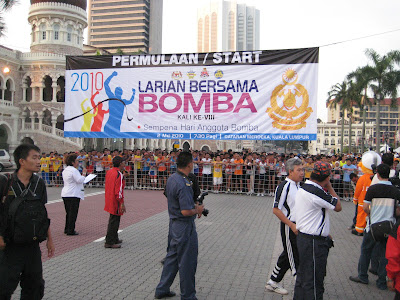 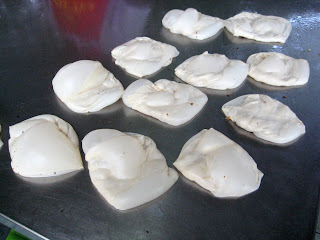 As we parked the car at Dataran Merdeka, walked to the starting point, took some pictures.... someOne suggested that we should eat at Raju @ PJ and everyone supported the idea. We salivated at the thought of Roti Canai and unanimously agree to have it NOW instead of 'after-the run'. 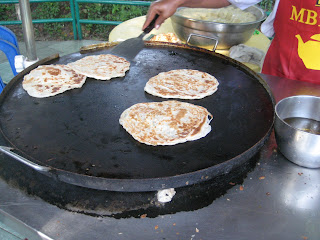 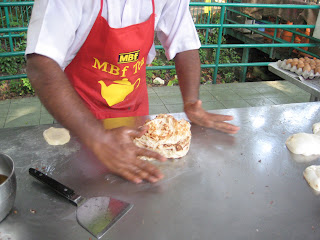 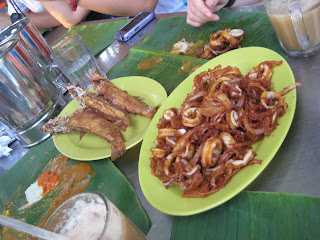 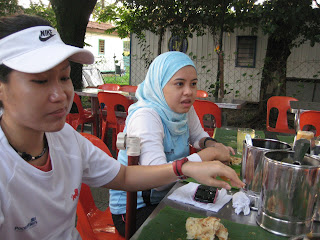 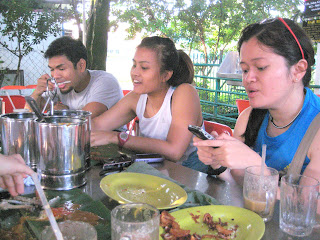 We were totally knackered from god knows what.... maybe due to the lack of sleep/rest or carbo-loading overdosed but Nawal Aini Zulkifli, Rose Emini Pahamin, Ili Liyana Baharon, Faizal Arif Abdullah, Nyna Mohsen and me... all of us FFK'ed the Bomba run!!! Even Faizal FFK'ed kikikiiii!!! We had never done this!!

Maybe the Raju-carbo-loading was the first step in training (or maybe carbo-load) for the New Balance 15km race on 16 May 2010... 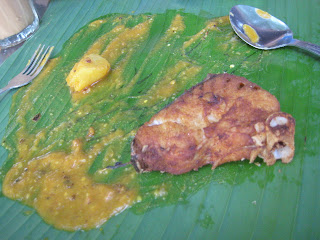 It was the Yummylicious'est race ever!!!