Posted by ARMIN BANIAZ PAHAMIN on April 14, 2011
I befriended anxiety/'Butterflies' even before I was in my teen. During my pre-teens when I was schooling at Sekolah Rendah Kebangsaan Kampung Tunku/ Kampung Tunku Primary School, I had a crush on a classmate... or was it an infatuation but I had a storm of 'Butterflies' in the stomach everytime a girl approach me and I wanted so much to talk to this one girl but I just couldnt. I attended co-ed school only during my standard 6 at SRK Kampung Tunku.. all other years until college was in an all boy school.. DAD!!!!!

Although I mastered that art of courting girls in Secondary School but that 'butterflies' resides in me in my other 'interests'. During an undergraduate studies in United Kingdom, that butterflies was at its worst state when I had to give an opening speech during the University Student Union election in 1992 (I was 18 years old), fortunately it well well. That butterflies too never fail to recur during every examination. Similar butterflies kept occuring everytime I had to sing at functions. Somehow, I was always picked at function with karoeke. People like to pick on me and I would never say no but everytime I was picked to sing, the last laugh was at them.. it rain heavily!! When I ran my first 10km race at the PJ Half Marathon some 9 years ago, I could not sleep the whole night... thanks to these 'butterflies'.

Thankfully, I outgrow all of those predicaments but these butterflies can grow into some sort of 'phobia' if it is not attended to. A close friend of mine who is now 53 years old are facing similar agony and had developed a phobia in public speaking. Alot of other friends sabotage themselves and shy away from attempting many activities because of the same 'butterflies'. Some refuse to sing at karoeke or using a microphone for fear of people listening and laughing at her voice but would sing her heart out without any microphone and in close-door. 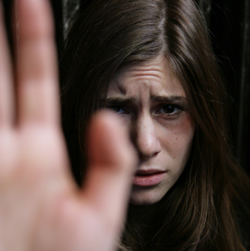 Some recruits at the CHIEF ORIGINAL BOOTCAMP whom had gained so much in fitness, stamina and strength ended up sabotaging themselves from giving their best performance during any races or running event due to anxiety...

This butterflies or anxieties can occur at whatever age from pre-teen, teens, mid life and/or during golden age but whatever the anxieties, fear and phobia that anyone has (at whatever age) , it can be completely eliminated and avoided with the right healing technique and that technique is called the EFT - abbreviation for Emotional Freedom Technique. This healing technique discovered by Gary Craig some 20yrs ago. 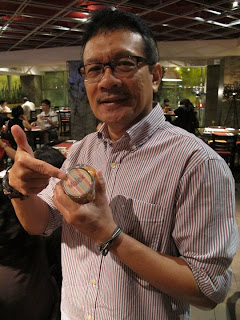 How I wish, I had this technique way back during pre-teen!!! But it is never too late, especially for COBC recruits running the ENERGIZER NIGHT RACE this weekend. My partner at the CHIEF ORIGINAL BOOTCAMP, Dr Malek Aziz who is a long-time practitioner of the EFT is giving out FREE consultation to help any recruits from the CHIEF ORIGINAL BOOTCAMP to rid their anxiety for the upcoming race.
Since Dr Malek Aziz recovered from cancer, he had spend most of his free time in learning alternative & Complementary Healing Methods, Quantum Physics, Zhingnen Qigong, Reiki, Healing by Visualisation and as well as EFT. Dr Malek Aziz believes in holistic healing ie to be healed from diseases, one has to heal their body, mind and soul.
There are subtle energies that flow thru our bodies along  definite pathways called Meridians. Chinese physicians have discovered this 5,000 yrs ago! These subtle energies are the centerpiece of EFT & Acupunture.(So, EFT can be regarded as "Emotional Acupunture). Both disciplines have grown rapidly and as time unfolds,they are destined to play important role in emotional & physical healing.
Basic premise of EFT is that THE CAUSE OF ALL NEGATIVE EMOTIONS IS A DISRUPTION IN THE BODY'S ENERGY SYSTEM.When our energy is flowing normally,without obstruction,we feel good in every way.When its blocked or stagnant or disrupted along its meridians,negative or damaging emotions along with physical symptoms develop.
EFT can be used for CHRONIC PAIN, MIGRAINE, ADDICTION, PHOBIAS (eg fear of snakes,public speaking), SPORTS PERFORMANCE, ANXIETIES just to name a few.
In sports, EFT will address 2 factors. Firstly, EFT moves your  'comfort zone' to better levels and secondly, EFT addresses specific impediments to performance that need improvements.
EFT basics extremely easy to use. Everybody should 'have' this in their first aid kit box!!
A few minutes of EFT will improve your physical health..
For any recruits from the CHIEF ORIGINAL BOOTCAMP, please contact ADMINISTRATOR AT 017379 5988 or 012-314 5665 for a SESSION on EFT with and complimentary from Dr Malek Aziz.
... or call Dr Malek Aziz personally at 019351 5665 for a personal advice.