When I first joined the Original Bootcamp in October 2009, I was confused. While happily doing to the pushup during one of the circuit train, Sarge Sim commanded STEADY!!!! ... huh, proudly I thought he was complimenting how steady my forms were. I pushed myself and wanted to show a better form. Then I heard a command IN-POSITION.. 3, 2, 1..... I was still doing the push-up... and my muscle was already screaming!!!

Whenever you hear the word STEADY!!! it means STOP !!

and everytime the word IN-POSITION was called.. it means... GET READY!!!

Unbeknown that I was supposed to stop on the scream STEADY, I continued with the pushups without any break and stopped when my muscles were too exerted before any STEADY screamed. As a result, the platoon was punished with 10 Grunts. It is imperative for every recruits to understand a command or references on jargons. 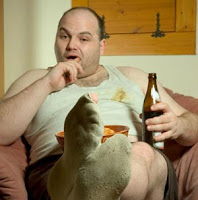 The Original Bootcamp is a military-inspired program... Many mistaken the Military program by thinking its the tough deadly military training!! and many were intimidated by the word 'military'!! Yes.. some of the circuit was designed from the military training but it was modified for Couch Potatoes, athletes as well as white-collar professionals to achieve their desired result. The level of strenuous workout varies between the type of people... Me..? I love pain!! to some, the ranger workout is a kick @ss fat burning program that is too mild for me.

There are various military terms and jargons that is being used at the Original Bootcamp and it is worth understanding them.

RECRUITS are every paid members of the Bootcamp that subscribed to the program.

A SECTION refers to the Rangers, Seals and Delta.

RANGERS are newbies or recruits that was placed in Rangers to familiarize them with various workouts forms and techniques. Usual targets are those seeking for fat-loss and stamina building.

SEALS are those that understood the form and is being trained for better forms & technique as well as speed. Usual targets are muscle toning and fat lost.

DELTAS are those athletic base with a good workout form & technique, and for those that desire to improve athletic performance, physical and muscle toning as well as stamina and speed.

PLATOONS are the combination of all the sections, namely Ranger, Seal and Delta at a particular time-slot. such as KL Alpha Platoon, KL Bravo Platoon, KL Charlie Platoon, PJ Alpha platoon and PJ Bravo platoon.

COMPANY refers to the location.. in our case, KL Alpha, KL Bravo and KL Charlie is KL Company.

BATTALION refers to the region such as the combination of KL Company, PJ Company, BU Company and SJ Company make up the Klang Valley Battalion.

BRIGADE refers to the country... Malaysia Brigade and Australia Brigade.

The next foreign word that I always hear was the outloud-cry HOOOOYAAAH!!! What does Hooyaah means? Many make fun of it by saying its a dyslexic spelling of YAAHOOO meaning happy or simply a word created without any meaning attached.

HOOYAAH actually means..... heard, understood and acknowledge!! It is from the Navy Seal. The Marines screamed  HOO AAAH, the ARMY cry out HOORAAH and the military cried BOOYAAH.. all carry the same meaning.

FILE - is when all recruit stood in one-line behind each other akin of a Queue.

RANK - is when recruits stood side by side, shoulder to shoulder from one another.

TABATA a circuit with an 8-sets of 20seconds work : 10 Seconds Rest Ratio.

The rank SARGE is usually but not necessarily the Commander of a platoon. It is also common for a platoon to have two Sarge, eg Sarge Sim and Sarge Faizal at KL Alpha.

CORPORAL is usually the 'Section Commander' eg. Instructor for Delta or rangers or seal.

LANS CORPORAL usually assist the Corporal and Sarge in instructing the recruits.

When we train with Sandbags, it is important to understand the command of holding the sandbag.

BEAR-HUG means holding the bad tight against the chest in an upright position with arm wrapped around the bag. This worked out the Lower bag and Biceps.

SINGLE SHOULDER carry the bag over one shoulder, holding it with the same side arm to work out the Obliques, Trunk Stabilisers and Trunk Extensors.

DOUBLE SHOULDER means carrying the bag across the back of the shoulder akin of performing a barbell squat.

ZERCHER means holding the bad infront of us, with the bag resting on top of our arm to focus on the entire Core.

SUITCASE is holding the bag akin of carrying a suitcase, letting the Sandbag down beside the hip. This worked out the Forearms and Trunk Extensors.

TIME-ADDED means somebody had breach an instruction and more time was added without any break.

There are other commands and jargons that we should know, but I could not think of others. I will update other jargons accordingly (as & when I remember)... We have to listen carefully for every command otherwise, we will be unnecessarily punished. Next blog will detail out the rules, Do's and Dont during any training. 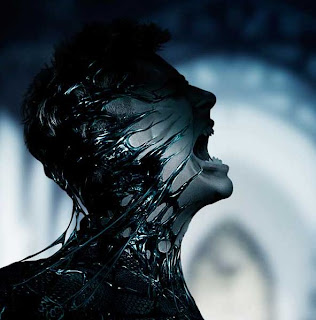