SANDRA OLIVIA ROBERTS or popularly known as SANDY ROBERTS was certified and accredited a Corporal at the ORIGINAL BOOTCAMP in May 2010 by both the Global Master trainers Chief Brabon and Gunny Emily (For further details, see: Bootcamp Ranking). All instructor at the ORIGINAL BOOTCAMP must be certified, accredited and re-assessed (for qualification) periodically by the Global Master Trainer to ensure a standard benchmark of all instructors globally. 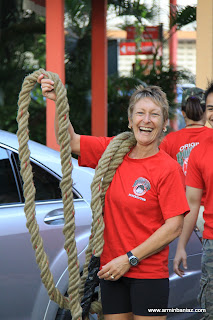 Sandy Roberts left for Michigan, USA in 2006 and became a Gym Personal Trainer until 2008. In Michigan, she studied and obtained the American Council for Exercise certified personal trainer certification and was responsible for the Group training at the Gym similar to the ORIGINAL BOOTCAMP. 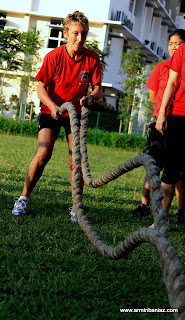 Having had a consistent training at the ORIGINAL BOOTCAMP MALAYSIA, Sandy Roberts won 5th placing under the Women Veteran category at the age 52 years old, having completed the recent Standard Chartered Kuala Lumpur International Marathon in 1 hour 53 minutes. She also won 3rd place and broke her personal best timing record when she completed the 5km 'Race for Life' in North Wales in 22 minutes (June 2010).

Sandy Robert although 52 years old, is one of the fittest instructor at the ORIGINAL BOOTCAMP MALAYSIA. Having only started running at the age 41 years old, Sandy Roberts portrayed a good example that it is never too late to start running.. especially in younger generation.

Sandy Roberts passion and enthusiasm was further motivated by the strong recruits spirit of camaraderie at the ORIGINAL BOOTCAMP MALAYSIA at Bandar Utama. 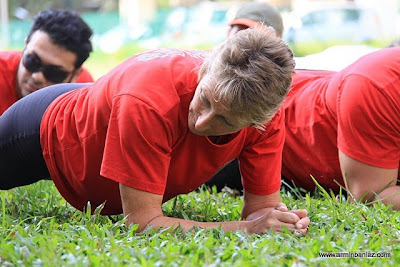