2 July 2010. TGI Friday... Thank God Its Friday... actually its more like OGI Friday.... Oh God Its Friday... Its already Friday and the beginning of the third quarter of the year. The half year is gone and the New Year Resolution is still far-fetched... but that is a story for another occasion.

What is more relevant, was the exercising via the bootcamp that is still consistently an ACE (Attendance, Commitment and Effort) for the past half year!! though the target running races for this year is still lacking... but that too is a story for another occasion.

While they were doing the Benchmark Assessment, we had an overall total body workout with a greater emphasis on the chest, abs, legs, core muscle and cardio. I was partnered with John Chuah whom had improved his 1 mile run timing by 2:07 minutes. Though John may not agree but I think we have to extend the compliment to his 'Phiten' and the new Brook shoe for the damn good improvement in timing. Partnering up with John Chuah was very motivating. Whenever I stopped for a breather, he would called out my name Arrrmiiiin.. Armin... then when I continue, he stood still.

I love the Jack Knife abs workout and have been doing the jacknife for almost a year.... the wrong way!! Sarge Dann came and corrected my form.. that jerked-up to touch the shoe lace and paused at the top made a lot of different!! the tummy immediately screamed (the tummy.. not me)!!!

On that last sets, when we were already totally knackered, he commanded us to do a jumping squat.. Jumping Squat when we were already on 'reserve-tank' was indescribable. There's no way we can avoid any instruction from the small and young but very strict instructor that kept appearing out of nowhere, whenever a form was compromised but after completing only the first out of the Eight set... we heard him command STEADY!! When I first heard the steady command, I look at Sarge Dann thinking what has happened, being confused and lost in the adrenaline-high.. i was thinking.... PUNISHMENT??  I did not stall or cheat??? then, Sarge Dann said, huddle-in for a warm -up. Ceh.. that last jumping squat was only a teaser... but we did not mind. Sarge Dann is full of surprises.

At the end of the sessoin, we were covered in Mud... It has been awhile since we had a good mud-bath and today was one of the best muddy-full session. Most of the words used in this blog are self-created so don't bother looking for its meaning in dictionary.

As we completed our damn good workout, the 'alienated' team completed their Benchmark Assessment. Having announced the best improved timing for the circuit and 1-mile run yesterday at HERE that was based on Monday's benchmark, some recruits today, improved far better. The best IMPROVED-TIME for BOTH the first Circuit & 1 mile run was JOHN ONG with a time-improvement of 4:43 minutes for the circuit and 6:12 minutes improvement in timing for the 1 mile run. That is a damn good improvement, Well Done John Ong. 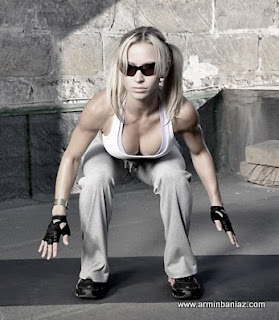 Double thumbs up as well to RAZLAN NIZARUDIN whom improved his 1 mile run-time by 5:17 minutes from a DNF-time during his last assessment.


They both deserve at least a good pat at the back... so when you see them on Monday, do not forget to pat them at the back and congratulate them.


I am convince the fat-monsoon will be over soon at the rate we are training.. Are you ready?


HOOOOOYAAAAH!!!
Have a Good Weekend


Other Bootcamp write-up:
THE NEW CHAPTER: