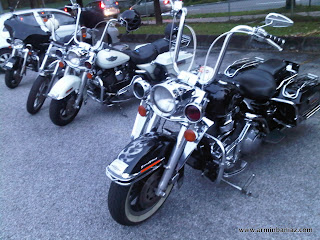 
Then the platoon was prescribed with a 'fashionable-squat-pulses'.

Before the session began, the ladies were waiting for the 'macho' bikers.... there was a rumour that the HARLEY DAVIDSON bikers were coming to ORIGINAL BOOTCAMP @ Bandar Utama. When there were no sign of them and they saw RJ Rahman... they make do with RJ Rahman. 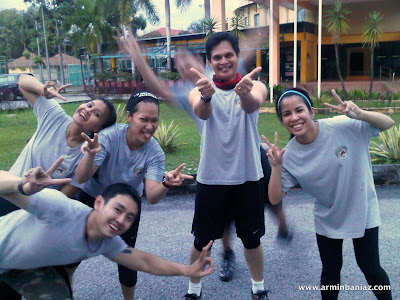 RJ Rahman has been off-training for the past 4 months. He came in his usual friendly, cheerful mood and his trade mark red bandanna tied on his neck. RJ Rahman screamed as he saw me... "i am BACK!!!" but quickly say he hope the session wont end with a similar tune of "oh my BACK!!!" 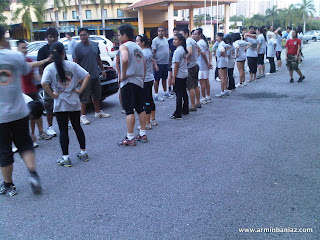 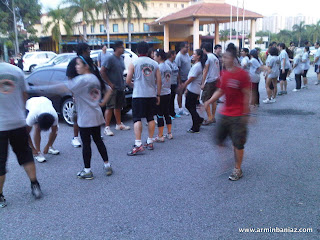 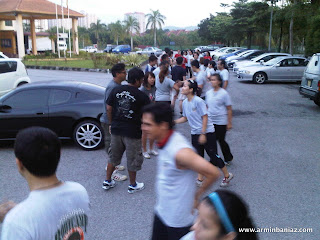 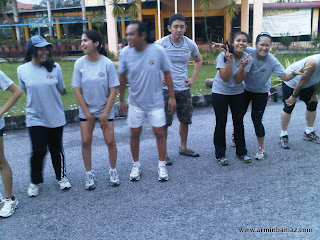 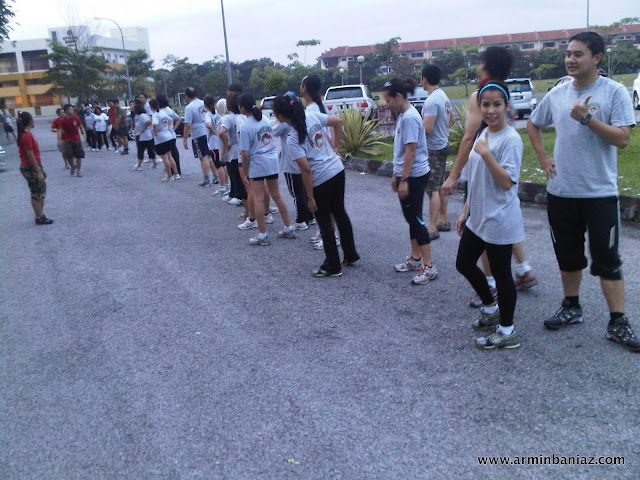 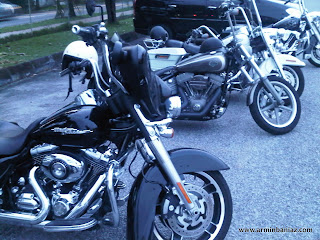 As the session began, more Harley Davidson Bikers arrived... Maybe the Harley is good only for display but speed?

Thanks Raja Affandi & Liza for the Harley Davidson group. 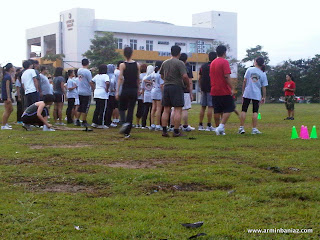 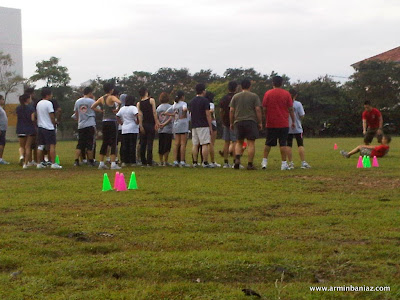 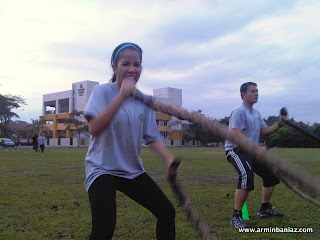 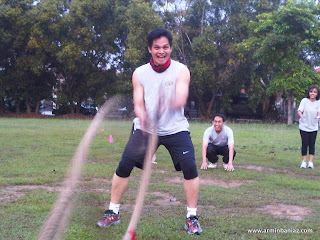 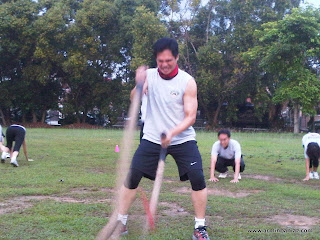 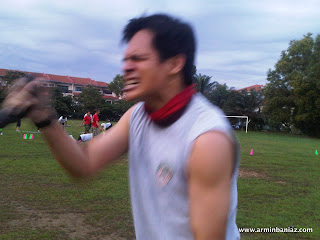 After 4 months, RJ Rahman struggles to perform the Battling Ropes (but off the record, he was actually acting for the camera). 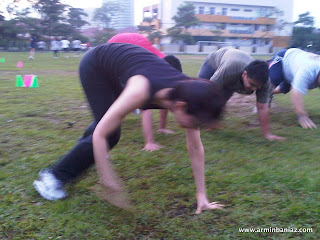 Some of the bikers performing the Bear Crawl.. 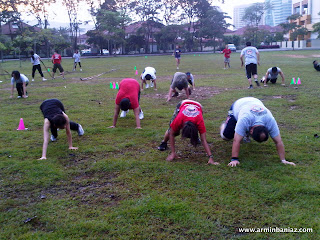 Corporal Erny performing the Bear Crawl with Azman to motivate him 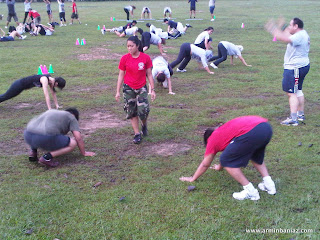 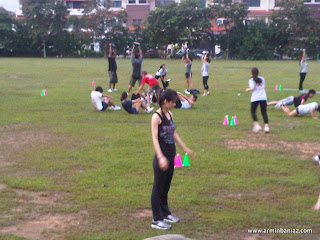 Far behind, a team performing the 'Wood Chop' with Sandbag. The wood chop is an important workout to work the Obliques hence, better trim waistline...
Sarge Dann (the red tshirt) checking the form of recruits at another team.
And this lady friend standing up... maybe new to bootcamp stood being 'lost'?
As the Alpha session ended, I saw John Chuah standing alone by himself puzzled.... I approached him thinking he was injured... and ask, "Are you okay bro?".. John Chuah looking very blur replied in a whisper... "bloody hell, how can I only burn 3 calories.. " and pointed at his brand new Polar watch. Needless to say, I just laughed.. and could not stop laughing..... it is impossible to burn 3 calories John Chuah, I said. But John still looking very puzzled, just kept quiet. Sorry to laugh at you John.. but you always crack us up with your spontaneous remark. Maybe you should at least open the manual book. 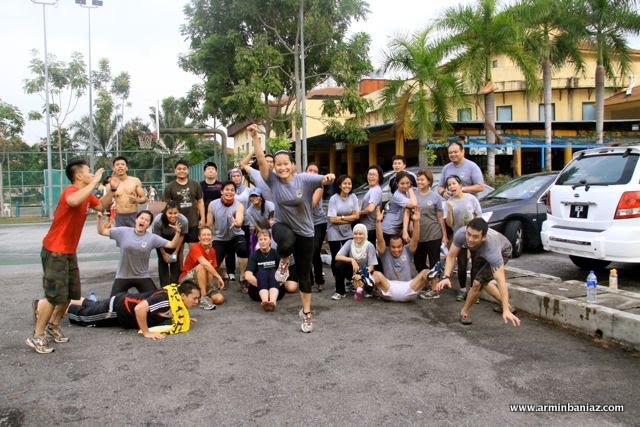 The session ended with a loudest scream of HOOYAH!!!

Next week is the start of ORIGINAL BOOTCAMP @ Bandar Utama ZULU TRIAL SESSION that began at 6:15PM to 7:15PM on Monday, Wednesday and Friday. For more information see www.bootcampmalaysia.com