I messed up my Blog Layout!!!! ...an 'itchy hand' turned ugly when I downloaded an "adapted from Wordpress" layout and within a touch of a button, all the 12 widgets from my previous layout were automatically deleted!!!! All gone and the titles in the new layout displayed an alien language! and here I am wide-awake, irritated, annoyed and pissed at 1:15am......... on the eve of Bootcamp session 4!!!!

Equipped with only 3 hours of sleep, we arrived at Padang Merbuk at 5:30am..... and as usual, I screamed for Shobha's name in anticipation of her missing the Bootcamp session today... maybe to take care of her sick daughter or maybe due to an extended hang-over from the Danish 'blue drink' she had.......... but this Aunty is very stubborn and replied loudly SHOBA IS HERE to my disappointment. Her husband was right in labelling this Aunty, a Madam Osama bin... Vinod! Really extremely stubborn.... which is good for our KL Alpha Tag line 100% ACE!!! ...but maybe bad for me....

My sister Rose Emini & cousin Nyna Mohsein arrived home from Singapore at 2:30am after completing the Standard Chartered Singapore International Marathon at noon the same day!!! .....and I could not agree more with Doc Malek Aziz's statement, "while many dream and talk of doing it (the Marathon), you both went along and DID IT!!!".. Faizal Ariff left them a message; "both of you (rose & nyna) got a standing salute from me *smiley face*" ... which drop Shobha off her chair understanding the underlying second meaning?? I only have 2 thumbs but Chun gave them 4 thumbs up!! but chun is always abit Sot Sot Jor. 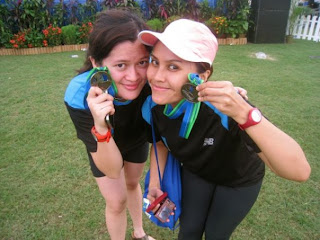 Our session began with a routine warm up session but this time we had an extended "Side by Side" runs.... and also 3 sets of Squat pulses for AWOLS... I wonder who the AWOLS were...

After the warming up session, we adjourned to the rugby field and this was when the torture began with a tagline for the day as "Burning Hot Legs and Explosive Heart"..... There were 4 sets of sprinting as follows:

There were 15 yellow cones that was aligned 3 metres apart and one red cone at 50 metres distance away from the last yellow cone. The training commenced with 15 'frog jump' forward from one yellow cone to the other and a 100 metre sprinting from the last yellow cone to the red cone and U-turn back to start point. I felt like a Toad doing the frog jump; my body felt so heavy. I preserve my energy by jogging slowly instead of sprinting until the Taliban waited and sprinted with me forcing me to sprint madly..... I never knew I can run that fast until today and just cannot understand how a Frog can live all their life jumping... and still fat!! 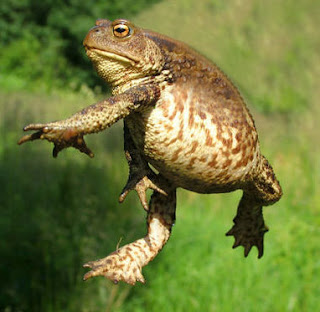 Then the frog jump was replaced with side by side step jump (again) from one yellow cone to the other and similar sprinting distance.... I was breathless and could not speak but gave all that I had for a perfect form. 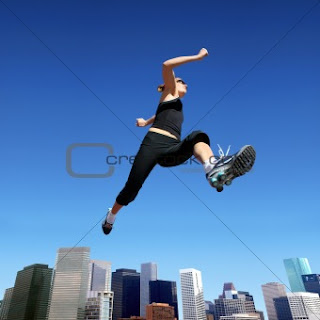 On a rating of 5 star (with 5 Star being the best and 1 the worst) I rated this circuit as 5 star... I gave 110% effort and had to kneel down from shortness in breathing after completing every cycle... at one point, I nauseated and almost vomited but no pain no gain as they say.

We were then given a one minute water break.. and gathered for Part 2 of the training... ...

Part 2 requires a partner. We faced each other with one leg forward, both palm rested on both the partner's palm and elbows bended. The palm moved in a circular motion ala fondling the partner's breast. "You must be used to this movement", whispered Faizal whom was standing beside me and Nawal. "Not really, usually it was done without any cloth on", I teased and thought to myself in exhaustion, still breathless and not being able to speak.

It felt easy at first until the triceps, chest, shoulder and back muscle all started to burn... and it continued to burn excruciatingly. The Taliban called the motion as the Miyagi Karate kid movement but I think it was a training preparation for some kama sutra technique. 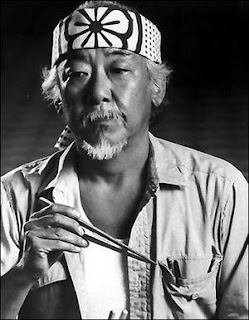 The 60 minutes exercise ended with a TOTAL of 2 MINUTES BREAK in between and 5 minutes warm down. The Bootcamp thus far, had never disappoint us with a hardcore, burning and full of screaming (in pain) exercise.


The KL Alpha then gathered at my car where Rose & Nyna was ready with a surprise BIRTHDAY CAKE for Farhanah, Doc Malek Aziz's partner in crime but was surprised instead when Farhanah too brought out a cake and a present for Rose & Nyna for completing the Singapore 42km marathon. It was a double surprise!!!! 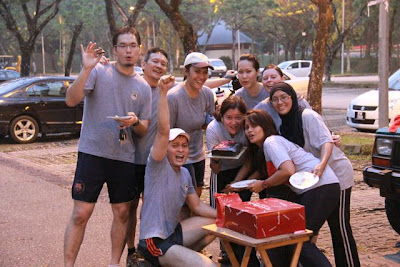 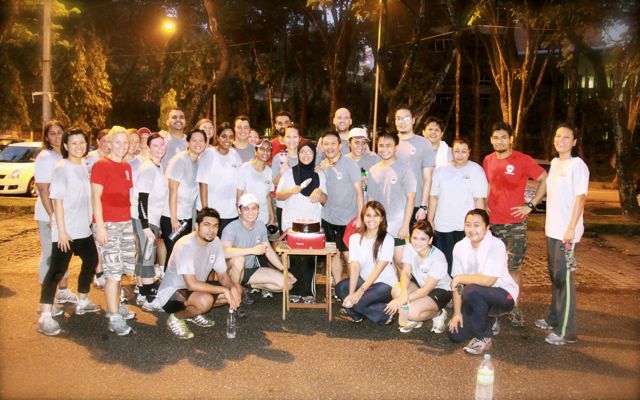 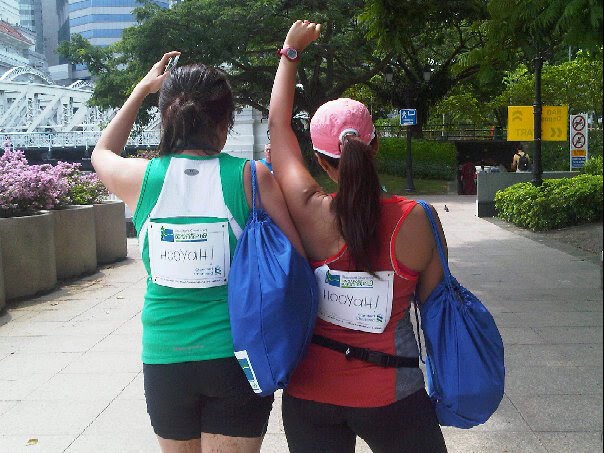 See the wording on their back that reads

P/s- after 1 hours of intensive learning to read and understand the HTML coding, I manage to change the title back to English!!! but now still trying to figure out how to change the blue-eye monster picture above!!!