60 GRUNTS AGAIN........... Its the second time this month when KL Alpha was given 60 Grunts punishments... which of course, we did not mind. 40 grunts for AWOL, 10 Grunts for Syed Mahadzir Syed Manshor for not wearing Hard-Rock Cafe Tshirt instead of the OBC T' shirt and another 10 grunts for F@#k'ing... I mean cursing. On completing the 50th Grunt, i was so excited that I screamed the universal word F@#K.. which means..I DID IT!!! but Sarge understood my scream literally as F@#K. That was how we got our last 10 extra grunts. Tomi Soetjipto did not curse nor did any swearing of bad words today... He infected it on me instead.

The boy-hair-cut-look, super thin Stephanie Chok, trained with us today..foregoing her Red trainer T'shirt for a session with us... and she was super duper fast overtaking our super duper Delta Kenny Smith and Chun SSJ. Me......... I was being ambitious and screamed STEPHANIIIIIIIIIIE... as I sprinted all the way to catch up with her but.... maybe I need to cut my  hair shorter than her to speed as fast as her!!

Now that is what we call "trainer by-example"!!! .. the second trainer after Sergeant Simran that I had witness a 'performance' beyond expectation...

Today session was all about Run-Circuit-Relay..... the platoon was divided into a group of two.. G1 and G2. On the first set, G2 began with the 100 meter sprint and while G2 ran, G1 performed the Cross-Country stationary run. This was only the beginning of today's Hell-hour.

After 6 minutes of a few 100 meter laps and the cross country, the relay was stopped for the Second set, a change in the exercise. The 100 meter run was replaced with Tap-the-knee while running and the second group performed the 8-Point Body Builder. The Tap-the-Knee-Run was done with both hand fix at waist height and each knee must tap the hand while running... after a few laps, someOne decided to touch the knee instead of raising the knee higher to tap the fix-hand-height. Oops.. time added!!!

The 8-point Body builders starting point is at standing position (point 1). Point 2, form a push-up start-position. Point 3: Down as low as possible for push-up; Point 4: push the body up back to push-up start position, Point 5: Spread open the leg with back and arm straight. Point 6: Close the leg into the push-up start-position again. Point 7, bring the leg in with knee nearest to the chest and both arm on the ground. Point 8: stand up. When G2 completed the run, we tapped the shoulder of the G1 as a relay and G1 will now start running and G2 performed the 8-point body builder. This was repeated for another 6 minutes.

The Third set was also for a fix 6-minutes and we are back on normal sprint run, the relay exercise was the military sit-up. My Favourite!!!! Waiting passionately for the arrival of the now-hidden-under-a-layer-of-fat-6-pack abs!! 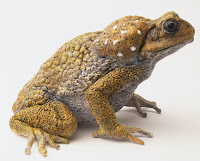 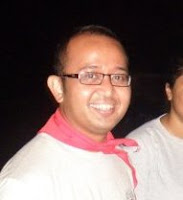 The Fourth set was for another 6 minutes relay run and the other group did the One-Hand Frog. The start-position for One-Hand Frog was similar to push-up but with one hand on the ground and the other hand at the waist. We must then jump bringing both leg forward into a squatting position with One-hand still on the ground whilst the other still at the waist. This was a killer exercise!!! but I could not cheat because Sergeant Simran performed the exercise with me.. and his form was PERFECT!!! I think Tomi Soetjipto tried to cheat too... Sergeant Simran went and did the exercise with him until Tomi Soetjipto was 'noise-less'. This Sergeant then went to another recruit (and another and another) and did the all the exercises with them!!! Sarge Simran, simply cannot stood quiet!! He is actually the reason we are all so Kiaasu!!! I love it!!!!!! ......but I simply dont understand how a frog can be so fat when we almost died doing the frog-step.

The fifth set of Run-Circuit-Relay was the 100 metre run and the Side-Bridge. The Side-Bridging is one of the most important exercise for those 6-pack dreamers..... like me!! So I did the Side-Bridges with passion and was very noisy as the excruciating muscle pain worsen.... 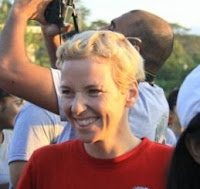 I was very proud to see Rachel Sebastian and Saroop Rampal ran and gave their full effort while running. In fact, everybody did well.