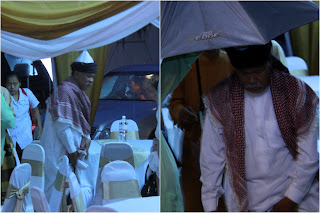 We held a Tahlil, Dzikir and Marhaban at our house on 26 February 2010 to commemorate Prophet Muhammad's (peace be upon him) birthday, prayers for our Allahyarham and Allahyarhamah relatives and Doa Selamat for my dad, Pahamin A Rajab's birthday (23 February), my sister Melor Edina Pahamin (26 February), Nawal Aini Zulkifli (4 Mac) and mine (1 March). We had a small combined celebration and prayers instead of the normal party celebration. 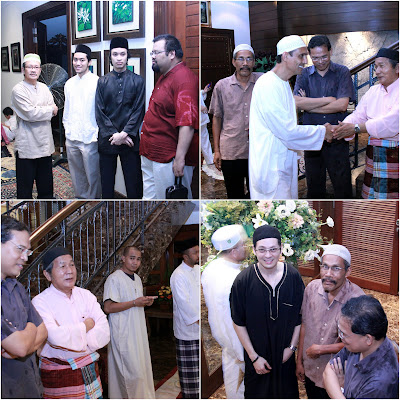 It was raining heavily, our guests arrived before 7pm to gather for Maghrib prayer but our invited
Imam, Ustaz Ropi & Co from Paya Jaras, Sungai Buloh were lost and arrived shortly before 8pm.

We invited about 150 relatives and closest friends but more than 150 came. The most senior, my Grand Uncle Tok Su Daud came too with his battalion. So did uncles and aunties all the way from Kelantan. 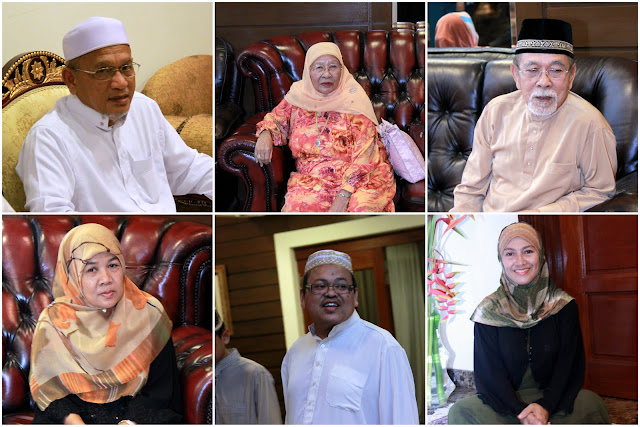 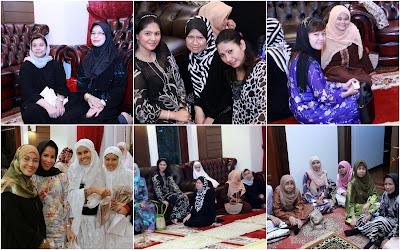 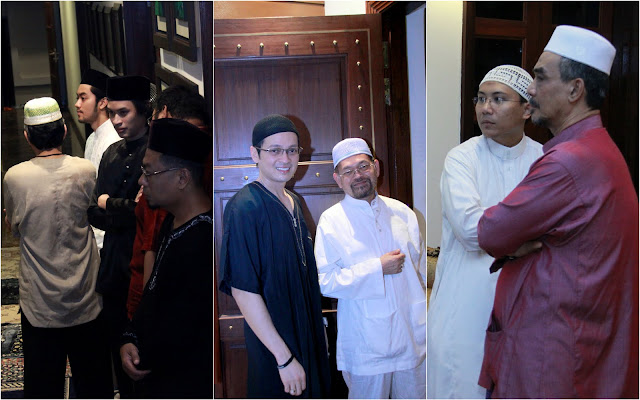 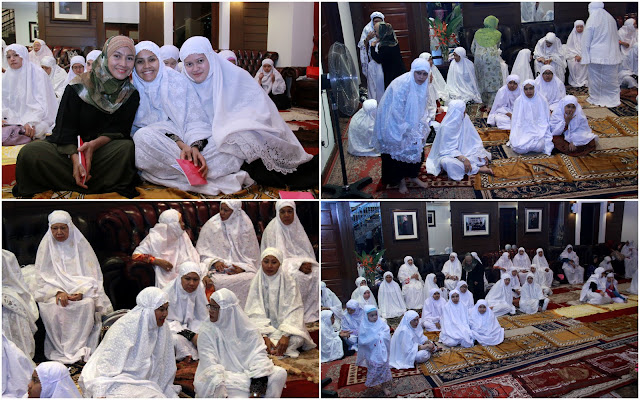 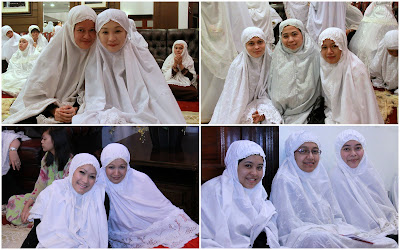 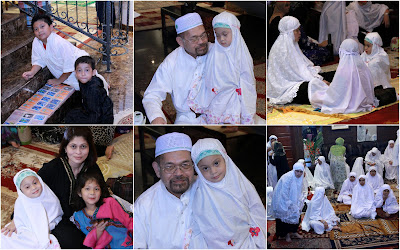 After the Maghrib prayer, we recited the Surah Yassin, Dzikir and Marhaban followed by the Doa selamat. 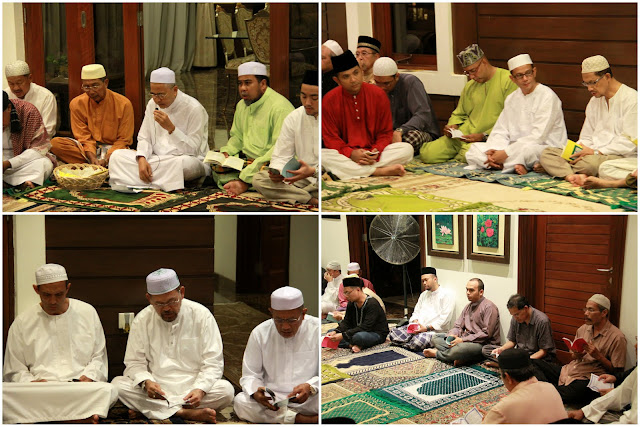 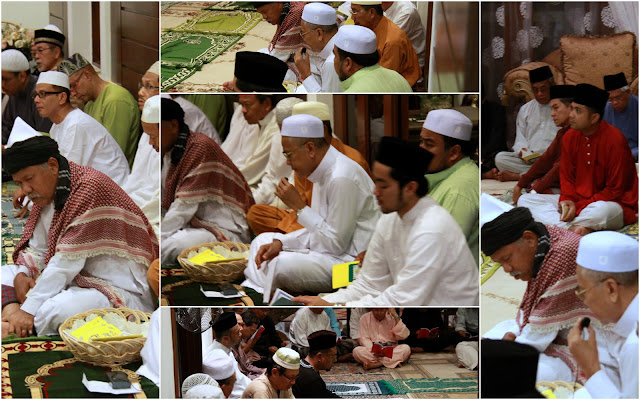 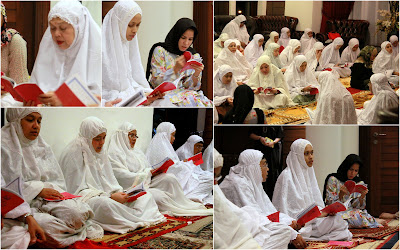 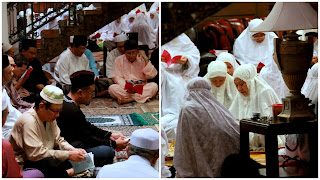 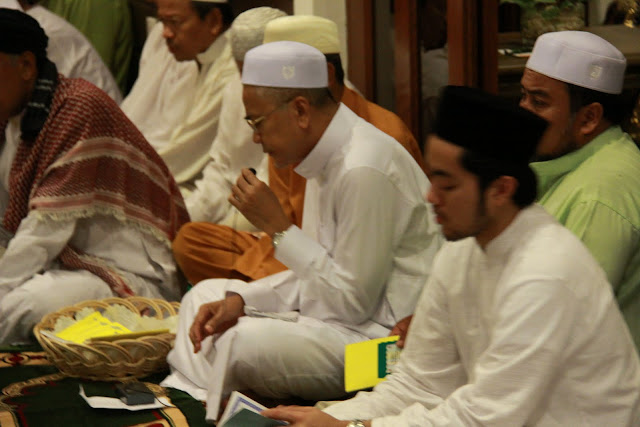 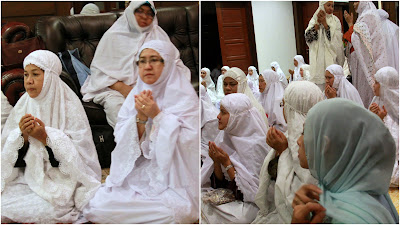 After the tahlil, we had Doa Selamat in conjunction with Pahamin A Rajab's (23 February) birthday, Melor Edina Pahamin's Birthday (23 February), Nawal Aini Zulkifli (4 March) and My Birthday (1 March). We pray for a longer, healthier, happier and prosperous life. Then we had the Marhaban and Isya' prayer before a big sinful feast. 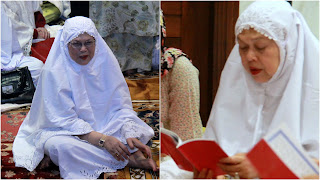 My mother... Prayer, Doa and mother's love superseded anything and everything else. I love you mum. 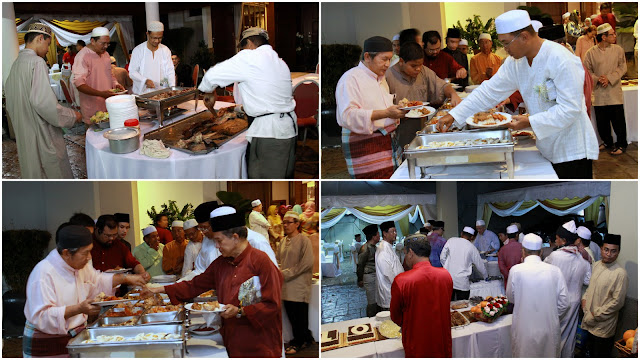 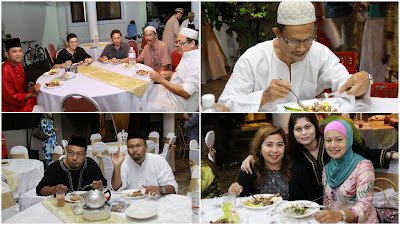 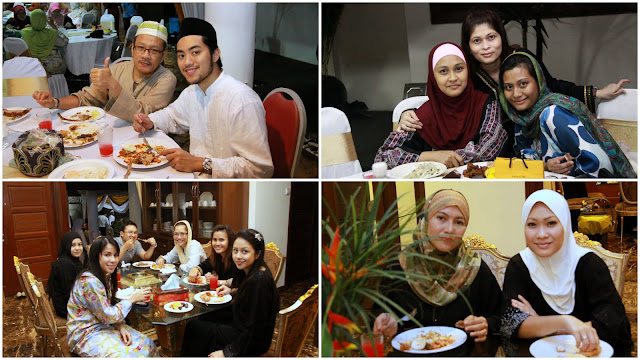 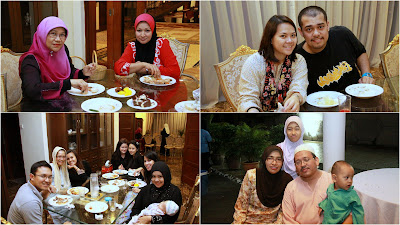 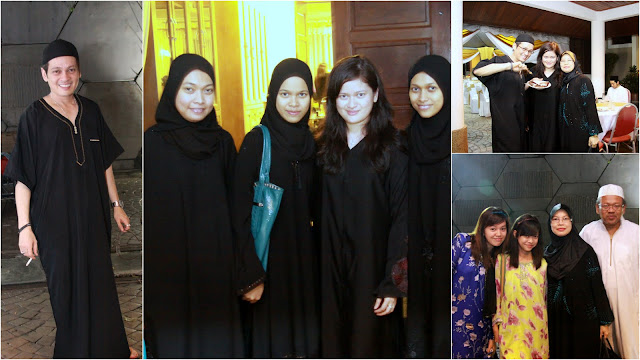 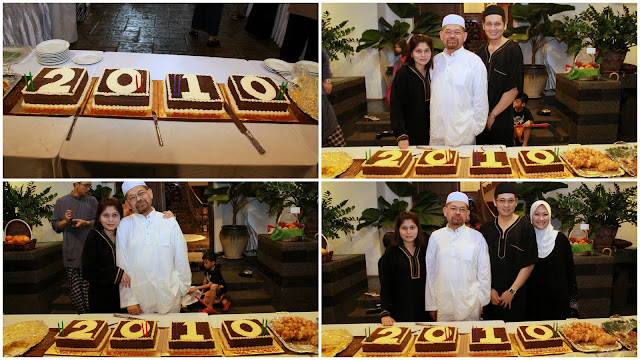 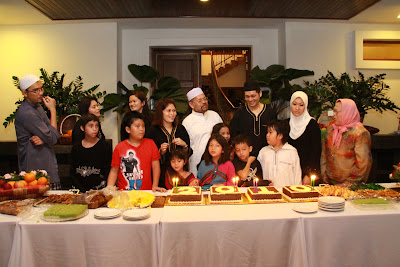 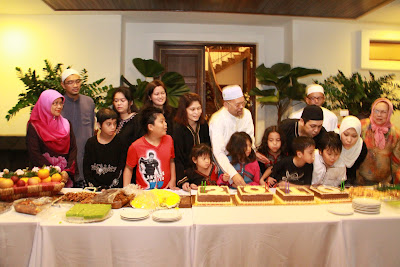 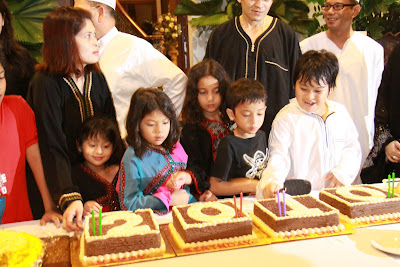 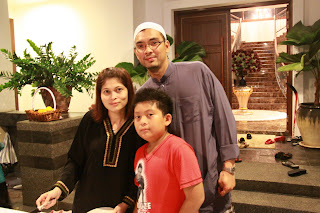 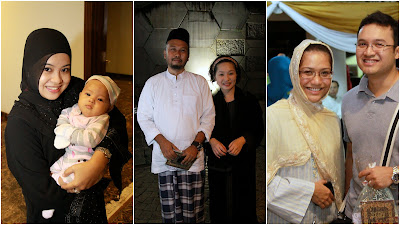 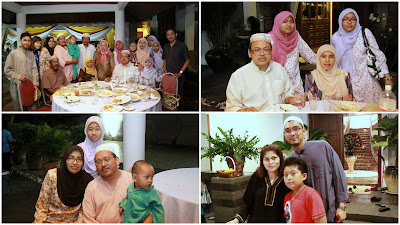 and on my birthday............ the same as last year, see Birthday 2009, an advance notification for a please NO-GIFT & PRESENT year too but I will be most grateful if you include me in your prayers instead. Thank you very much in advance for the prayer and greetings. May Allah swt bless you with good health and wealth. Amin.