Monday, 15 March 2010. 6 AWOLS and less than half recruits with only 30 people attended the 7th session. The AWOLS were Aisan Lim (Yess, Aisan Lim was absent), Ashimah, Ili Liyana Baharon, Ili Farhanah, Marcus Salama, Danial Ismail, Danny Quest, Ana Kassim and Yash Qasim. After a short warm-up session, we had the 'remix' punishment with 3 sets of 30 seconds squat pulses (with 10 seconds time added for imperfect form) and 30 Grunts (and 5 grunts extra for not counting outloud).

The first circuit was a partner base "Rifle Relay Activity". The 30 recruits were divided into two groups; namely Alpha and Bravo with one member from team Alpha partnering one recruit from team Bravo. The circuit began with both team at one rugby goal post. The partner from team Alpha started by running across to the other rugby goal post and back to the starting point at the first goal post where team Bravo are waiting by performing 10 repetitions of the following exercises.

1) Push-up with mock rifle performed by gripping the mock rifle on the ground with both hand at shoulder width apart.

2) Military push-up with mock rifle; performed by holding both rifle at thigh level and raising the rifle across the knee while sitting-up.

We managed to complete 4 rounds within the time given. It was a good recovery circuit for yesterday's Bareno run. After completing the first exercise, team alpha continued with Sarge Simran and team Bravo stayed with Corporal Faizal Ariff for the second circuit.

The Full Body Rifle Mini Grinder was exhilarating... I love it!!! We had to performed 4 exercises with 14 repetition each starting with the 'Get-ups'. While holding the mock rifle stretch straight above the head, Get-ups was performed by kneeling down on the ground one knee then another and stand up again with one leg before the other. After the get-ups, we did 14 reps lunges with the mock rifle up stretched above the head at all time. Then shoulder front raise and the diamond push up. This circuit was repeated for a fix period of time.

The third circuit with Corporal Faizal was my favourite, the Abs with Rifle Grinder.

The Abs Grinder is a set of 14 repetitions of four Abs workout that was repeated without any break for 8 minutes. The four abs with rifle workouts were the  the Rifle touches De' shoe crunch as follows: After completing 14 repetitions of the above, we continued with 14 repetitions of Sit-ups with Rifle. The rifle must be pushed across the knee while doing the sit-ups. We then proceed with the jackknife with rifle which was performed similar to the conventional jacknife below but with both hand stretched while holding the rifle. 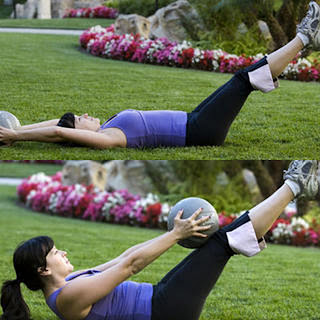 (note: the ball was replaced with a mock rifle and the leg is raised @ 90 degree)
14 repetitions of flutter kicks ... 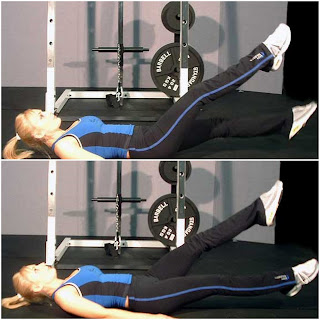 Starting position; lower legs until they’re about 1 foot above the ground  and lower arms until they’re flat on the mat with palms facing down. Keep back flat on the mat and support sides of your body with arms as you move both legs simultaneously up and down in opposite directions (when one is up, the other is down) 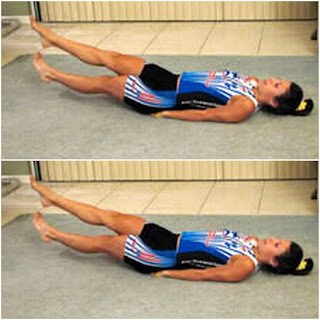 Focusing more on forms and technique rather than speed, I only managed to burn 580 calories but I can feel the muscle twitches with lots of pain which was important for muscle development.  Today's workout was a good recovery exercise to the Bareno run yesterday. 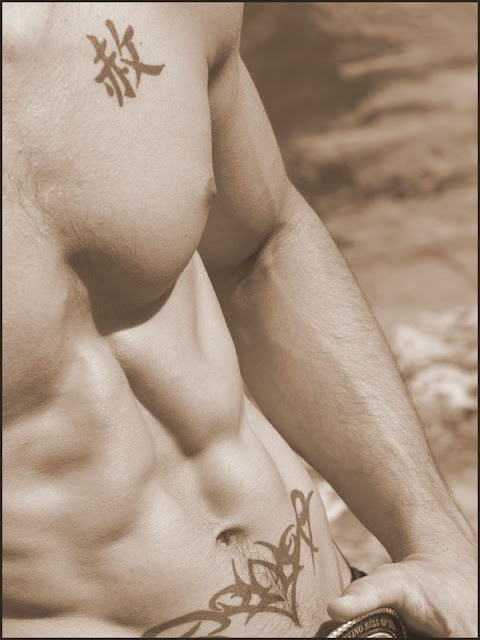 I am quite convinced the Spartan Ace with Dr Malek Aziz is achievable!!!