Knock knock knock... Ein, our house maid knocked on my Door asking if I do not have my Bootcamp training today... "Its already 5:15am!!",  she said. "What!!???? OF COURSE I HAVE BOOTCAMP!!!!", I screamed  (at myself!!) and jumped out of bed straight into the toilet and emptied the well-trained bowel, gulped 15lb water  mixed with 'Smash Fully Loaded' by Axislabs, pre-workout drink and unto my silver horse to the Bootcamp at Padang Merbuk at 5:30am. Yiiii... forgot to brush my teeth... Okay ok, too much information..

Almost broke my 100% full attendance and punctuality record.. almost but not yet and hopefully never (hear that Shobha Bala). I arrived to see Veteran recruit Farhanah Bamadhaj and Chun SSJ already ready to Rawk  the morning and saw Reza Seth, an actuarial science Risk Manager, shy'ing away all by himself at one corner. Its very typical of this man to always be by himself... soft spoken, quiet and a gentlemen. The sort that I would pick to vary the many characters to blog. 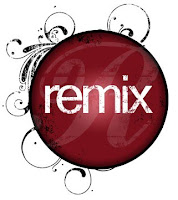 The Mandatory additional workout for AWOL and Late-Comer today was the best!!! Its a RE-MIX of 30 seconds squat pulses and 10 reps Grunts for a total of 4 1/2 sets!!! THANK YOU SCOT, DINESH, BRENDA, ....


We were then separated according to our rank and the Seals began with Sarge Sim and the mother of rope Ms Tee (Tali/Rope). The Seals were further split into three group and my group had 7 seals sharing the heaviest and longest rope. The first workout requires the Seal to stretched with both arm straight above the head lifting the fat & heavy rope and performed 4 sets of 20 seconds squat (with both arm stretched high up holding Ms Tee at all time). This is a damn good exercise to workout the leg muscle and the shoulder.

The second workout was for an equivalent 4 sets of 20 seconds lunges with Ms Tee held at chest level at all time. At this juncture, the thigh and glut should at least moan and groan but some a few people was screaming like mad... including me. The trickiest part was to coordinate the movement with others whom were sharing the  same rope. Any team member that was too fast or too slow, will be a burden to other team members but the team spirit saw everybody screaming UP, DOWN, UP, DOWN, UP, DOWN... 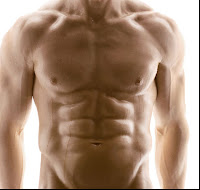 The fifth set was a Killer. Truster with rope. Performed with holding the rope stretched up high above the head, drop the rope to the ground, extend both leg backward to form a push-up position, then jumped those leg back infront whilst still holding the rope on the ground, then stand up and lift the rope above the head and repeated for 30 seconds. Suddenly, everybody became 'BISU'... speechless except for sounds of heavy breathing.

The sixth workout was again... my favourite!!!! Its the Abs workout, an important exercise for our Spartan Race amongst 4 ex-recruits. The fat rope is held at thigh level on a military sit-up position as the starting position. On sitting-up, the rope must be extended beyond the knee by contracting the abs muscle before slowing back down until the upper back touches the ground. This again was repeated for 20 seconds and for a total of four sets. I luuurve it!! I love the excruciating pain as the muscle contracts.

The last exercise with Sarge Sim was a run around the rugby goal post. From the starting Goal Post, we ran with both arm stretch up holding the rope above the head at all time to the second goal post and ran back to the starting goal post with the rope on the shoulder. It was a pleasurable run. 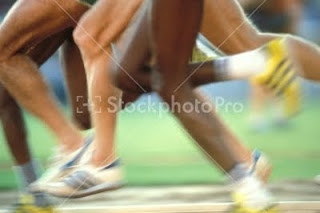 After being raped by Sarge Sim, we move on to Corporal Faisal for the next circuit. The seal went for a jog and sprint. We ran in two lines for about 1 km and stopped at the foot of an uphill route. Corporal Faizal Ariff had 3 circuits prepared for the uphill route.

The first circuit requires us to TURBO-SPRINT 50 meter uphill from one lamp post to the next and a slow jog back to start point. I paced with Biing. This was done for a total of two sets. Corporal Faizal gave a challenged by sprinting alongside with us. This was the first sprint I had with Corporal Faizal Ariff and he was fast!!

The next circuit was the knee-to-palm run which was performed with both hand fix at waist level and the run requires the knee to be raised and tap the hand for an equivalent distant of 50 meters. Corporal Faizal gave me a 'Discount' and only need to raise the knee half way up instead of raising the knee all the way up to touch the palm at waist level. Anybody is entitle for the Discount upon submission of MRI & X-ray report for knee injury.. (stick tongue out)... Thanks Corporal!!

The last circuit was running side by side without crossing the leg. Beside strengthening the leg, this exercise is one of the best to shape and firm up for a nice perky ass.

We jog together in a group as a platoon back to Padang Merbuk whilst singing "We are KL we are Proud..." then forgotten the lyrics. We had the best and funtabulous time sweating out and burning fat this morning.......... I LOVE IT!!!! Burned 680 calories today!!!