29 APRIL 2010. The first Monday is always the BENCHMARK ASSESSMENT at the OBC and today was my SIXTH ASSESSMENT having missed the first assessment in October when I joined the OBC half way through.

After a few good & dry field during the last few benchmark assessment, the field yesterday was all flooded and muddy that probably had affected our timing but it is worth noting the drastic improvement by one of our super duper Delta SANDY ROBERT. 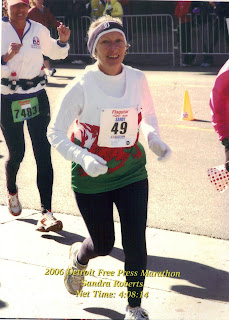 Sandy Robert, aged 52 from Wales, United Kingdom had participated twice in Detroit marathons, USA, twice in London marathon and once at the Snowdonia Marathon... in total 5 full 42km marathons and her best marathon timing was 4:08:20 in Detroit, USA in 2006.

To be strong and maintain a continuous improvement, we have to be a little bit mad and crazy... like Sandy. The OBC three times a week training is only 1/3 of Sandy's full training. Sandy will swim for 20 minutes and run for another 45 minutes after OBC's Monday session. On Tuesday, Sandy's fix routine was a 45 minutes run and a 20 minutes swim. Every Wednesday after the OBC, Sandy goes to the gym in the morning for 1 hour and aquafit for another 1 hour in the evening. Thursdays are Sandy's running day. Sandy will run from Bangsar to Pudu for a total of 90 minutes and on Friday, after the OBC, Sandy continues with Aquafit for another 1 hour. Saturdays are Sandy's long distance run in preparation for the Standard Chartered Kuala Lumpur Marathon. 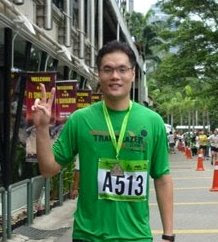 When I am younger... which I will be on every birthday, I want to be just like Chun. 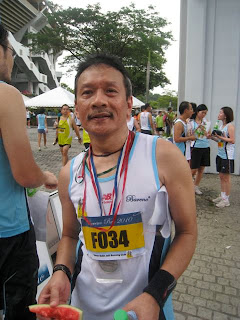 Dr Malek Aziz age 58, is the most senior recruit at the OBC. Although the most senior, Dr Malek Aziz's benchmark timing also put me and others to shame. Dr Malek recorded 8:28 for his circuit timing and 9:50 for the 1 mile run. Over and above the OBC training, Dr Malek Aziz engaged a personal trainer and worked out at the gym on non-OBC days three times a week.

These three personalities have one common similarities........... they are passionate and they did not just ACE all the TRAINING at the OBC.......... but they workout on non-OBC days too.

For more details on the timing, click here or simply click on the OBC logo at the left collumn of this blog for future reference.