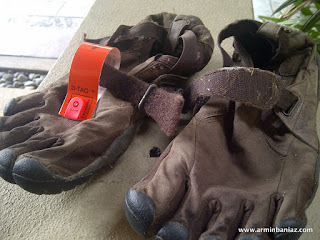 15th January 2012, University Putra Malaysia, Serdang. Completed yet another race in a striking yellow Vibram although the initial plan was to run in the brown leather Vibram. I had fixed the Running Chip on the leather Vibram but end up running in the Yellow Striking Vibram instead. As a result, my running time was not recorded but that was not my priority.

We underestimated the distance from our house to Serdang and waited for Subuh prayer before leaving at 6:15am for our first run in 2012 (err.. first run for me it was) and arrived 10 minutes before the flag-off time. We went and search for others from the Chief's Original Bootcamp (COBC) and found a bunch of COBC-Lady-Runners. There were Rienna Choo, Freda Liu, Maslina Ahmad Ismail, Viki Lim, Lilian Lee, Nawal Aini Zulkifli, Bahariah Bahadom and Rose Emini Pahamin. 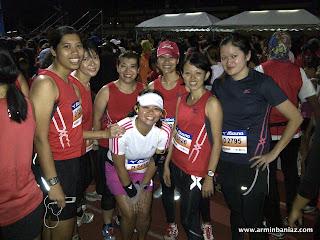 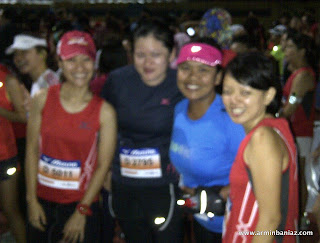 Speaking of double standard... the ladies were flag-off first, 10 minutes before the men at 7:00am. 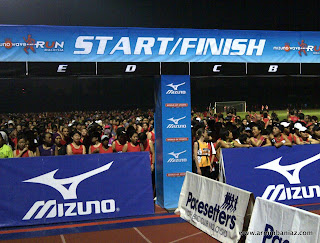 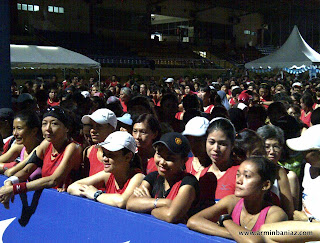 After camwhoring with the ladies, I went to search for the COBC-Men and found Jeffery Wong alone.. 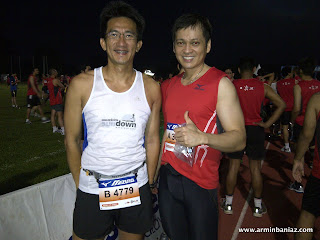 At 7:10am, the male runners were flagged-off. There were so many runners. 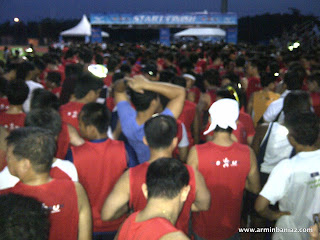 We have raced the Mizuno before.. err.. last year I think and have forgotten how hilly was the route. The route was very challenging and there were so many hills. There were endless hilly terrain but the run was funtabulous without any knee-pain. For a moment, I had also forgotten the reason why I retired from running more than a year ago. I retired from running to avoid going for both knee surgery after abusing the knees with more than 60 races in 5 years. 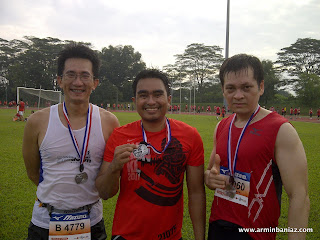 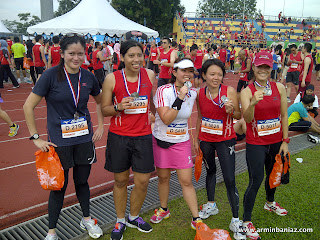 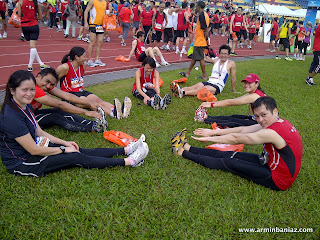 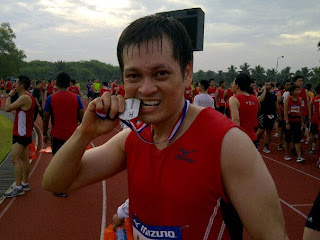 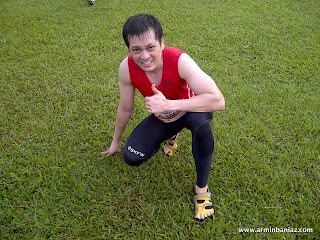 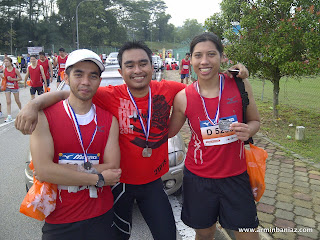 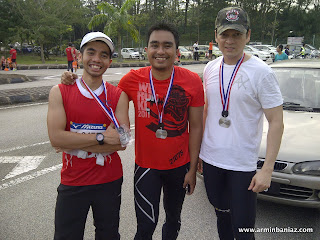 On the way back.. we met more recruits from COBC!! 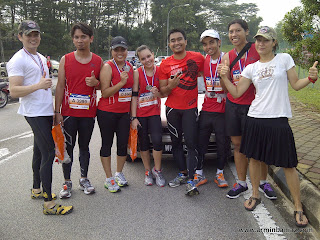 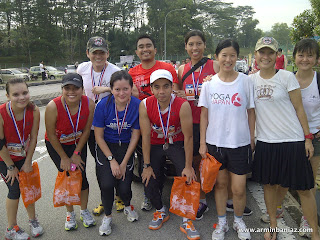 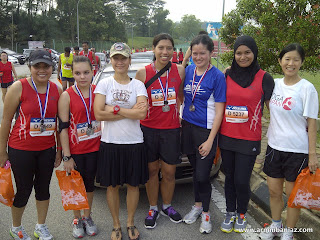 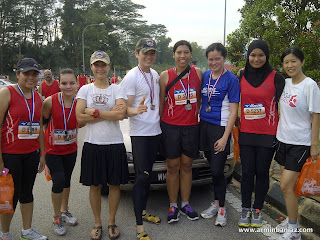 Having burned thousand of calories running the Mizuno.. we immediately spend it on.. err.. aiseyman..  sinful but delicious Nasi Lemak Ayam Goreng!! 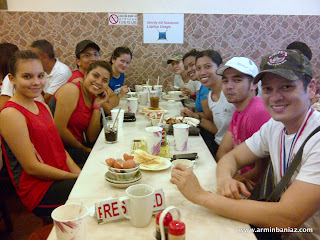 What a good weekend and a good start for the new year..!! Rose Emini Pahamin.. when is the next race? suddenly feel like running somemore!!