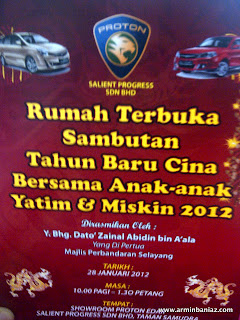 Followed by the President Yg Bhg Dato Zainal Abidin bin A'Ala before the hamper and angpaw presentation to the orphans. 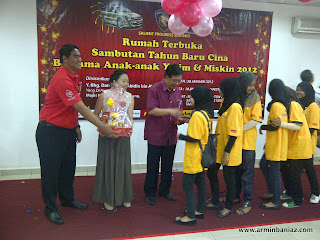 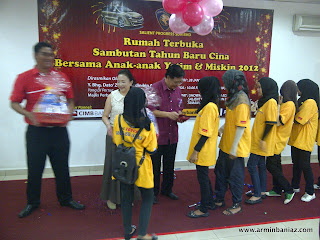 Then, on behalf of Susan Chew, Dato Zainal Abidin present a momentum to me as the VVIP for the function. (Thank you Susan Chew). 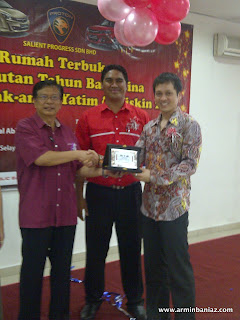 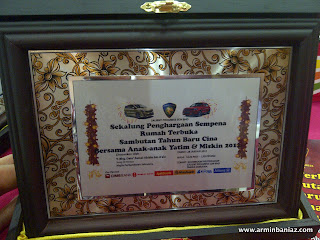 After the gift presentation to the orphans, we had the traditional Chinese Yee Sang.. my first Yee Sang for this year. 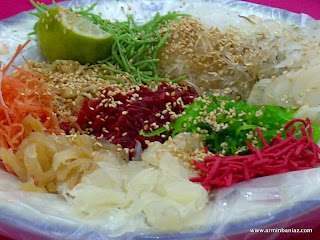 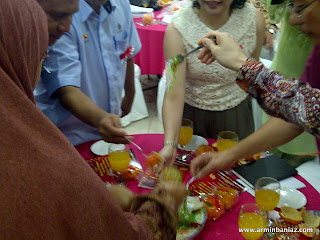 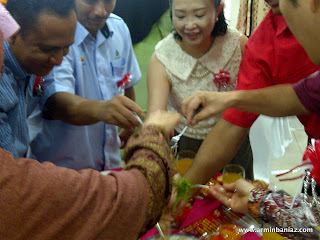 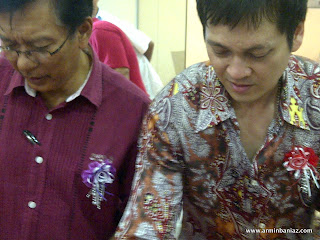 We were served with delicious meal and almost became a meal to two huge Lions... that was specially invited to give the year of the water dragon some exra 'ong'. 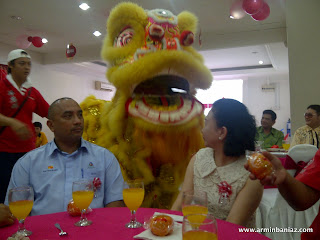 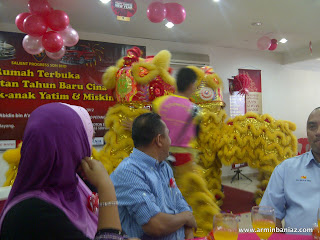 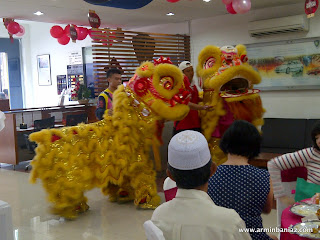 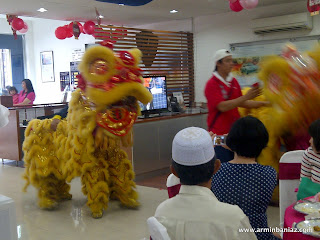 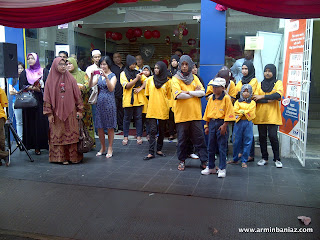 The year of water dragon is abit unstable in chinese believe and the procession was to strengthened the instability and to bring better prosper luck. 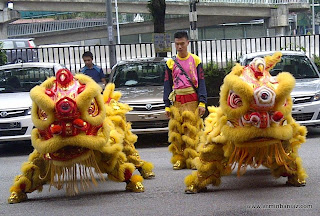 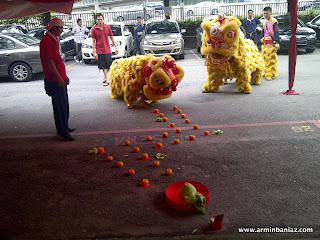 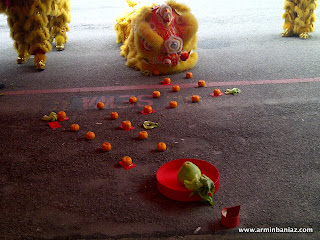 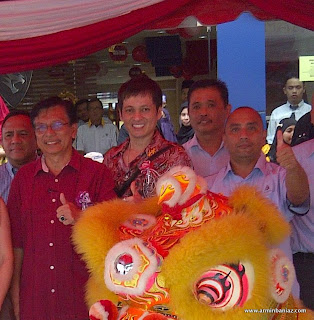 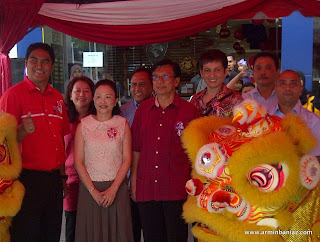 Before the event ended, we took a group photo!! 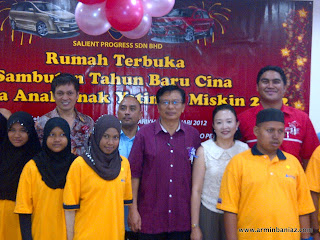 My deepest gratitude to Susan Chew for inviting me as a special guest at PROTON EDAR BATU CAVES. Congratulation Tuan Haji Nasiruddin bin Datu Ghulam for a job well done today. All the guests had a good test drive of PROTON's latest EXORA Turbo.. the BOLD & the BEAUTY!