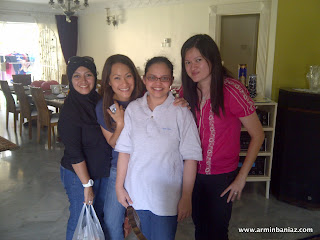 ADIBAH MOHAMAD, a Seal at COBC, an IT Specialist, a single mother, a wonderful daughter, a sincere friend and a cancer patient was even more cheerful yesterday when we met her at her residence in Bandar Utama. Adibah is always cheerful and was always cheering us while training at BU Alpha barely two months ago before she was diagnosed with a stage 2 breast cancer in November 2011. I blogged about Adibah Mohamad at HERE when I discovered her diagnosis in November last year.

Recalling the moment when Adibah first broke the news to us... we could not believe and Farhanah Bamadhaj almost freak out when we learn that Adibah came and train with us in the morning at BU-Alpha when she was due for a surgery in the same afternoon but that is Adibah.. when she is committed, she is determined and nothing could stop her. Adibah had only recently completed her second surgery to  remove all cancer tissues but that did not stopped her from giving us the sincerest smile and almost jumping when she saw us at her house entrance... although she was still in pain from the recent surgery. 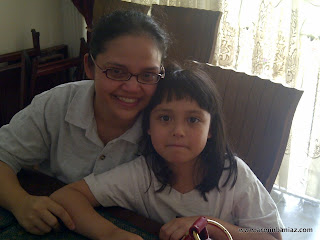 We were greeted straight to the dining table even after I had earlier told Adibah not to prepare anything because we only want to visit to see how she is coping and recovering but then.. yes, thats Adibah again.. always so hospitable.

Although we were all initially very shy, but it did not stop us from staring straight to whats being served on the table!!! Home-Made Bubur DURIAN!!! Home-Made Lai chi Kang and Chocolate cake!!! Mangosteen, CNY Oranges and laichee waaaaaa... So we helped ourselves with the food. 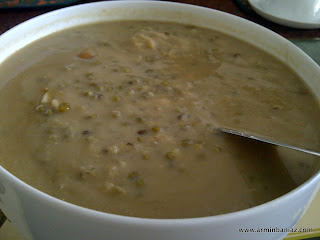 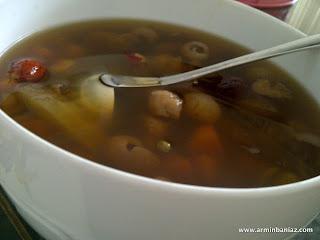 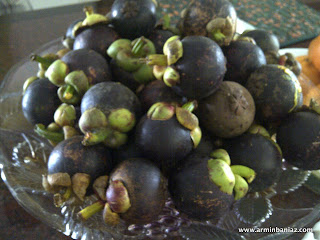 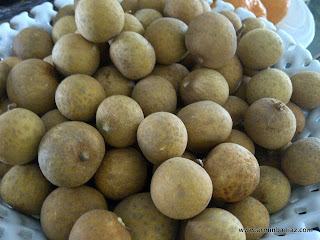 Adibah spends most of her time at home after her two surgeries. She occupies herself with err.. Korean television series!! If anyone needs any recommendation of a good Korean series to watch... message Adibah, she can also be a story teller having memorised every scene. Hamizah, Adibah's young princess was by Adibah's side most of the time. Although still young but Hamizah is Adibah's strength and the young girl is emotionally strong. While sharing some emotional moment, Hamizah said, she would stood by her mother and stay in Malaysia (instead of going back to Singapore) even after her mother's departure. Hamizah was prepared for the worst. Adibah is expected to start her chemotherapy in February next month. 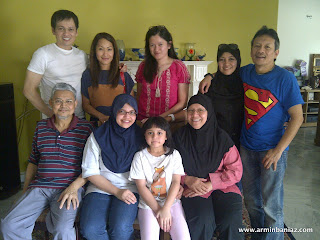 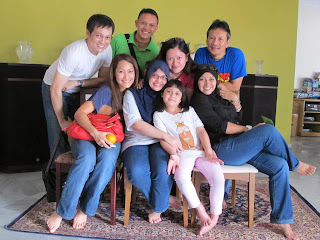 We were overwhelmed by Adibah's strong family bond. In crisis or in joy, it is the family that will stood by us through thick and think. Choices give friends and they come and go but our parent, our family will pick us up when we fall, sleep with us when we are lonely and feed us when we are bed-ridden. When they grew old, especially our parent, we must do the same. Family values and family relationship are the most important thing in life. All the best Adibah for your chemotherapy and thank you for having us at your house. Our prayer will always be with you. Amin 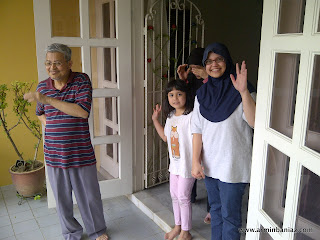 P/s- listen to the lyrics of the song.. "In the Living years", before its too late.. "Say it loud, Say it Clear"


Mike and the Mechanics - The Living Years