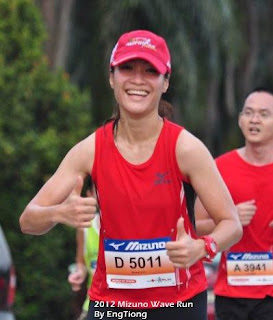 After endless of interviews and conversation with fellow COBC bootcampers, except for a few but most recruits do not have a solid New Year Resolutions. As such and as an injection of motivation and aspiration towards a better training and target for the year, we have decided to draw the 2012 New Year Resolutions for you. We noticed there are 4 types of communities within our fraternity.. the top being Runners.. Secondly, Mountain Climbers. Third, Diving and fourth, Triathletes (swim, run, cycle) and dualthon (run, cycle, run).

For now, let us list down the list of Running Events for the year 2012 (we may add more runs to the list in due course) but for those season runners, at least six 10kms, four 21kms and one 42kms. For beginners, at least four 10kms and two 21kms races. We shall bring some celebrity and season runners into our group to further motivate our recruits while run-training and may organised some running clinics. Stay Tuned for events organised for the Divers, Mountain Climbers and triathletes/Dualtheles. Birds of a feather flock together. HOOYAH!!

Which of the races should we race together?