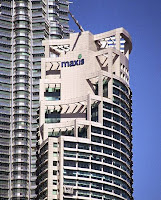 MAXIS GPRS & DATA SERVICES-
CUSTOMERS BEWARE!!!!!!!!!!!!
Have you ever checked your monthly MAXIS BILL STATEMENT for GPRS and DATA SERVICE?

21/12/09-20/01/10 Telkomsel Internet 1,698KB 41.43
21/12/09-20/01/10 NTS Internet 3,526KB 121.69
There is no breakdown given for internet usage via GPRS/EDGE/3G except for the total usage and total cost for the period/month.
For example from NOVEMBER 2009 bill statement for the period from 21/12/09 to 20/01/10, the total usage was 3KB and the total cost for the period was RM0.03.
Now, this is when the problem arose...
My mobile internet historical usage pattern can be seen from the November 2009, December 2009 and January 2010 bill statement above that recorded usage and charges of 3KB/RM0.03, 50KB/RM0.30 and 108KB/RM0.62 respectively.
I left for Jakarta for three days from 30th December 2009 to 1 January 2010.
My ROAMING MOBILE INTERNET USAGE for The 3 DAYS & 2 NIGHTS in Jakarta, was a whopping 5,260KB / RM161.12. (Telkomsel Internet 1,698KB / RM41.43 & NTS Internet 3,526KB / RM121.69)
QUESTION: How is it possible for the Total Usage in 3 DAYS/2NIGHTS can total up to 5,260KB when the 3 months monthly usage ranges from 3KB to 106KB only... I used less mobile internet in Jakarta as compared to Malaysia.
I disputed the 5,260KB roaming mobile internet usage and called MAXIS 123 for clarification. Maxis received my complain and issued  a complain no C7036696.
4 Days later, Maxis operator called and inform that they had checked, verified and confirm the cost for the 5,260KB charged is valid and true and explained to me the details of how the cost was calculated?
I never disputed the charges for the 5,260KB mobile internet usage?  I am only disputing the 5,260KB usage within 3 days in Jakarta which was 4870% higher than the highest total mobile internet usage for the whole MONTH.
I asked MAXIS call-center for further information on disputing the mobile internet usage that had suddenly increased by 4870% in only 3 days when I was in Jakarta. She was clue-less and did not know what to answer. To cut the long story short, I asked from her the detail breakdown for the mobile internet usage. she said she will need to revert back to me.
She called me later and said she will courier the detail breakdown and Maxis will charge me RM5.00. I agree to pay RM5.00.
THERE ARE TWO ISSUES TO LEARN from my predicament...............
ISSUE 1) that there is probably NO DISPUTE-CHANNEL for MOBILE INTERNET USAGE. Customers are charge without any references on usage. I am being charge for the usage of 5,260KB without being able to verify the usage-details charged!!
ISSUE 2) All the Mobile Internet package (example: RM40, RM50 or the unlimited mobile internet package at RM120) are useless.
I used the MAXIS MOBILE INTERNET all the time in Malaysia............ for EMAILS, WORK, BLOGGING, FACEBOOK, GOOGLE TALK, BLACKBERRY MESSENGER , BROWSING etc etc.... During office hour, most of my communication with my staff are via the Google Talk on mobile.
With that sort of usage... The highest Mobile Internet Usage per month was only 108KB or equivalent to only 62 SEN. and knowing this negligible charges........ MAXIS make it compulsory for customer to contractually sign a mobile package plan on packages offered.... which is a real waste of money.
Be careful when signing package plans that requires you to subscribed for internet package GPRS/EDGE/3G!!!! It is not worth it!!! Mobile internet usage will only cost you less than One Ringgit for daily use on Emails, Google Talk, Facebook, Blackberry Messenger, Yahoo etc etc..... It only cost a few sens a month!!!
For Roaming mobile internet usage & charges........ will update soon once i get the breakdown details. I am waiting for the detail breakdown for both local and the roaming mobile internet usage for verification on my historical usage pattern & charges and will update on this blog for your knowledge and information.