Friday, 3 April 2010 and its the third Bootcamp session. Sarge Simran was back after being absent on the 2nd Bootcamp session and was assisted by Corporal Elin Klemetsen Fossum and Corporal Faizal Ariff Abdullah. We had 4 AWOLSs and One late comers and a good 5 sets of 30 seconds squat pulses as penalty for the AWOL & Late-Comers after the warming up session.

Sarge Simran announced the placement of all recruits according to their ranking and the new faces in Delta are Amy Ho, Rienna Choo........... (Others...TBA- To Be Advice)

The new faces in Seals are Dr Malek Aziz whom qualified as a Delta but was placed in Seal due to his back and knee injury, Shobha Bala DBK, FFKQ was placed in Seal maybe due to her FFK'ing many benchmark assessment in the past as well as her knee problem. Aisan Lim too was downgraded to Seal due to her 'burn-out' from all the endless running events that she had been participating. (for details of the benchmark assessment timing: click HERE)

We took our water bottles and went to the field and saw 10 stations marked by orange cones with a distance of 5 meters (16 feet) from one orange cone to another. There was also a yellow cone, 5 meters further from and 5 meters to the right-side of the last orange cone. Another yellow cone was placed 5 meters on the right of the first yellow cone.

At 6 recruits per station and the Deltas on the first three stations, followed by the Seals and Rangers. Everybody had to perform 2 sets of TABATA before a sprint from their stations to the last yellow cones and back to the first yellow cone to fill up the station on a 'first-come-first-station' basis.

The TABATA exercises or 30 seconds exercise, 10 second break and 30 seconds exercise then sprint...... are as per the followings. The RULE at all time, was to sprint fastest bypassing every other recruit to fill up the station on a First-Cum-First-Station basis.

First, the Military push-up... which I managed to perform 20 repetition in the first 30 seconds, took a 10 second break and another 30 seconds push-up which I managed to only perform 15 then we sprint to the last yellow cone to the first yellow cone and happily went back to the 6 stations....... to have a complete distance from starting point and ended at the same station (but this was against the rule... but i reckon no one would notice).

Second workout was the Deep Squat. I could only manage 12 good-deep-squat repetitions within the first set of 30 seconds and 10 repetition on the second set. We then sprint from the station, to the last yellow back to the first yellow cone and to the........... 6th yellow cone again. 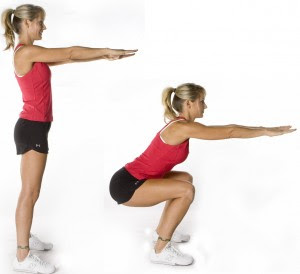 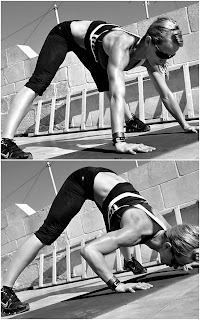 Third, was the Shoulder push-up which I targeted and managed to get a good form of10 repetitions for both sets within the 30 seconds. Then I sprinted back to station 6 but walked over to the last 10 station to worked out with Dinesh Nagalingam.

Fourth was the FROG. My heart almost explode trying to do 10 repetitions of Frog within the 30 seconds, I screamed Come On Dinesh...... we can do this!! Come On..... but actually I was trying to convince myself! We Sprinted again..... and I went back to the 6th station.

Fifth was Grunts!!! this was a Tsunami heart beat attacked!! Strenuous beyond word but I persevered with only 7 repetitions for both sets within the 30 seconds and we sprint away again.......... back to the 6th station. Corporal Elin called out Armin second station!! but I quietly walked to the 6th station. Ssshh...

Sixth exercises was my most hated.... The MOUNTAIN CLIMBERS..... This is actually one of the best exercise for the core muscle, abs and overall fitness but I just do not have that chemistry. It was a Heart-Quake moment!! but manage to complete 10 not-so-good-form repetition for both set.... and we SPRINT AWAY......... again.... back to the 6th station although Corporal Elin Klemetsum Fossum called out Armin Armin... fill up the first station. 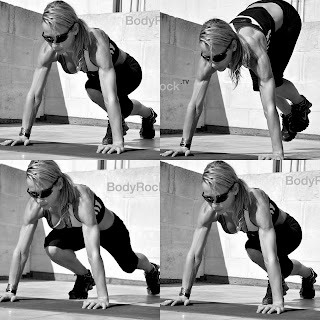 Just as I thought I could get away with it... Sarge Simran cried out again STEADY!!! ....FIRST COME, FIRST STATION BASIS!!! screamed Sarge Simran again. 20 Grunts for disobeying instruction!!! Eeek... I hope nobody notice that it was me!!

Feeling abit guilty but looking at the bright side (we get extra calories-burn), I did a 10 perfect grunts.

Eight exercise was the Elbow to Hand...... performed on a push-up position on the toe. Drop one hand unto the elbow on the ground and the other elbow and raise back up on the hand one by one.. repeated for two sets of 30 seconds and 10 second break.

Our session ended with a warm-down... While warming down, we saw Australian in BLACK OBC Tshirt. We are in Grey T'shirt, our instructors are in red t'shirt but black???? I WANT A BLACK OBC T'SHIRT TOO!!!!! 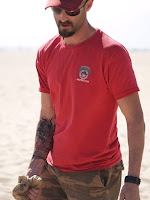 A quick whisper with James... We were informed to expect the CAGE!!! a new kick-@ass workout especially for the recruit!!

Maybe he is also in Malaysia to plan for the INTERNATIONAL PLATOON VS PLATOON???? or maybe planning the much talk about the HELL'S WEEK!!

Will get more information soon. Senior Sarge Rob Coad will be training the KL Alpha on Monday.. This is one session that we all should NOT MISS!!! I've only met Rob once thusfar in my 7 months at the Bootcamp (click here for the last session we had with Senior Sarge Rob)